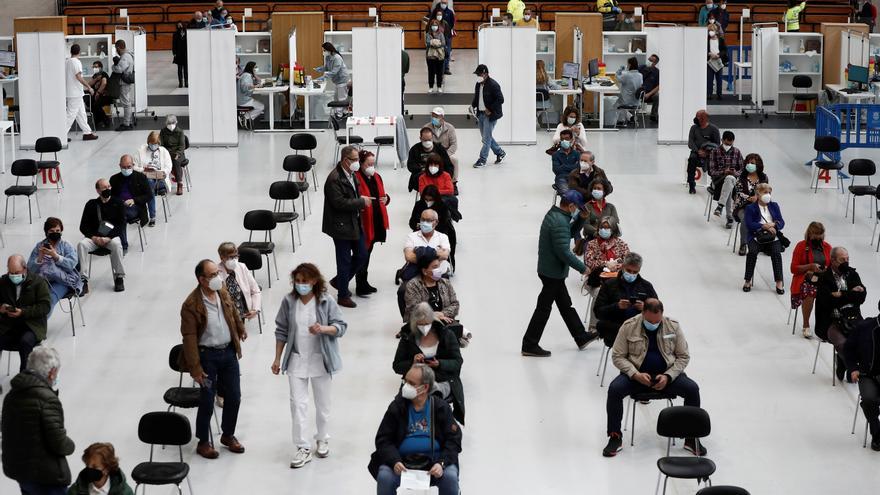 Spain has emerged from the high risk of contagion for the first time since March 30. The 14-day incidence rate has registered a new decrease this Tuesday and stands at 147.54 cases per 100,000 inhabitants, which places the country, according to the semaphore of the pandemic of the Ministry of Health, in the risk band half.

This indicator also experiences a continuous decline for 22 days. Yesterday, it was located at 151.82 infections. The incidence increases only in the Canary Islands, the Valencian Community, Madrid and Melilla.

In its latest daily report, the Ministry of Health has recorded 3,988 new infections, although the figure is not comparable to yesterday, of 11,061 positives, because the accumulated cases were added over the weekend. During the health crisis, 3,619,848 people have been infected with coronavirus.

The communities that have added the most infections in the last 24 hours have been Madrid, with 1,272 new cases, Andalusia, with 962, Catalonia, with 926, and Euskadi, with 296.

Health has also notified 70 new deaths in the last day, which raises the global balance of deaths during the pandemic to 79,502. During the last week, 402 deaths have been reported, which is the best data in this regard since September.

Occupation in hospitals also drops. This Tuesday, COVID patients admitted to the hospital stood at 6,568, representing 5.24 of the total beds. The patients in ICU are 1,774, by the 1,836 of yesterday and represent 18.03%. The communities with the highest occupancy of intensive therapies are Madrid, with 37.48% of their beds occupied with coronavirus patients, Euskadi, with 29.36%, and La Rioja, with 28.30%.

In this context, today we have learned that giving a second dose of the Pfizer / BioNTech vaccine against COVID-19 to people who had received the first dose of AstraZeneca / University of Oxford more than two months ago is “highly” safe and effective, according to the Carlos III Health Institute, dependent on the Ministry of Science and Health. Those responsible for the study that was launched a month ago to analyze this combination have presented the first results of the study, which confirm the hypothesis from which they started. According to the researchers, IgG-type antibodies multiplied up to 150 times more in 14 days among people who had received a second dose of Pfizer, than those who had only one dose of AstraZeneca, for whom they remained stable. Those of the neutralizing type increased by about 7 times.