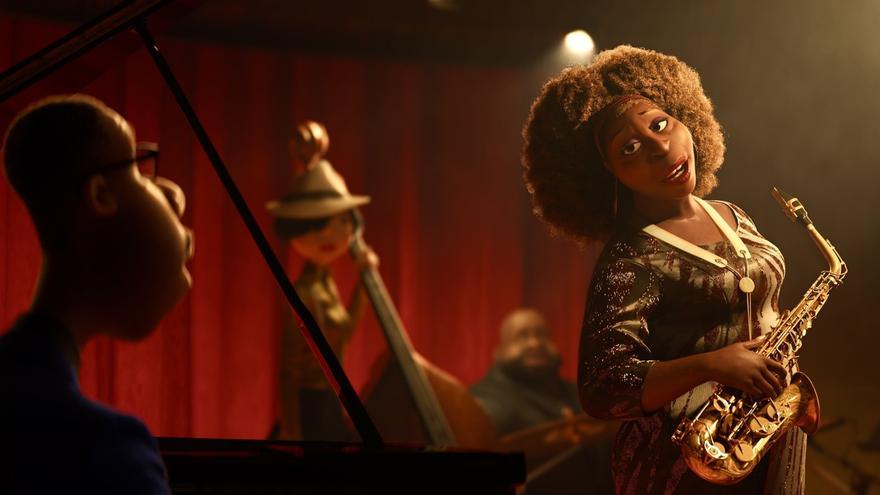 Madrid, Dec 25 (EFE) .- If in “On the reverse” he entered the brain of human beings, in “Soul” Pete Docter searches the soul to build a story that fuses music and dreams in the first Pixar film with a black protagonist, which is a new gem of these animation studios.

Maybe it lacks the irreverence of “Toy Story”, the perfection of “Wall-E”, the magic of “Coco” or the humor of “The Incredibles”, but “Soul” is a great compendium of the 25 years that Pixar has been around. revolutionizing the world of animation.

Precious down to the smallest detail, “Soul” completes the study of the interior of people that Docter began in “Inside Out” and does so in an existentialist key, trying to answer one of the key questions of humanity: what are the reasons of identity of each human being ?.

The answer is what Joe is looking for, a musician dedicated to teaching who finally gets his big opportunity, performing in a jazz club accompanying the singer Dorothea on the piano. But a small obstacle arises: you die.

When he is seen on the ladder that takes him to heaven, he does everything he can to return to Earth, but ends up in ‘The furthest back’, the place where new souls receive their personalities before they are born as human beings.

Two very different worlds, the colorful and dizzying New York in which Joe lives and the landscape of blue and pink clouds in which the whitish souls move as they wait to find the spark that completes their characteristics.

The contrast between both worlds is evident and not only because of the colors. The music, the voices and even the rhythm of the narration is completely different, to the point that they seem like two movies linked by a single character.

But it is precisely these differences that give the film a unity that is difficult to understand only with the initial approach.

You have to see the film – from today on Disney + – to understand the idea that Docter had when his son was born 23 years ago. The filmmaker realized that the baby had its own personality from the moment of its birth.

“Where did it come from? I believed that personality develops as you interact with the world. But it was clear that we are all born knowing very well who we are,” explains Docter in the production notes for “Soul.”

With that starting point, Docter, Kemp Powers (co-director) and Mike Jones developed a story in which music is a central part and is once again a differentiator of the two worlds in which Joe moves.

For the jazz music of Joe’s Life on Earth, Jon Batiste was in charge of the composition accompanying the New York scenes. And for those of the universe of souls, the managers were Trent Reznor and Atticus Ross, from Nine Inch Nails.

In addition, for the different language versions of the film, popular singers were chosen to interpret some of the main themes.

This is the case of Pablo López, who composed and interpreted “Listen to life” for the Spanish version, or the Colombian Greeicy Rendón, who sings “Así es la vida” for the Latin American.

A film conceived to be shown in theaters, as Docter highlighted in a virtual meeting with journalists a few days before Disney announced that it would be released directly on the platform due to the pandemic.

There will be no extra charge, as was done with “Mulán”, but in the transfer to the small screen, “Soul” has lost part of its soul, which needs a movie theater to shine in all its splendor.