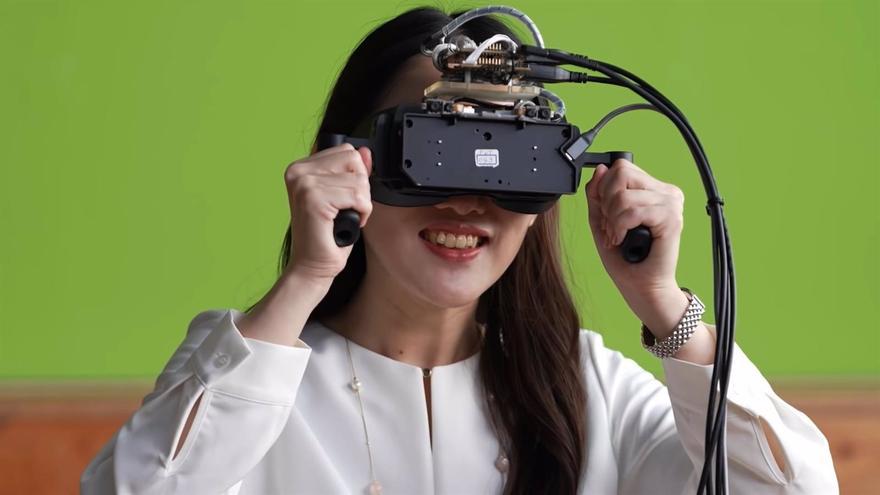 Sony has announced eight new technologies within the framework of its Sony Technology Day event, among which stands out the prototype of a virtual reality viewer with an OLED micro-screen that allows obtaining a 4K maximum resolution in each eye, for a total of up to 8K in both.

Under the slogan 'technology that inspires emotion', Sony has presented the technology for a screen mounted on a virtual reality helmet that projects a three-dimensional space, as announced by the Japanese company in a statement.

The OLED microscreens of this device allow to obtain a resolution of 4K in each eye, and combined in both eyes of 8K. This high image quality is achieved through multiple pixels and miniaturization using fine processing and advanced packaging technology.

Sony has also explained that the processing time It is reduced by reducing the amount of latency throughout the system thanks to the integration of data from multiple sensors. The user can experience high definition images in real time according to the movement of their head.

The company expects its technology to be used for industrial applications and, because of its functions, also in the field of entertainment.

Among the novelties presented by Sony, the Japanese company has also announced a system that allows 3D images to be displayed on LED screens glass during film shoots, as well as SkeleTRACK video-based motion capture technology, which uses dedicated cameras and targets football with pinpoint precision.

Other new features announced include a super resolution technology for the ray tracing oriented to content as 3D or with a high amount of data, and in which the company cinema unit is working.

The last three innovations include a stacked SPAD depth sensor for automotive LiDAR, which enables high-precision detection of light particles; a mechanism for robots to manipulate objects with sensitivity comparable to human; and the MIMAMORI platform, capable of detect climatic problems and environmental disasters before they occur by analyzing different indicators.