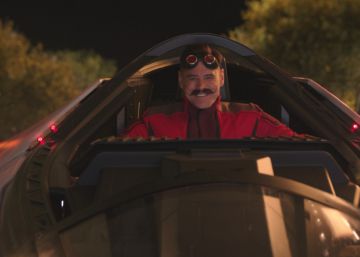 The first movie in the history of Hollywood cinema based on a video game was Super Mario Bros., Annabel Jankel and Rocky Morton directed it in 1993, and it was a major failure despite the presence of stars like Bob Hoskins and Dennis Hopper. Since then, the ancient and ancient games for recreational machines and first platforms of mythical Japanese houses such as Nintendo and Sega have been adapted to the big screen with shapes and tones so different that the resulting products have nothing to do with each other: animation (Break Ralph!) or real action (Street Fighter); fantasy (Mortal Kombat), terror (House of Dead), and even family comedies like the one released today, Sonic, the movie, based on the videogames of the early nineties of the company Sega.

But, how can a story as tricky and linear as the alien hedgehog run at the speed of sound be brought to the cinema? In Paramount, the producer, they have thought that it was necessary to pull the thread of two basic references: the structure of ET the alien and its multiple subsequent substitutes, with the arrival of the protagonist on Earth and the strenuous search for being by dangerous and dark military sides of the state; Y Alvin and the Chipmunks, both in the tone of family comedy and in the presumed comedy that emerges from the encounter between something unreal, developed with digital animation, and the human beings in charge of protecting it, with flesh and blood performers.

The result is a film whose only virtue is the lack of ambition, where an old star is laid down, today with a fallen layer, but with great capacity for gestural comedy, Jim Carrey, and an actor with some sympathy, James Marsden . The rest, melifluas situations for accompanying parents without molasses allergy, and easy laughs for children that do not exceed 10 years. Maybe in the early nineties it would have been another disaster like Super Mario Bros.; Now it can even become a success.