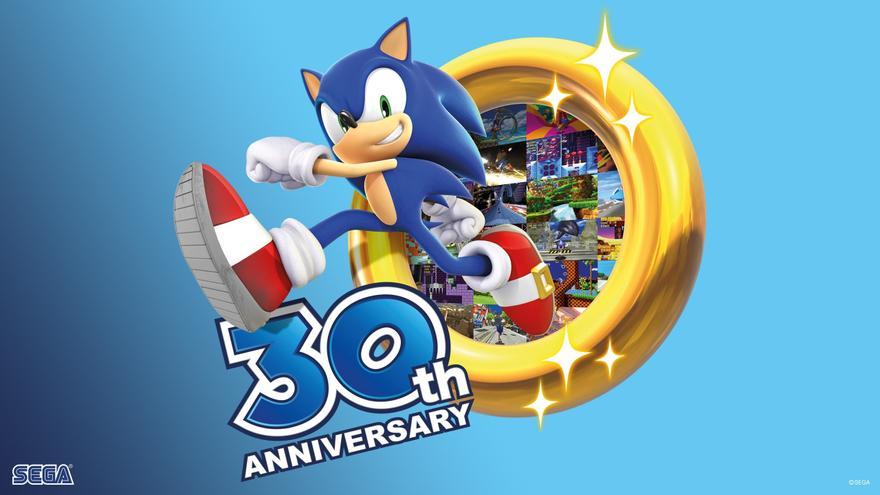 Madrid, Jun 23 (EFE) .- “Sonic”, Sega’s iconic blue hedgehog, turns 30, and, among the numerous commemorations, one of the most striking has been his recent union with the universe “Minecraft”, the successful video game construction and one of the best sellers in history with more than 200 million copies worldwide.

Sonic saw the light for the first time on June 23, 1991 for the Mega Drive, that 16-bit console that was born to compete with Nintendo and compete face to face with the almighty Super Mario Bros, his great rival in those first years of the 90s.

Now, 30 years later, Sonic has evolved in an extraordinary way and, among his changes, the most picturesque is, without a doubt, that square appearance, almost in 2D, so characteristic of the “Minecraft” universe, which has taken all characters from the saga in a DLC (downloadable content) that is already available.

Players can fulfill their desires for speed in famous “Sonic the Hedgehog” stages such as Green Hills Zone and Chemical Plant Zone, collect rings, overcome obstacles, defeat bosses that come their way, and build momentum for the highest score. .

But to celebrate 30 years of Sonic, Sega has also unveiled countless future entertainment experiences that feature “Blue Flash” as the protagonist.

One of them will be the broadcast of “Sonic Prime”, the next Netflix animated series or a musical experience with the melodies of this emblematic game performed live by an orchestra.

Sega has also advanced some juicy game-related announcements that will push this endearing hedgehog to consoles, PC and mobile this year.

One of them will be “Sonic Colors: Ultimate”, a remastering of “Sonic Colors”, the adrenaline-pumping platform title released in 2010, for PS4, Xbox One, Nintendo Switch and PC; or a teaser (commercial) of the animated series “Sonic Colors: Rise of the Wisps”, the first short animation of the character.

In addition, the company is working on “Sonic Origin”, a new compilation series that includes “Sonic the Hedgehog 1”, “Sonic the Hedgehog 2”, “Sonic 3” and “Knuckles and Sonic CD”, in which fans who Looking for a nostalgic gaming experience, you can dive into these classics.

There will also be a new “Sonic Team” game, another inspired by the Tokyo Olympics, which is now available on all platforms, numerous expansions for all the titles already on the market and special winks for their versions on mobile devices. .

For this celebration, Sonic will also star in stellar appearances in other games, including “Two Point Hospital”, the simulator in which you have to build a hospital from scratch to turn it into a masterpiece.

And there are still ways to celebrate: SEGA has unveiled a collection of commemorative merchandise for the occasion that Sonic fans will love and cherish.