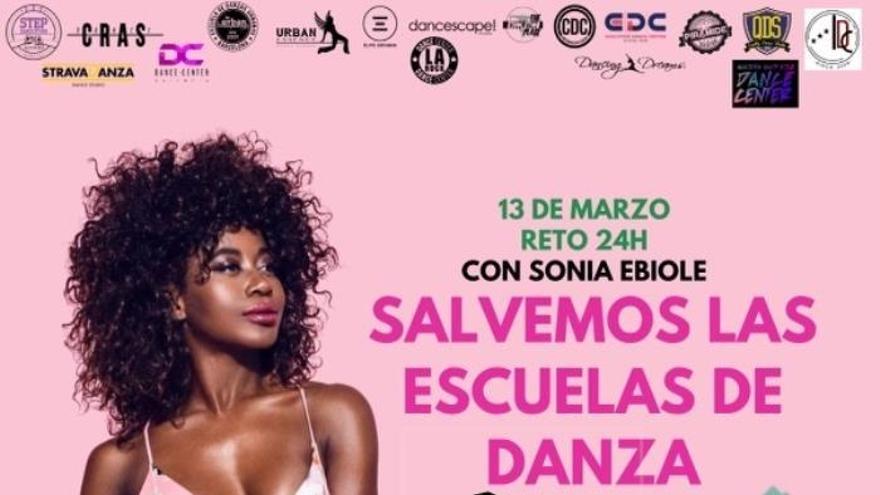 Madrid, Mar 12 (EFE) .- The dancer Sonia Ebiole will face this weekend the enormous challenge of being 24 hours without stopping dancing (from nine in the morning on Saturday to Sunday at the same time) with the aim of to raise funds in favor of dance schools most affected by the restrictions derived from covid-19, an action that has been entitled “Look at me now”.

“As a professional dancer who has been raised and raised in schools, it pains me to see how they are suffering from the pandemic. Many have had to close because they could not maintain themselves, especially in Catalonia where the restrictions have been tougher, so I have decided to do my bit to help them, since they have given me so much in my life, “an excited one assures EFE Ebiole about an event that can be followed from his social networks (@sonione on Twitter).

The dancer, born in Equatorial Guinea (1981) and settled in Barcelona since she was seven years old, began in dance when she was just eight years old thanks to her artistic debut in the Boys’ Circus. Since then, passion, perseverance, responsibility and hard work have made her rise like foam in her career, getting to work with artists such as Shakira, Christina Aguilera or Eminem, and to participate in shows such as “Today I can’t get up or“ Forever ” .

The taste for taking on new challenges and the need to help the country’s dance schools led him to project “Look at me now”, which was inspired by a hotelier: “He had started a hunger strike to save his business, and I I had been wondering for a long time to see how I could help my guild, so I came up with the crazy idea of ​​dancing non-stop for 24 hours straight, which is a sacrifice too, ”he explains.

The dancer considers that she is physically and mentally ready to carry out the challenge. He is aware that in some moments “it will be hard”, since he will not sleep and will have to perform activities such as eating dancing, but he knows that the effort “will be worth it”.

Before carrying out the event, Ebiole contacted several schools in the country to explain the situation they were going through and to propose the idea. Next, the dancer launched a crowdfunding initiative so that people can help when the event begins.

“We currently have between 40 and 45 targeted schools. We have not made any selection, since we could not decide which schools are or are not worthy of the aid. That is why we created an inscription and all those who really need it have signed up there. The resulting money after the end of the event will be distributed equally among all schools, “he says.

The event (sponsored by Ermesdance, Jungle Battle, Just Dance or RealBegines, among others) will be presented by fellow dancers Fidel Buika and Darío Sáez, and it will be possible to contemplate numerous musical styles from classical to urban, passing through Latin rhythms and the African to the most modern contemporary.

“We have created a very fun and dynamic event, in which all kinds of people and of all ages will be able to participate. Dance has no limits, it will be a space for everyone, of vindication and help, but without drama, very lively, we already have enough dramas throughout the days, ”he says with a laugh.

During the 24 hours that the challenge lasts, different dance artists such as Vicky Gómez, Lola Índigo or Úrsula Aguilera will go through the stage; of the theater (like the monologue of Goyo Jiménez); or music (like Rosa López, El Chojin or María Isabel), to support its broadcast.