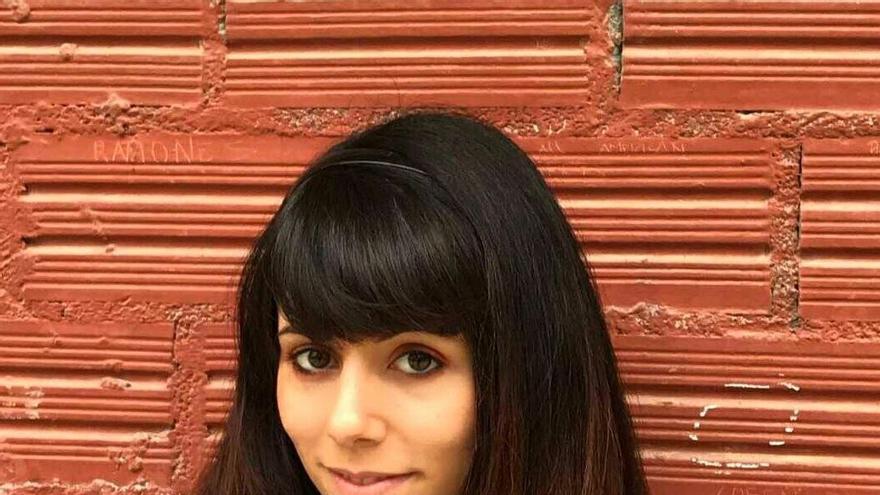 What would a walker do when he found an abandoned newspaper next to a garbage container? She probably wouldn’t notice him. Or perhaps he would leaf through it and put it back in the same place, perhaps occupy a few minutes of his thought. But he could also take it away; then I would have days and days to read carefully, I would become more and more curious about the person who wrote it. He would begin to imagine his life, he would need to know new details: it would stop being a simple foreign text to become an obsession.

This is what happens to the protagonist of I will be alone and without a party , the first novel by Sara Barquinero (Zaragoza, 1994), published by Lumen (Penguin Random House). The real event of finding a newspaper in the middle of the street in 2017 served Barquinero, then a Philosophy student and now a doctoral student specializing in Kant, to first write an academic paper. In 2018 he obtained a creation scholarship at the Student Residence with which he published his nouvelleTerminal (Milenio, 2020), and in parallel he began to develop a fiction around the manuscript. “I have always been very interested in literature that has to do with found objects, texts that have to do with handling real documents,” he explains to elDiario.es.

The real document, in this case, is the diary of a woman named Yna, which functions as the chronicle of a crush that happens in Zaragoza in the 90s: Yna continually thinks of Alejandro, wonders where he is, eagerly awaits his return. , proclaims his love, even though they have only spent one night together. The protagonist of I will be alone and without a party, who lives in our present, finds the manuscript by chance and gives wings to his own obsession. What at first seems an anecdotal finding becomes, as the plot progresses, a pretext to exorcise his own ghosts, an excuse to escape from a reality that does not satisfy him. The protagonist of I will be alone and without a party, whose name is never revealed to the reader, has everything: partner, work, friends … but deep down, she does not feel linked to the life she has built, and the concern to find out what happened with Yna and Alejandro becomes a flight forward, also on a journey through the Spanish geography: Zaragoza, Bilbao, Barcelona or Peñíscola are some of the places that the protagonist visits, following in the newspaper’s footsteps.

There are those who see echoes of Roberto Bolaño or Julio Cortázar in Barquinero’s text, but the author cites among her closest references authors such as the Hungarian László Krasznahorkai or the Mexican Eduardo Ruiz Sosa, in whose works, War and war and Memory anatomy, is the subject of singular memory, that of those who lack memory because they are not great figures. Also, in relation to the amorous neurosis that backbones the entire novel, the writing of Annie Ernaux and the thought of the sociologist Eva Illouz are present as literary inspiration, who in The end of love inquires about the dissolution of ties and the lack of commitment that governs the affective ties of late capitalism.

Precisely, the concept of “negative relationships” that Illouz coined is very present in the plot of I will be alone and without a party: the protagonist does not feel any attachment towards her partner or practically towards her friends; she flees from any kind of tie, but she doesn’t want to be alone either, which leads her to have many casual encounters with strangers. Only one of them, Julián, whom he meets during his search, ends up leaving an unexpected mark. “For a long time, totally flooded monogamous relationships worked not only because of the knight errant but also because of the woman who waited for his love all her life,” says Barquinero. “That is already broken, but since men in general lack a suitable emotional education and we refuse to be tied to according to what things, relationships become a kind of capitalist consumption of bodies.”

“I was interested in investigating the intersection between the break with romantic love, the consumption of bodies and a reactionary return to the past,” continues the author. “We do not want ties but we do want permanent affection, and many times the only way we want to commit ourselves emotionally is through an obsession that is almost worse than romantic love.” This is what happens to the protagonist, who transforms her detachment into an idealization that is not the solution to any of her problems. The text, with a frenetic rhythm that perfectly translates the growing obsession of the protagonist, does not offer any answer either, although Barquinero was interested in showing “the need for a new emotional education without wanting to fall into a reactionary nostalgia.”

I will be alone and without a party it is, basically, a reflection on vulnerability, an attempt to capture the difficulty of balancing the reaffirmation of our individuality with the feeling of belonging to a community. It is not easy to be vulnerable to our loved ones, or even to people who only accompany us one night. Sometimes, as in this novel, a chance discovery can break the fragile balance, cause us to rethink our ties, perhaps our entire lives. It is about finding, as the protagonist says, a middle ground “between the intensity of one love and another, from absolute despair to total indifference, from perverse jealousy to the most sincere boredom”.