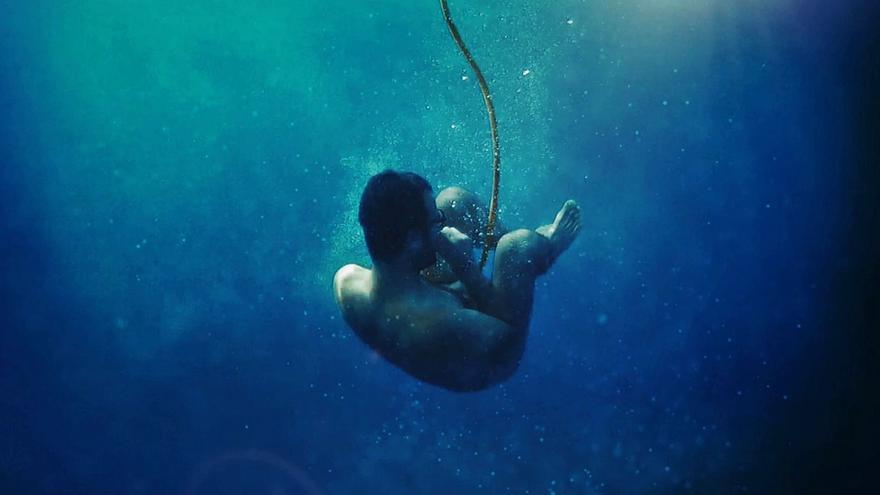 “The film is an exercise in self-fiction and mockumentary with a part of a film diary, but it is not an autobiography, because the protagonist is not exactly me, although it is quite similar to me,” says Fuentes. And the fact is that, in its first sequences, the film incorporates numerous real images, with Super 8 textures, of everyday episodes recorded with his partner, the photographer Virginia Park, and their common son, Hansol Fuentes Park. But in the development of the footage, they lend themselves to a fictional game that ties together the conflict and tensions of the plot, with resonances from Richard Linklater’s filmic exercise, Boyhood (2014), shot over 14 years.

“The idea of ​​Sometimes love came four or five years ago, although I had been preparing it for 20 years without knowing it, because as a filmmaker I have always recorded things from my life and my environment, feeling that perhaps they could serve as creative material,” he says. “And its central theme is the roller coaster of love, based on the idea that love is born, grows, reproduces and dies. But what happens next? ”Asks the filmmaker, who places at this inflection the starting point of an initiatory journey to the center of his own existence through a camera that looks him straight ahead.

“As a filmmaker, I always say that sometimes you have to tell a lie to get to the truth,” he says. “That is why I defend this film as a fiction, because it is the story of a film director, where I play a lot with cinematographic language and its possibilities, and because it also tells the story of whoever sees it.”

An image of Fuentes before the mirror and the camera. | | LP / DLP

An image with the entwined hands of José Víctor, Virginia and Hansol. | | LP / DLP

Along these lines, Fuentes accredits that the script of Sometimes love was forged from a collaboration between the three characters, with the intervention of chance in the different fictions open to improvisation -and with a brief participation of the actor Luifer Rodríguez- . Specifically, the new scenes were filmed over the past two years as a shared family trip, where real searches and invented twists intersect.

Since then, the project A Sometimes Love has won the first MiradasDoc International Pitching Award in 2018 and the Advisory Award granted by the Institute for Film Training and Research (IFIC) that same year and, with the support of the Government of the Canary Islands, the Cabildo de Gran Canaria and Televisión Canaria, the film was filmed between Las Palmas de Gran Canaria, La Palma, Korea, Chile, Mexico and New York.

After its absolute premiere last March in the aforementioned documentary competition in Tenerife, the feature film will compete in the Canarias Cinema section of the Las Palmas de Gran Canaria International Film Festival next April. “The film is quite heavy on an emotional level and the audience is generally shocked, because the changes of register that occur throughout the film around the protagonist’s fears and nightmares are not expected,” he reveals. Fuentes, who has already closed an exhibition contract with Televisión Canaria and is also in talks with Movistar +.

Regarding the interest that this film experiment arouses, the filmmaker emphasizes that “one of the strengths of the film, which did not even occur to me when I was filming it, is that it is narrated all the time from my point of view as a male subject. And that subjectivity in which a man looks at the camera and talks openly about his feelings is, unfortunately, not very usual in the cinema ”.

However, for Fuentes, the fundamental substrate of Sometimes love lies in the questions. “This movie is an essay on love; an attempt to answer what the hell love is and to question the selfish clichés that we have been taught about romantic love, ”he says. “In the film I say that my wife and son did not change my life, but destroyed it, and there is nothing left of that previous life. And today I assure you that I really am a lucky guy, because thanks to them I have a fuller life, full of true love, “he concludes.