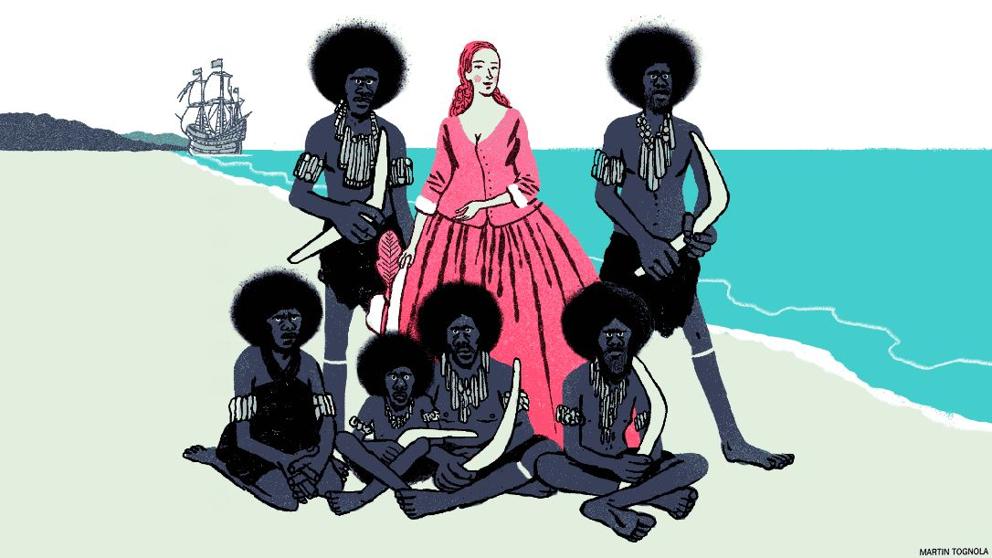 When the circumnavigation of the Earth Louis Antoine de Bougainville concluded in 1769 and Captain Cook in 1771, the Europe they arrived at was not only that of the Enlightenment, but also that of the incipient Industrial Revolution and prelude to the French Revolution. It spread like wildfire the good news that in the southern seas there was an archipelago that was a true earthly paradise since there was no need to work in it, because there was plenty of fruit, fishing and hunting, women did not cover their breasts and free love was practiced as if such a thing.

The Polynesia it soon became a imaginary country that burned the libido of not very repressed Europeans. While Diderot turned the matter around and Rousseau speculated on the good savage, brothels were opened in Paris and London that offered their clients the chance to taste the charms of a Polynesian stone cardboard. There were flowers everywhere, small waterfalls and girls, supposedly with Polynesian features, who only wore a grass skirt. Of course, there were also barefoot youth dressed in some striking pareo.

A Polynesia of pure fiction

Cook and De Bougainville's books recounting their exploits were sold as donuts, as were half-naked prints native to the South Seas. But while Europe entertained itself with lascivious thoughts, Polynesians died like flies because of the venereal diseases that European sailors brought to their shores in their ships. But in Europe that was no more than an easy nuisance to ignore, and the demand for literature based on the people of the South Seas produced a barrage of writings that offered readers a Polynesia of pure fiction.

The aboriginal Australians, on the other hand, were given an antithetical treatment. Far from praising or even trying to understand their customs and culture, they were labeled as cannibals, ugly, primitive, violent, dirty, evil … The collective aversion that was created towards them served to appease the bad conscience of the settlers they occupied their lands by force, as well as that of the Mandamases in London who ordered such a merciless invasion.

Soon a buoyant market was opened for novels based on stories (real or invented) of shipwrecked people who come to the mainland only to suffer spooky torture before dying atrociously at the hands of a tribe of 'savages', especially if it was a helpless young woman With the skin whiter than snow. Even when these stories were based on real cases, in the version that English readers read of the supposed facts, there used to be no more truth than the name of the castaway, although sometimes it was precisely this one who fabled the most.

In 1836, a ship that had sailed from Sydney bound for Singapore sank 200 miles off the northeast coast of Australia. The captain's wife, Eliza Fraser, was taken by the waves to an island inhabited by aboriginals of the Badtjala tribe, in whose company she spent six weeks before being rescued by an escaped prisoner. This story, that is, the versions published in the press of the metropolis, captivated the imagination of millions of readers.

Upon his return to England in 1837, Widow Mrs. de Fraser was introduced to the Mayor of London, Thomas Kelly, who by chance owned a small publishing house. Seeing a top-notch business opportunity, Mr. Kelly commissioned John Curtis, a journalist from The times, who wrote a version of the story full of cannibalism, torture, rape and all the essential ingredients to ensure it was a bestseller.

Nobody was interested in the true stories of shipwrecked people who did live with the aborigines for some time and then praised their kindness and culture. Some of these stories were not published until the end of the last century, almost of estranjis. Something similar has happened with the Indians and the Inuit of the United States and Canada, where a few lies of colonialism also survive.

P.S. From shortly after the publication of the book by Curtis and until today, the island to which it was carried by the waves Eliza Fraser bears his name, Fraser Island. Australian Literature Nobel laureate Patrick White wrote a novel based on his story, A border of leaves (1976).

Billie Eilish and Lizzo: the Grammy is their business

Photo gallery of all the winners in the Goya 2020