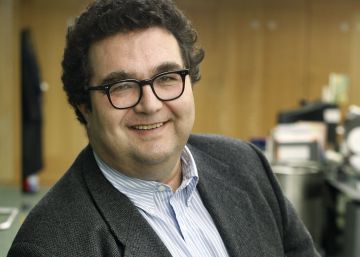 Seventy years after its original publication, 1984 (Pocket-size), the famous dystopian novel by George Orwell, the American media are still wondering why the overwhelming validity of their political prophecies. Only today, after the resounding failure of Soviet-inspired communism in most of the planet and its monstrous hybridization in China, analysts place the emphasis not on Stalinist-rooted totalitarianism (omnipresent in 1949), but on what is in the very drift of the current liberal democracies. The novel, which in 1984 returned to sell more than four million copies worldwide, continues to produce huge benefits to its beneficiaries, the Orwell Estate: although in some countries it is already in the public domain, in the United Kingdom it will not be until 2020 and in the United States until 2044, which means that the business is far from being exhausted. Significantly, the largest spikes in book sales in the US have taken place, in addition to 1984, during the early 1970s – when the Watergate scandal broke the confidence of millions of Americans in the system – and after the arrival of Donald Trump. to the White House, when it also happened, on account of the president's aggressive antifeminism, the spectacular "rediscovery" of The story of the maid (Salamander), the "speculative fiction" of Margaret Atwood. The world is now more like that of 1984: denial, revisionism and constant rewriting of the past, extreme control as a consensual consideration in exchange for the always precarious security, abuse of language (the newspeak seems to us a primitive caricature manifestation of the politically correct). The dystopian world of Winston Smith (so well interpreted by the little expressive John Hurt in Michael Radford's film) is much closer to us than Rubashov's in Zero and infinity (Debolsillo), by Arthur Koestler (1940), more politically marked by the reality of Stalinism. Although Orwell knew of Koestler's novel, his most direct literary inspiration is found in We (Akal, Chair), by Yevgueni Zamiatin (written in 1921 and banned in the USSR until 1988), which the Briton read in French translation; his narrator, D-503, a citizen of a "panoptic state" – whose maximum leader, the benefactor, watches and controls everything – is at the origin of Winston Smith's character. In any case, it surprises the very long progeny of political dystopias from the beginning of the 20th century, from The iron heel (1908, Akal), by Jack London, on; among them there are some of clear affiliation, such as A happy world, by Aldous Huxley (1932; Debolsillo, Chair), or the great The dispossessed, by Ursula K. Le Guin (1974, today incomprehensibly exhausted), and others in which the dystopian vein is evident, as in Invited to a beheading, by Vladimir Nabokov (1935-1936, RBA, Espasa), Anthem (translated sometimes asLive!), of Ayn Rand (1938, Sacred Scream), or The pianola, by Kurt Vonnegut (1952, Hermida). As for the Hispanic progeny of the most famous dystopias, it is also very abundant, and deserves another comment. In any case, among the best of recent years, I recommend, in addition to the trilogy of Bruna Husky, Rosa Montero (2011-2018, Seix Barral), Surrender, by Ray Loriga (2018, Alfaguara), and above all The system (2016, Seix Barral), by Ricardo Menéndez Salmón. To be continue.

The first time I crossed a few words with Julián Rodríguez Marcos (JRM) it was at the beginning of the millennium in the chaotic office that Constantino Bértolo had in Debate; and the last one was a few weeks ago at the Madrid Book Fair, in the group of booths that Periférica, the publisher that he founded with Paca Flores in 2006, I shared with the other Context partners, where he recommended me -and what good recommendation was- Hurts, black thorn, by Claude Louis-Combet, a hard and beautiful novel that gives the measure of his idea of ​​what a literary and demanding catalog should be, critically attentive to the market (and trends), but with enough personality and audacity to track work in its margins. Between those two dates I met him sometimes in which we do not talk too much, but in which we find literary, musical and artistic affinities (Pedro G. Romero, for example); so, more than friends, I suppose we were empathic acquaintances: I always thought that the underground current of sympathy (those things tend to be reciprocal) that I felt for him and for his work (I refer to his short and naked novels, to his task as editor, to his gastronomic and traveling recommendations) had something to do with that we shared first surname and quite overweight carried with dignity (he, much younger, could afford to always wear black). JRM has been, along with Paca Flores, one of the most important independent publishers emerged in the fertile harvest of the first decade of this century, when the traditional edition, with some exceptions, seemed to flow through a safe path, always fishing in the same fishing grounds and little attentive to the rich pools left by the sea next to the rocks. Audacious and enterprising, he founded his publishing house in Cáceres, demonstrating ironically – and in what way – that there was editorial life in the "periphery", beyond Barcelona and Madrid. And, at the same time, he published short, naked, synthetic novels, in which only the essentials were recorded (I recommend the short trilogy The improbable and other novels, Pocket-size). His death, more premature than usual in the rancorous Grim Reaper, hit us like a blow: Gracian wrote that for the old (a category to which, alas, I am getting closer) death is arriving to port, and for young, a shipwreck. The death of Julian, full of life and projects, leaves us those who admired him a little more shipwrecked.