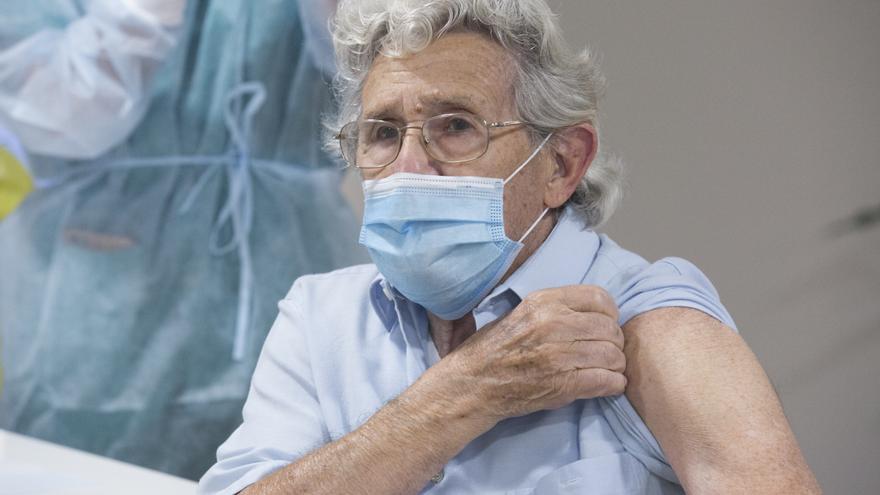 Until yesterday the immunization of 273,691 people who have already received the complete vaccination schedule in the Canary Islands, which represents 14.63 percent of the target population (1,871,033 people).

On the other hand, in the Archipelago there are already 561,132 people who have received, at least, a dose of the vaccine, that is, 29.99 percent of the target population.

The Ministry of Health recalls that this Saturday and Sunday, May 15 and 16, people residing in Tenerife and Gran Canaria over 60 years old and who have not received the first dose of the COVID-19 vaccine can go to get vaccinated without prior appointment from 10:00 a.m. to 5:00 p.m. at the vaccination points set up at the Santa Cruz de Tenerife and Magma Fairgrounds, in Tenerife, and at Infecar and ExpoMeloneras, in Gran Canaria.

The objective of the initiative is to complete the vaccine inoculation process among the target population over 60 years of age, which is already more than 90% vaccinated in first doses, and vaccinate the most vulnerable groups as soon as possible, as stated the Vaccination Strategy against COVID-19.

This appeal, which also includes Muface, Mugeju and Isfas mutualists, is made to facilitate vaccination for those people who for work reasons or due to some type of incident with their citation have not been able to get vaccinated at the usual times. At the vaccination point, they must present their health card and DNI, and they will be administered the corresponding vaccine according to their age group, in accordance with the provisions of the Vaccination Strategy against COVID-19: Aztrazeneca to people between 60 and 69 years, and Pfizer, Moderna or Janssen to those over 70 years.

Group 3 is already one hundred percent with one dose and 28.92 percent with two doses; and group 6, 46.26% with one dose. Of group 7, which includes the population under 60 years of age at risk of severe COVID-19, there are 10,945 people who have already been vaccinated with one dose, 61.71 percent of the target population.