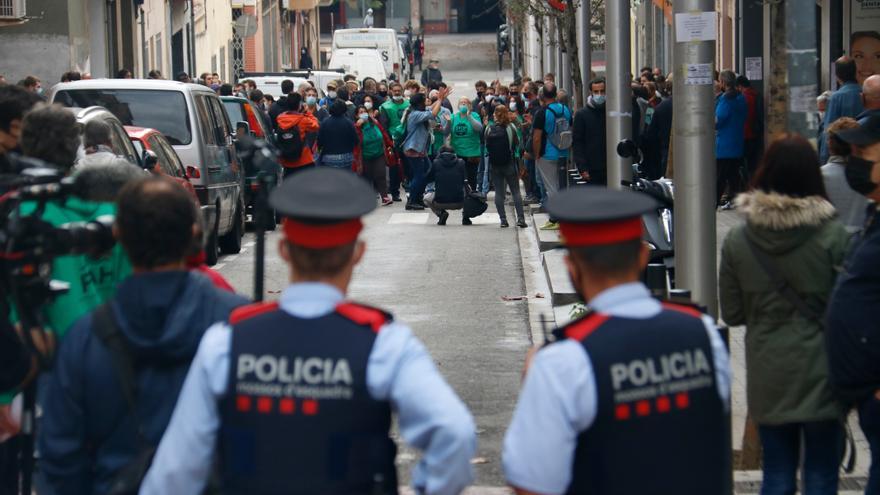 Who can not applaud that the evictions of people hit by the bloody crisis in which we are up to our necks are prevented? Protecting the most vulnerable is a necessity and an obligation that we have as a society. But it has to be a solidarity effort and should not be carried solely on the owner's back.

We all know that the right to decent housing is enshrined in our Constitution, but poor Article 47 is a dead letter: "All Spaniards have right to enjoy a decent housing and adequate. The public authorities will promote the necessary conditions and establish the pertinent norms to make this right, regulating land use in accordance with the general interest to prevent speculation. "Any resemblance to reality is purely coincidental.

It is not necessary to explain the enormous difficulties in accessing a home for a large part of our fellow citizens. 43.3% allocate more than 40% of their salary to pay the rent. Property, let's not even talk.

However, the triumphalism with which United We can first present an amendment to the Budgets drawn up by the Government of which they are part is disturbing to say the least, and then the drafts that have been leaking of the Decree-Law to prohibit evictions. His first wish was for this ban to last until 2022. Now it seems that, at least in principle, the duration of the decree law they are preparing will be limited to the state of alarm (May 9), although with the possibility of extension.

Why disturbing? The narrative that the group of Churches has been imposing divides our country into owners and tenants. More or less the wicked rich who exploit others. Vulture funds and banks are frequently mentioned as responsible for this situation. But they forget that more than 95% of landlords are private individuals, the vast majority of whom are small owners who have exercised their right to save as they please and instead of putting their money on the stock market or in pension funds, they have opted for a homebuying.

Solidarity yes, but of all. In other words, do we want to prevent evictions? Well, that effort must be of the country, of society. We do not have the right to place this responsibility on the owner of the apartment where a person resides who, in the midst of this brutal crisis, finds himself without the means to pay the rent. It will be necessary to prevent that person from ending up on the street, but at the same time find a way to compensate the landlord, directly, via taxes or however you want to arbitrate. According to the leaks of the draft decree, it seems that there would be an obligation for the autonomous communities to relocate people in a situation of eviction, but where and how? Unsolved mystery.

Because, and here is the most serious thing, that attempt to charge solidarity to the account of the one in front, the evil landlord forgets the enormous responsibility of the State in the housing problem that not only affects those most affected by this crisis, but which also cuts the wings, for example, of thousands of young people who are tied for many years to their parents' home due to the impossibility of finding a decent place or making it difficult for women at risk of violence to find a new home.

The public housing stock for rent in Spain is ridiculous. According to Eurostat data, it barely accounts for 2.5% of the total rental housing. The European average multiplies our figures almost by 4. And that's not to mention countries like the Netherlands, which is at 30%, or our French neighbors, which exceed 17%, almost 7 times more than us.

And here is something easy to understand: if you create more social housing for rent, not only will you be able to offer a flat to young people, vulnerable people or those who need it most, but you will also decrease the demand for others and lower prices in the market as well. free.

Would it be very difficult to do? Let's take a simple example of a city as congested as Madrid. Only in what is known as "Operation Camp", there are more than two million square meters of public land. They have been with a project for more than five years that, in principle, was going to create some 20,000 homes, mostly for social rent. The plan ends up jibarizado and is later reduced to about 10,000 homes. But it has been more than five years since this operation was announced, and it is still in limbo.

And without a doubt this is what we should demand of our Government if we really want to solve the housing problem: let's avoid the social drain of evictions with urgent and solidarity measures, of course. But what should be in our General Budgets are essential items so that we arrive in a reasonable time to have a decent social public housing for rent and minimally comparable to what exists in Europe. And beware, it shouldn't take many decades: in 18 months a residential building is built.

Because if this is not the case, the suspicion will be inevitable that these measures and these decrees announced with great fanfare, come with the whiff of a populism that does not want to solve problems, but to make of them signs with which to deceive the respectable.