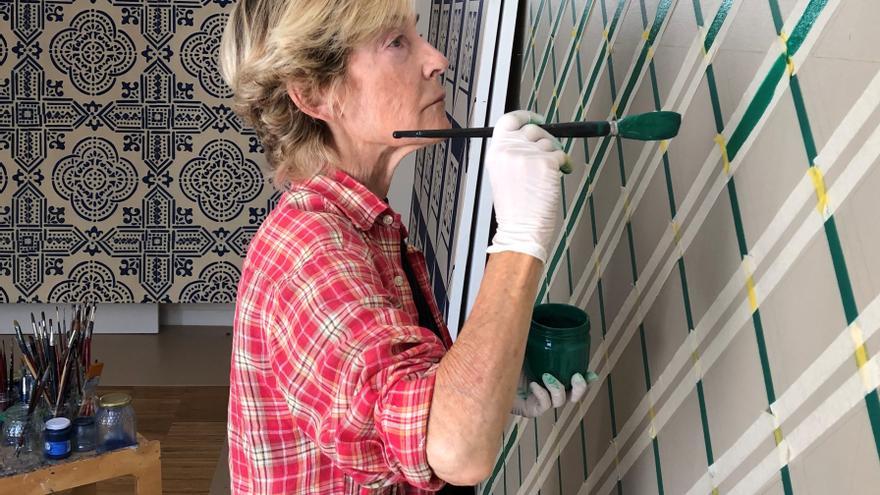 Madrid, Jun 18 (EFE) .- The passion of the artist Soledad Sevilla for the Portuguese writer Fernando Pessoa has no end. Now the Marlborough gallery is hosting the exhibition "Los Días con Pessoa", where the Velázquez Prize graphically depicts his tours of the Baixa, the Lisbon neighborhood that stars in the "Book of Restlessness".

It is an opportunity to enjoy almost 200 works (nine series of 18 paintings, plus 30 matrices) by Soledad Sevilla (Valencia, 1944), National Prize for Plastic Arts and Gold Medal for Fine Arts, among other recognitions.

The paintings of Seville and its installations always have a common link: geometry and a reflection on the references of the History of Art, and "The days with Pessoa" does so.

In the exhibition, nine series of 18 paintings and 30 matrices signed by Seville perimeter run through the entire main room, functioning as a single installation.

The same series of works was presented in the exhibition "Thought when maturing is like the sun when it rises", recently closed at the Museo Patio Herreriano in Valladolid. However, "Los Días con Pessoa" goes a step further and is complemented by geometric drawings from the 60s in a differentiated space.

With these 200 works, the artist culminates a creative path in which she has reconstructed the passage marked by Pessoa in his "Book of Restlessness". Sometimes literally, replicating the tours of the Baixa, the most commercial district of Lisbon.

In 2016, Seville toured the Portuguese capital for 15 days to turn the story of one of Pessoa's heteronyms, Bernardo Soares, into an experience. The result was the embodiment of the route in the exhibition "The routes of restlessness", exhibited in Marlborough Madrid in 2018.

But the artist knew little and had, he says, "the need to paint, the possibility and desire to express the inner relationship with myself that arises from the astonishing contemplation of the ceramics that cover the facades of the city", according to collect the gallery in a press release.

"Its rationality and geometry rescue from my interior that past in which my artistic expression was manifestly geometric. Analogously to those routes to the Baixa, the series exhibited now are configured not as separate parts, but as a whole that runs in line configuring a tour of the different spaces of the gallery ", says Sevilla.

The artist describes "Los Días con Pessoa" as "a journey that is both spatial and light, from the darkest piece to the brightest, progressively, in each of the series".