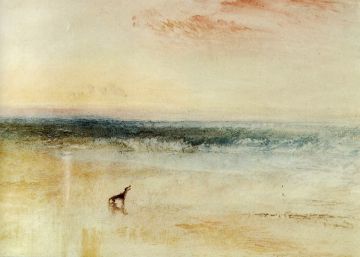 What will be the gravity on the surface of Mercury, knowing that its diameter is 4,880 kilometers and its density is almost equal to the earth? we were wondering last week. The calculation is very simple, because for two stars of the same density, gravity is proportional to the radius. And since the radius of the Earth is 2.6 times greater than that of Mercury, the gravity of the planet smaller and closer to the Sun is 2.6 times less than the Earth, that is, 3.7 m / s2. A person of 70 kilos in Mercury would only weigh about 27.

Everyone knows that we call "day" while it takes Earth to make a complete turn around its axis, that is, between two consecutive sunrises … Or not?

The question about the duration of the Mercurian day generated a debate that shows that it may be useful to specify the concept of “day”. Everyone knows that we call "day" while it takes Earth to make a complete turn around its axis, that is, between two consecutive sunrises … Or not? Well no, that “that is” is not correct. Because while the Earth makes a complete turn around its axis, it makes 1/365 lap around the Sun, so the time elapsed between two consecutive Sun rises – the solar day – is about 4 minutes (24×60 / 365) more long than the period of terrestrial revolution or sidereal day, so called because in this case the reference point is not the Sun but the fixed stars (the constellation of Aries is usually taken as a reference), so distant that with respect to them the movement Earth's orbital is insignificant.

In the case of Earth, the difference between solar day and sidereal day is so small that it is only relevant for astronomical purposes, but not on a daily basis. However, for a hypothetical Mercurian the thing would be very different, because while Mercury goes around its axis, in which it takes 58.7 Earth days, it travels no less than 2/3 of its 88-day orbit around the Sun ; that is, a Mercurian sidereal day is only 1/3 of its solar day, so it will last 176 Earth days.

The considerable eccentricity of the orbit of Mercury makes its orbital velocity significantly greater in the perihelion than in the aphelion (since, according to Kepler's laws, what is kept constant is the areolar velocity). So much so that there is a time when the Sun stops in the sky and then backs off a stretch, as if taking a run before following its normal course. Could it be that some hypothetical Mercurians enjoyed a double dawn?

And, on the other hand, is it accidental that Mercury's period of revolution is 2/3 of its period of translation? I invite my sagacious readers to investigate this phenomenon, known as orbital resonance.

Carlo Frabetti He is a writer and mathematician, a member of the New York Academy of Sciences. He has published more than 50 popular science works for adults, children and young people, including Damn physics, Damn math or The big game. He was a screenwriter of The Cristal ball.

The hardest diamonds are black and fell from the sky