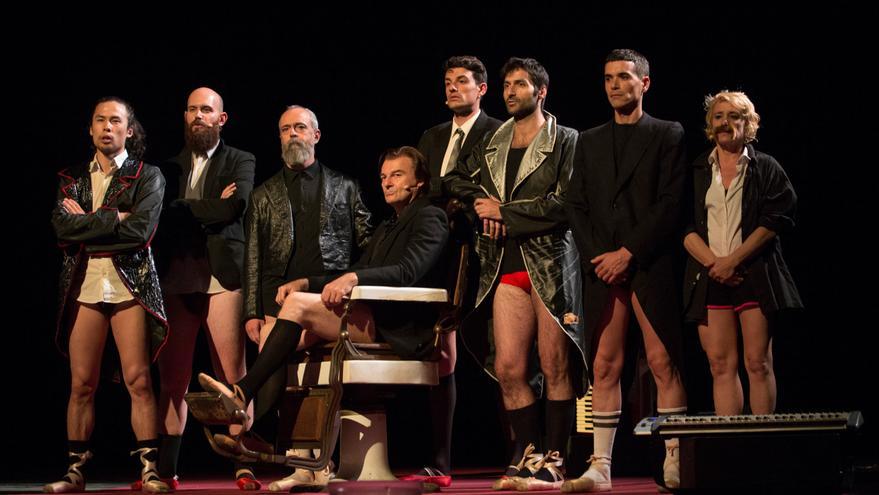 Madrid, Jul 6 (EFE) .- Sol Picó closes the season of the Spanish Theater with the dance show “Dancing With Frogs”, an invitation to reflection, questioning and analysis of the world of masculinity in the 21st century.

Sol Picó, winner of the 2016 National Dance Prize, explains that the piece wants to be an invitation to reflection and analysis of the world of masculinity, “it is an acidic, dirty, hooligan and tragicomic adventure in search of a new model of masculinity for the 21st century, “Picó says in a note.

The choreographer directs this show after “We Women”, where Picó wondered about the feminine condition and drew a portrait of contemporary women based on the different disciplines practiced by the artists (dancers, choreographers, musical performers …) with whom she collaborates and the origins and inheritances of each one of them.

Related to these reasoning, a series of concepts appear on which the director wants to investigate such as: patriarchy, hyper-virile, testosterone, violence, mariconeo, the adult child, fragility, privilege and burden, the tenderness, simplicity, the archetypal image of the gentleman, the man in popular folklore, the powerful against the downtrodden, the gym abs, the good, the ugly and the bad.

This reflection on the masculine raises many questions for Picó. Do they also have a long way to go? What new obstacles are you going to find?

“After” We Women “, I have found that women have a long, slow and even painful way to go. We have been adjusting and finding ourselves over the last 50 years and men are now beginning that path,” she says. Peak.

“Dancing With Frogs” puts the finishing touch to this season’s programming at the Teatro Español and Naves del Español in Matadero, which will continue to be open as a collaborating venue for the rest of July, with the Veranos de la Town.

It is a co-production of Mercat de les Flors, Festival Temporada Alta 2017 and Sol Picó Compañía de Danza that will take the stage on July 16 and 17.

The Spanish Theater and the Naves del Español in Matadero will open the 2021/22 season on September 8 with “Oedipus through the flames” in the Main Hall.