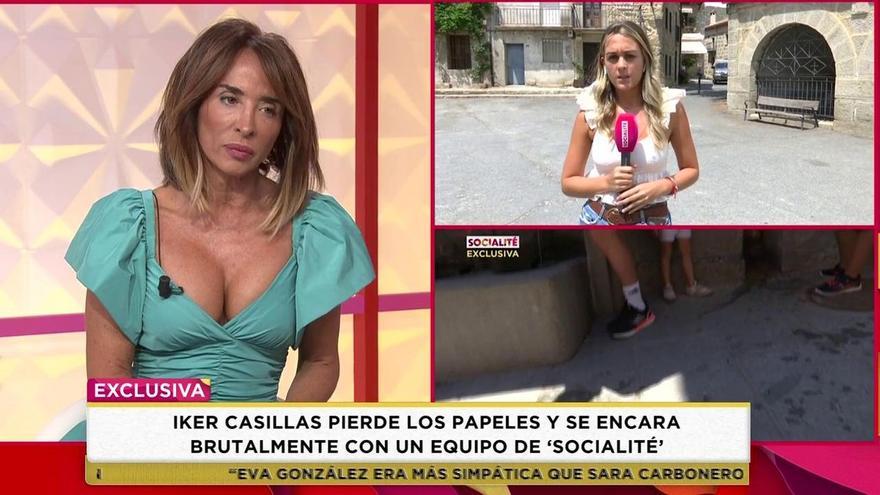 ‘Socialité’ moved this weekend to Navalacruz, the town of Iker Casillas, with the aim of finding out new details about their breakup with Sara carbonero. The reporter Silvia Álamo and her partner Alejandro ran into the doorman, who got angry with both of them when he realized that they had the camera pointed at the ground due to the presence of minors.

“Are you asking me with the camera on?”. “If you ask me seven questions in a row, I get pissed off. I’m not stupid,” complained the footballer, who, visibly angry, began to broadcast a direct on Instagram focusing on the program’s team.

But the matter did not stop there, since several residents of the town sided with Casillas and rebuked the team, even throwing them a tray from a bar. In addition, a man encouraged a driver to run over the reporter while she was doing her job. “Take her ahead,” he heard himself say.

Casillas recorded the scene with his mobile and did not intervene “at any time” so that the harassment would stop. “He was laughing at us,” the reporter recounted.

“My partner had to endure insults while Iker enjoyed recording this video that he uploaded to social networks”, expressed María Patiño in solidarity with the worker, who added: “It was very unpleasant, they were going for us. We had to run away. in the car I burst into tears because of the tension I experienced “.