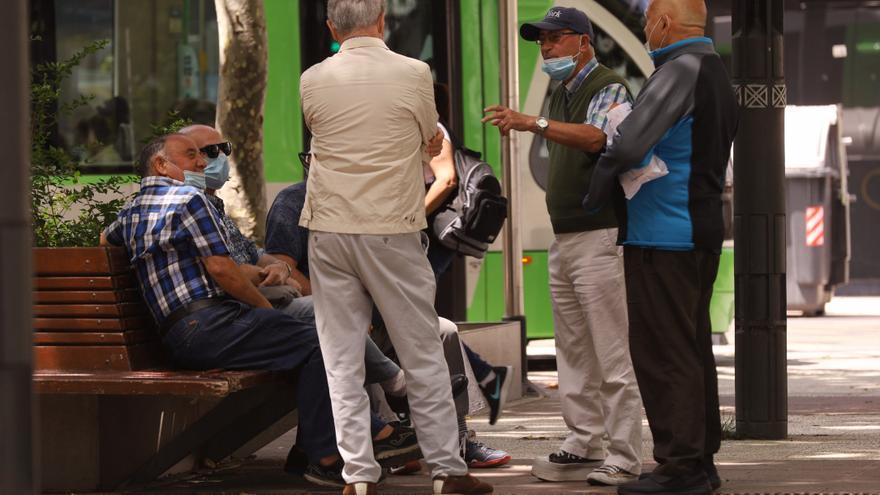 Social Security has already sent to the Toledo Pact the promised report on the early retirement of workers with long careers of contributions. He did so on July 30, just before the August break in the Cortes and months late. The ruling opposes decriminalizing the early retirement of people with more than 40 years of contributions, as claimed by groups such as Asjubi40 for “long contribution careers.” Among the reasons given, it appears that these retirements “are not at all an exception” in number and therefore “should not justify a retirement without reducing coefficients”, as well as for reasons of “equity” with workers who retire at the same time. ordinary age and “financial sustainability” of Social Security accounts.

Retire early in Spain, before the ordinary retirement age (65 or 66 years, as quoted), generally implies a reduction in the pension that is received due to the application of the so-called “reducing coefficients”. These penalties increase the longer the withdrawal is anticipated and are also adjusted to the listing races. In other words, the cut is somewhat less for people who have contributed more years. The coefficients also apply to involuntary early retirements, from unemployment, but with a lower impact than “voluntary” retirements.

Collectives such as Asjubi40, supported by UGT, demand that people who have contributed for more than 40 years do not suffer any reduction for retiring before reaching the legal age, as a counterpart to what they consider a large contribution to Social Security accounts. “Early retirement in general is compulsory even if it appears as a voluntary one. After more than 40 years working, there is a lot of pressure, work stress and conditions that make people unable to do it anymore”, defends Santiago Menchero, from Asjubi40.

Menchero recalls that there are other groups, such as certain professions (artists, policemen) and the State officials that make up the passive classes of the Social Security (a group in extinction), which can be withdrawn early without penalties, for which it demands that a new exception be approved for the group of workers with long contribution careers.

The Social Security study responds to a request from the Toledo Pact, within his 22 recommendations to reform the public pension system. The parliamentary commission commissioned the Government to analyze “the financial costs and actuarial equity of the reducing coefficients that are applied in cases of early retirement”, with “special attention” to “the cases of prolonged contribution careers”, among other points . The Toledo Pact called on the Executive to propose “a response, within a maximum period of 3 months,” a deadline that was met in February.

One of the first issues highlighted by the “technical” study, and which elDiario.es underlines from the Social Security, is that there are many contribution careers of at least 40 years in Spain. 55% of retirement registrations in 2020, according to the report. “Long contribution careers are not at all an exception” and “should not be a reason to justify a retirement without reducing coefficients when the age at which the pension is accessed is not the ordinary age, but is anticipated”, states the document.

Currently, working people between 55 and 63 years old with 40 or more years of contributions amount to “more than 800,000”, 23.3% of the affiliates at those ages, according to the study, which also estimates that, if they retire penalties would increase the number of people who retire early. Premature departures – at least those considered “voluntary” – that have already been increasing in recent years and that the new pension reform of the coalition government, agreed with unions and employers, it is precisely intended to discourage.

“Recommendation 12 of the Toledo Pact clearly establishes that it is necessary to end early retirement as a mechanism for adjusting employment,” respond to elDiario.es from the Ministry led by José Luis Escrivá. The proposal to eliminate penalties for early retirement for this group “goes in the opposite direction to the Recommendation,” they conclude.

The study states that “an advance in the age of access to retirement must have some reflection on the amount of the pension, given that it will be received for a longer period of time.” Social Security explains – and defends – the role of penalties in early retirement in relation to two elements: their contribution to “equity” among pensioners and as a factor that contributes to the “sustainability” of the public accounts that pay the present and future pensions.

The penalties reduce the amount of the pension “as a mechanism of equity with other beneficiaries, who retire at ordinary age and receive their pension for a shorter period of time,” the analysis collects. With two similar contribution careers, for example 40 years, Social Security considers that “it would not be consistent” for a person who retires early to access the same monthly pension as another who works until ordinary retirement age.

On the other hand, the reducing coefficients “are the result of the application of the principle of financial equivalence that ensures that this possibility of retirement does not imply a greater extra cost to the system and, therefore, an excessive burden for current and future generations,” he concludes. Social Security. The body calculates that eliminating the reduction coefficients for those who are now pensioners and agreed to early retirement “would mean an increase in annual spending of 2,745 million euros in 2021.” An item that could be increased in the future, since “the measure would foreseeably cause a very significant growth in early retirements,” Social Security fears.

The report also recalls that there are currently measures that benefit long contribution careers, such as earlier access to ordinary retirement (65 years if contributions have been made for more than 37 years and 3 months) and less substantial reduction coefficients .

The Spanish pension system is based on the sum of many balances. It is contributory, so that the resulting pension depends on what was contributed during the working career, but also on distribution and solidarity. In other words, thanks to the contributions of all workers and companies, minimum pensions and assistance are guaranteed to people who have not contributed enough.

The political parties will analyze the Ministry’s report after the holidays, in September, sources from the Toledo Pact confirm. In Asjubi40 they have already contacted the parliamentary formations to insist on their request, says Santiago Menchero. “It is a report that can be refuted and we hope that the parties will listen to us. It seems that now we are a problem for the sustainability of the system, but those of the passive classes are not? It is unfair. We do not believe that someone should be penalized all their life when they have contributed 40, 45 or 47 years, as is my case, while a person who has contributed 36 years leaves with 100% of the pension, “says the spokesman.