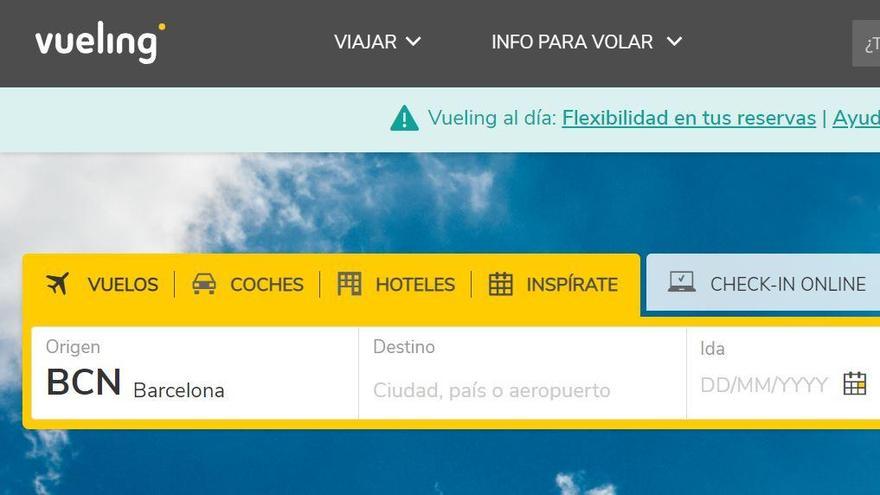 The Ministry of Social Rights and the 2030 Agenda has fined the airline Vueling (IAG subsidiary) 90,000 euros for maintaining a website inaccessible to people with certain disabilities. The resolution, signed by the Secretary of State, Nacho Álvarez, confirms that the Spanish company fails to comply with 26 of the 38 indicators required by law. And it determines a sanction for a "serious in its maximum degree" infraction since the company was already the subject of an inspection, and subsequent sanction, in 2015.

Since then, the document says, "it has not worked on improving the accessibility of its website." "The accessibility situation of the VUELING website has barely improved: of the 38 requirements established (...) in 2015 27 were breached, 17 of them were breached in more than 90% of the pages, compared to 26 that were breached in 2018, 15 of them in more than 90% of the pages. Regarding the breaches of criteria of level A, they have gone from 13 in 2015 to 11 in 2018, "says the resolution. elDiario.es has contacted Vueling, which has not commented on the sanction.

The sanctioning file, to whose resolution elDiario.es has had access, began in 2018 after a user denounced Vueling "for breach of accessibility conditions for people with disabilities." In September of that year, the process formally began and a report was commissioned from the National Center for Accessibility Technologies (CENTAC) to analyze the complaint and the differences with 2015, the year in which another inspection already detected serious breaches.

The report of CENTAC (a public-private foundation), carried out between October 22 and November 9, 2018, indicates that "of the 38 requirements that must be met according to the standard UNE 1390803: 2012, 4 are fully met, that is, 10.5%. We have 26 requirements, 68.4%, that are not met. In addition, 8 requirements, 21.05%, are not applicable. "Of those 16, the report continues," slightly more than half of the errors occur on almost all pages, which may indicate a systematic problem of application of accessibility criteria. 15 "appear very frequently" and 11 of them "are concentrated in level A" of priority, that is, the most sensitive. Level A points "are mandatory since any site that does not meet the points listed in these priorities cannot be considered reasonably accessible," the report recalls.

But CENTAC also compares the situation in 2018 with that of 2015, when another complaint triggered a similar inspection. And the conclusion it reaches is that Vueling did practically nothing to improve compliance with current regulations. This led to the resolution ending with the maximum penalty provided.

The general director of Disability Policies, Jesús Celada, explains to elDiario.es that "one of the obligations of the Second Vice Presidency is to guarantee the rights of people with disabilities in a transversal manner", which includes means of transport. And they have sanctioning capacity in those powers that are proper to the State.

So far Vueling has been the only company in Spain sanctioned for failing to comply with accessibility standards on its website, according to reports from the ministry led by Pablo Iglesias. The complaints for this problem are the ones that dominate among those who receive the Office for Disability Care, but Celada explains that it is normal for companies to respond by fixing the errors on their pages. "Most of them are resolved quickly," he says.

In the case of the airline it was not like that. Neither in 2015 nor now. And that has had a double chance since the file expired along the way and had to be reactivated in 2020, so the allegations of the parties were collected again. On neither of the two occasions did Vueling assume the results of the CENTAC audit or the changes that are required of it.