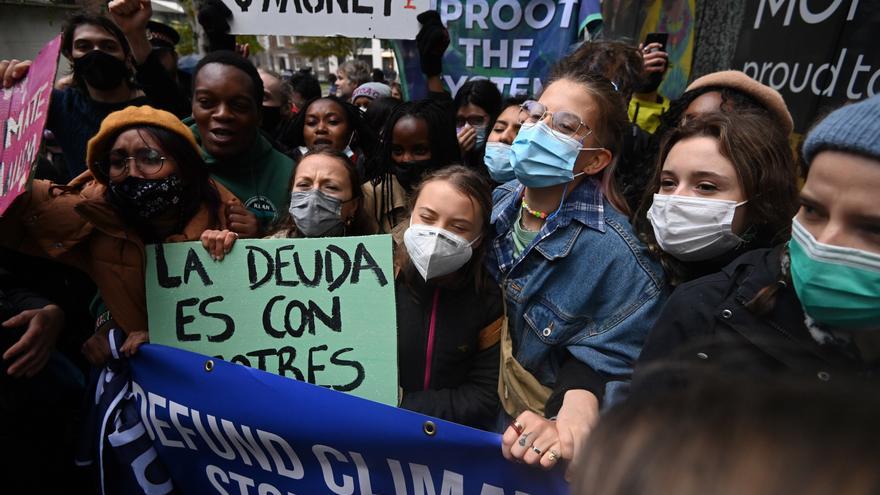 The financial sector and its role in investments in fossil fuels, pointed out by social organizations. The Paris Climate Agreement states that financial flows must be “consistent with a path to development with low greenhouse gas emissions and resilient to the climate.” And although this issue is being addressed for the first time by the international community at COP26, the agenda and proposals on financial flows have been designed by the private financial sector, according to the Corporate Europe Observatory (CEO) and the Transnational Institute (TNI). ) in an analysis published this Tuesday, the third day of COP26.

Research by the two entities shows that “the COP26 private finance proposal is not intended for governments to embark on an ambitious reform process to prevent financial firms from investing in fossil fuels.”

Rather to the contrary, the 31-page proposal, prepared for COP26 by Mark Carney, special adviser to British Prime Minister Boris Johnson and UN Secretary-General António Guterres, is based on ideas developed by key players in financial markets, many of which are at the epicenter of the current climate crisis through massive investments in fossil fuels.

Self-regulation is at the heart of the proposals, which have been developed by big players like JP Morgan Chase, BlackRock, BNP Paribas and other financial firms responsible for large carbon footprints.

In addition, many of these companies will also be involved in the implementation of what was decided at COP26: the only requirement for financial firms to be part of the group that will command the follow-up to COP26 is to assume the commitment to carbon neutrality within three decades (zero emissions in 2050).

Here are some of the main actors identified in the work of the Corporate Europe Observatory and the Transnational Institute:

Task Force for Climate-Related Financial Disclosures. It is a group dominated by financial firms that has developed standards for transmitting climate-related information about companies’ activities. “With COP26, it will grow in status and form the backbone of a privately held effort to address climate change,” the report states: “Some of the core members are JP Morgan Chase, BlackRock, Citigroup, BNP Paribas, Industrial and Commercial Bank of China, BHP “.

The Investment Association. The job of this association is to provide “consumer-friendly metrics” to express how investments align with “values ​​on climate change” after COP26. The AI ​​represents investment managers in the UK. They include 14 of the top 20 coal investors worldwide.

The Glasgow Financial Alliance. This alliance for Net Zero will become the

cornerstone of the follow-up to COP26. It is about providing “a foundation for future zero collaboration and leadership in the financial industry.” Members of the central coordinating group, the so-called “Executive Directors Group”, include representatives from Citigroup, Bank of America, BlackRock, HSBC.

Kenneth Haar, a researcher at the Corporate Europe Observatory, explains: “What we see happening here is basically a privatization of crucial parts of international climate policy. Even if a finance company continues to invest massively in fossil fuels, which will be the case without strict regulation, it can still be included on the UN agenda on private finance and climate change. Sadly, it looks like COP26 will turn out to be the biggest financial green facelift event in history. ”

For his part, Brid Brennan, a researcher at the Transnational Institute (TNI), said: “COP 26 has become a mine for the corporate financial sector and polluters, missing a historic opportunity to achieve a serious reduction in carbon emissions. CO2 and Fossil Fuel Divestment While global citizens urge governments to take action on the brink of the climate change disaster, corporate finance sectors have pursued a strategy of privatizing the UN system and are now in a position to do so. derail any substantial divestment from fossil fuels while applying a big corporate green facelift. ”