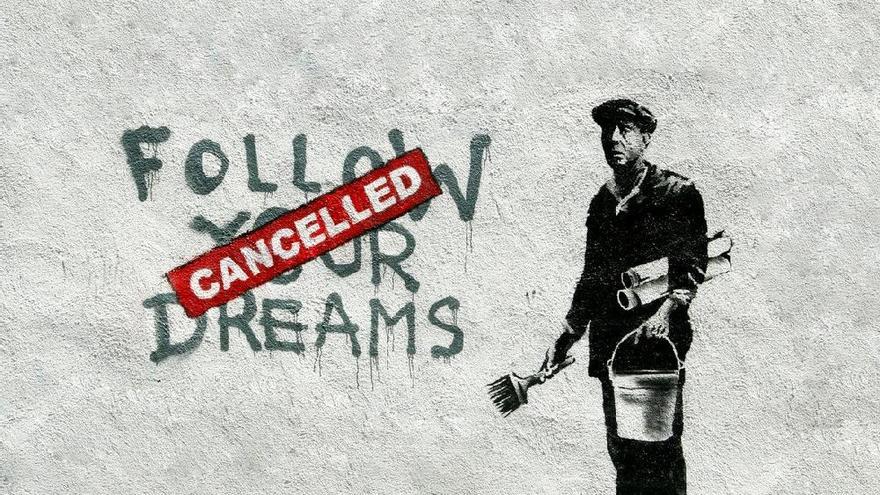 “All that is solid fades into air; all that is sacred is profane, and people, at last, are forced to calmly consider their conditions of existence and their reciprocal relationships.” This prophetic warning launched by Marx and Engels in the Communist Manifesto has become as current as a century and a half ago. During this long pandemic, we have been going through a carousel of emotions, where discouragement and sadness seem to have prevailed.

Precariousness, isolation and uncertainty have increased in such a way that it is not an exaggeration to state that vWe live in a kind of social depression. This is it translates into the impossibility of projecting oneself vitally towards the future and in a growing fear towards what is to come. In medical terms, depression is understood as a persistent sadness and a strong disinterest in life, and is usually accompanied by anxiety, that feeling of uncontrollable worry about events that happen in our life.

The pandemic has exacerbated and extended a previous trend, because according to the WHO, Between 2005 and 2015, the number of people suffering from anxiety increased by 15% and those living with depression by 18.4%. Depression affects more than 300 million people worldwide, and in Spain about two and a half million, 5.2% of the population. A global epidemic that presents substantially higher rates in the rich countries, whose models have become veritable factories of unhappiness.

Fear, anxiety, depression, and pessimism erode imagination and our ability to deploy creative political thinking. Researchers have assumed for decades that the brain’s hippocampus housed memory; in recent times it has been discovered that our ability to think and imagine the future also resides in it. Past and future are closely intertwined, when we recall past situations or anticipate future scenarios, the same areas of our brain are activated. People who have suffered trauma or injuries to the hippocampus tend to experience daily life in a more stressful way and conceive the future as potentially negative, selecting the information that confirms that pessimistic view of the world1. If we transfer these discoveries to the social scale, there is reason to believe that the more negative the representation of the future that a society becomes, the more it is going to cost it to outline alternative projects that contain a minimum dose of optimism.

Like many machines restart themselves, after a power failure, human beings restart after a catastrophe, to return to an altruistic, imaginative community state, returning to something we always knew how to do. The possibility of paradise is within us, as a default configuration. These words are from A paradise built in hell by Rebecca Solnit, recently edited by Captain Swing. A beautiful, exciting and suggestive work that presents a sample of ephemeral utopias that emerged in the midst of catastrophes experienced in different times and places.

Rebecca Solnit presents here an informative manual of the main lessons that can be drawn from these drastic and dramatic events, unwanted or planned, which interrupt normality and force us to adapt to very adverse circumstances, changing priorities and opening gaps so that phenomena happen that days before were unthinkable. An unappealable confirmation that terrible events tend to bring out the best in people (commitment, creativity, solidarity, longing for public life, community feelings …), that emergency situations can fleetingly offer scenarios where care for life and care predominate. prosocial logics. Spontaneous and forced trials that other worlds are possible.

The communities that emerged in the disaster contrast with those that have been intentionally organizing to try to anticipate the catastrophes to come, assuming our responsibility and ability to influence the creation of credible, desirable futures. Socio-community initiatives determined to construct, with effort, rather than necessarily, substitutes for paradise, imperfect utopias that last over time and are habitable. Activist minorities determined to build positive and exemplary references, trying on a small scale other ways of living, producing, working, caring …

More than a transformative, realistic and replicable horizon for the social majorities, these communities, ephemeral or intentional, function as a reservoir of hope. An invitation to approach reality with a more appreciative look, capable of rediscovering that ordinary people are capable of doing extraordinary things. These practices are inspiring and encourage people to engage in collective action to intervene in events. problems that they perceive as relevant.

In previous crises, a phrase that some doctors dedicated to their patients with anxiety and depression became popular: what you need is not a psychologist but a union. And we could add a neighborhood association, a PAH group or an environmental organization … slides that start with discomfort and lead to vital changes of a certain magnitude. More than gradual changes, recent research shows that they are transformationss significant the that are more consistent, as they help to forge a new identity, increase the feeling of commitment and predispose us to become more involved, as Andreu Escrivá says in And now what do I do, also edited by Capitan Swing.

More than the assault on the heavens or paradises on earth, the proposals with greater mobilizing capacity tend to be more modest. More than exceptional individual stories, the activisms that provoke a copycat effect would be those of those with whom we can identify. More than heroic sacrifices, we need strong commitments that are acceptable to anyone.

I remember the story about the guerrillas against the Brazilian dictatorship that Fernando Gabeira told in his autobiography. While the United States ambassador was being held hostage to achieve the release of political prisoners, in an informal conversation a bus driver told another member of the guerrilla that the people he most admired in the world were the ambassador’s kidnappers and the astronauts. . Gabeira understood then that for ordinary people a guerrilla was someone brave, admirable but so far from their lives that he was hundreds of kilometers away. This led him to put aside the armed struggle and approach other forms of more community activism.

The pandemic has left us with a low intensity hell from which self-help books, coaching or positive psychology are not going to get us, but the proliferation of different formulas for activism and social organization. Following Italo Calvino there are two ways not to suffer it. The first is easy for many: accept hell and become part of it to the point of no longer seeing it. The second is dangerous, requires continuous attention and learning: find and know who and what, in the middle of hell, is not hell, and make it last, and make room for it.

1 Hopkins, Rob (2019) From what is to what if. Unleashing the power of imagination to create future we want. Chelsea Green. London