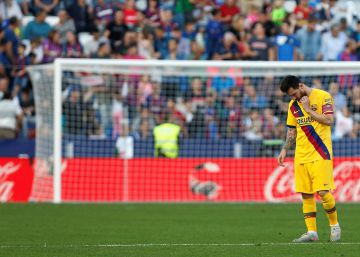 Next Sunday, the quintessential match is played at Anfield (17.30): Liverpool-Manchester City. Right now you can hardly schedule a better appointment in Europe. Two of the best teams play, if not the best, and surely the most admired and influential coaches, Klopp-Guardiola, face in the most exquisite championship for their expectations, organization and market as is the Premier.

The tournament raised its global audience by 6% to 3,200 million viewers last season and Sky audiences increased 12% in the United Kingdom. No one doubts about its condition as an excellent entertainment product, just as interesting for the fans of always and the lifelong fan as for millennials, who are only interested in the peak moments of the parties, including England.

It's coming home! It is no longer just the anthem of the Eurocup 1996 but football returns home and millions of fans wear United, City and Liverpool jerseys in Asia and America. Guaranteed the showcase and formalized the investment – each club spent 77.5 million on average in signings – football has ended up responding to expectations to the point that right now it is as admirable as it is contagious for the various leagues in Europe.

Many of the best games of the day are held in a competition that seduces businessmen, managers, general managers and of course coaches and players as is the Premier: the City traced in the 86th minute a game that Saturday lost since the start with Southampton (2-1) and Liverpool scored two goals in the 87th and 94th minute when Aston Villa (1-2) already announced the loss of his undefeated status.

Al Barça they scored three goals in seven minutes in the Ciutat de València with 0-1. Nor could Atlético win victory in Seville and Madrid was unable to beat Betis. The impotence of the LaLiga referents contrasts with the suffering and also fun of the Premier's masters. The Spanish tournament advances without command and with the classic suspended until 18-D. The team of Zidane has been without a goal since the departure of Cristiano Ronaldo while the Catalans have become the Messi team. The duel between the Argentine and the Portuguese had been the best support for LaLiga and the Champions until the departure of CR to Juve. Waiting to see the evolution of Atlético de Simeone, Madrid and Barça have lost identity: Madrid players always explained themselves after the victory, and now they don't win, and Barcelona players always referred to the style rather than the scoreboard, until they have stopped playing and winning, victims of an uncertainty that has led them to concede the same losses in 11 days as in the last season: three (Athletic, Granada and Levante).

The feeling is that there are two souls that compete in the same Barça: that of the players hired to stir football (De Jong, Griezmann and also Ter Stegen) and that of those who have spent years in the club and refer to the titles ( Messi, Luis Suarez, Alba, Piqué). Valverde has a hybrid team in which routine and inertia are imposed on adventure and ambition, probably because he thinks that everything will always arrive on time and win LaLiga.

The fund makes sense when the possession is a consequence of the pressure and speed of the ball, keys that together with the character of the Madrid players and the contribution of the other internationals helped the successes of the Spanish team, a reference for the Löw Germany. Spanish football lost influence, commitment and leadership since the departure of Casillas, Puyol and Xavi.

The specialists say that today it is not enough with technique and finesse, arguments that were imposed on the race, to compete with the sustained pace of Premier football. You can not rest with the ball when the sides have become the decisive pieces of Liverpool.

Increased the intensity and volume of play, which requires the participation of the eleven players, and especially the culture of the effort, expressed at the level of training, probably lower in LaLiga compared to the Premier. The protagonist in the Spanish tournament is the VAR; in Italy racism reappears – Balotelli withdrew from Verona-Brescia this Sunday – while Inter defies Juve. The PSG is able to lose in Dijon. And in the Bundesliga Bayern Munich was thrashed against Eintracht Frankfurt (5-1), a resounding defeat that cost the coach his position, Niko Kovac.

The champions of old Europe have lost control of the ball and soccer while in England the emotions follow one another and the reference matches are chained, none like Liverpool-City. Before the rock and roll of the Premier the rondo becomes a babysitter when played as now in LaLiga.

SURVEY | Is Maradona the best ever?