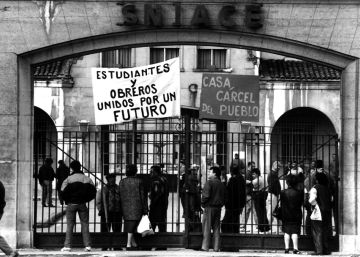 The chemical company Sniace It has taken the decision to cease its activities, following the measure taken by Cogen to interrupt the supply of gas, due to the Government’s initiative to reduce the remuneration for cogeneration plants by up to 35%. The company has announced its willingness to file a complaint against Cogen, a company that managed the plant of cogeneration of the firm. The company will request its liquidation on Friday and that of Celltech and Viscocel, its two investees, alleging the “impossibility” of dealing with the commitments derived from the creditors agreement approved after leaving the bankruptcy situation in 2015.

As the company has informed the National Securities Market Commission (CNMV), this notification will imply the suspension of the exercise of the powers of administration and disposition of its assets, the appointment of bankruptcy administrators again, the anticipated expiration of deferred credits and the beginning of liquidation operations.

The company blames this situation for the “drastic” fall in the price of cellulose dissolving, viscose fiber and the sale of electricity, as well as the decision made by Cogen, which believes that it does not comply with the law.

The company recalls that the Ministry for Ecological Transition is about to publish a ministerial order that will constitute a major setback for energy cogeneration plants, which produce two or more types of energy simultaneously. This proposal will be applied for the period between 2020 and 2025, with retroactive effects of January of this year. This decision constitutes a handicap for much of the Spanish industry.

As a result, Sniace received, on February 11, the communication of the decision adopted by the Cogen Energía Board of Directors to terminate the lease agreement in advance, dated February 29, 2020. and management of the exploitation of the Sniace cogeneration plant signed between both companies.

Cogen also announced to Sniace that, using the powers provided for in the aforementioned contract, it has communicated to Gas Natural Comercializadora the resolution of the natural gas supply contract to the cogeneration plant of the company located in Torrelavega (Cantabria) and to General Electric International the resolution of the lease and maintenance service contracts of the two turbogenerator equipment located in said cogeneration plant, all with effect February 29.

According to Cogen, this application will cause this year some losses in this Sniace plant of more than nine million euros, in line with the estimates made by the Spanish Association of Cogeneration (Welcome), which has shown its “concern” before “the sudden and unexpected” proposed adjustment in the remuneration of the sector, estimated by the employer in about 450 million euros and that will take companies, with their budgets closed, to a scenario of ” ‘red numbers’ and “alarm” for investors.

“These situations have discouraged the interest on the part of any investor and has truncated the evolution of the actions that were being carried out for the financial consolidation of Sniace,” the company explains to the CNMV.

However, he points out that in recent months the board of directors has adopted various decisions, such as the capital increase, the search for investors and the renegotiation of bankruptcy debt with various creditors, which were aimed at the financial and patrimonial consolidation of the company, as well as the implementation of its investment plans.

However, this accumulation of events has made the financial viability of the company “impossible at all points” and to meet in time and form its payment obligations derived from the agreement with the creditors, leading the council to definitely request its liquidation.

The closure of Sniace truncates a series of objectives that the company had, among which the urban development of the non-productive land, a new Forest R&D project and the nursery expansion stand out. Also, in May the new line of micro-cut fiber, dissolvable fiber and plastic substitute should have come into operation. Likewise, Cogen’s decision involves damage to the employment created by the company, and to the 429 workers that make up its workforce. It is also a detriment to the economy and the development of Cantabria and, especially, of the region of Torrelavega.

Sniace is an emblematic company not only within the panorama of the Cantabrian industry, but of the entire Spanish business fabric. Eighty years guarantee his career. In the last four years, the company had survived a bankruptcy proceedings. In recent months, the company has had to handle an adverse situation on all fronts. On the one hand, it has to face the constraint of the privileged debt derived from the bankruptcy, while the fall in raw material prices has been a major setback for the company’s activity.

This situation led Sniace to present a temporary employment regulation file (Erte). The decision to reduce the remuneration for energy from cogeneration has been the drop that has overwhelmed the company’s efforts to survive.

In recent months it has achieved a series of milestones such as the recovery of leadership in the so-called FR fiber in the United States, as well as environmental improvements and fiber quality, an increase in sales, stabilize suppliers, reduce debt with them , renegotiate bankruptcy debt and find industrial investors.

The closure occurs at a time when all the investments of the Strategic Plan had been developed, the company was planning a two-month industrial shutdown, in order to carry out the annual maintenance to implement the investments destined to prepare the biodegradable products. The management team was also in the search period for an alternative to cogeneration by lignin biomass.