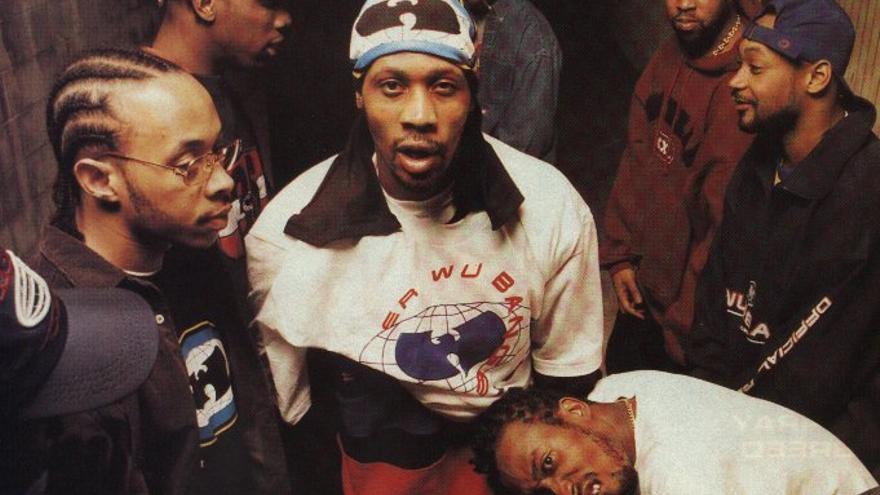 In the beginning it was the howl, the liberating cry whose shadow was projected in hell. Then came the metal of the saxophone, the devil's horn that imitates the honking of cars; the sound of a city where all kinds of hope are abandoned; the black market where sacrifices are offered to the god Moloch in exchange for short-term interest.

Meanwhile, as the ritual unfolds, James Brown and Little Richard rip their throats out. In their prayers, full of double meanings, they howl all the legacy of the black church. The history of good music is a puzzle that is being composed from the margins. There is no other.

Because of these things, the first fetal movements of hip hop within the New York womb began when a Jamaican immigrant named Clive Campbell –better known as DJ Kool Herc– entered a record store to buy two copies of the same record. The British writer Will Ashon tells us something similar in his book 'Chamber Music. On the Wu-Tang Clan ', an essay that escapes the limits of common musical biographies, to reach that territory where poetry spoken with rhythmic breath discovers the sexual relationship between jazz and particle physics, there where the notes Musicals can be two things at the same time, and also everything in between.

'Chamber Music' is a journey in 38 instants through the history of black music whose destiny is the Wu-Tang Clan, the hip hop group whose Masters of Ceremonies unleash the breath in each phrase, casting the shadow that reaches Clive Campbell, armed with his two record players on which he manipulates vinyl. He invented the projectile before he invented the pistol. He does it from back to front, looping a carousel loaded with rhythmic bullets that are social denunciation.

The narrative of slavery continues to be present in this work by Will Ashon, speckled with metaphors and literary figures that are going to open up infinite paths, escape routes, escape points where we can project ourselves; a journey between Indians, cowboys and black slaves who disguise their religion with the clothing of Christian virgins. It is an unconventional work, rich in nuances, whose translation has been worked by Alba Pagán for a joint edition of Libros del Kultrum and Temas de Hoy.

A book that has taken a couple of years to cook in our country, and we owe it to the intuition of Marcel Ventura and the expertise of Julián Viñuales, editors who have joined forces to shape one of the most original readings published in the last years. Because it is a music book that not only talks about a music group, it also talks about religion, drugs, sex, prisons, thugs, camels, ghettos, heavens, hells and cookies (biscuits) which are actually firearms.

And of course, from that shadow cast by words when they rap, breath as a physical quality that surrounds the rhythm of a city that remains alert for thirty-eight hours a day. Capitalism does not rest. Hence the uneasiness seen in the darkest neighborhoods. The Wu-Tang Clan raps him until his eyes bleed. You don't read books like that every day, or every year. Smoke and read.