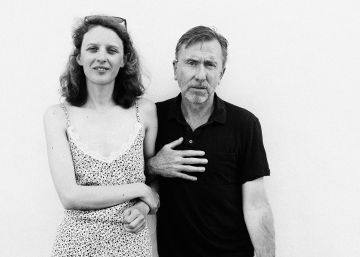 You can count Secrets of a marriage (1973) to children? Was the imposing figure of Ingmar Bergman imprisoned by a camouflaged comedian? What are the roots of the very particular love / hate relationship that the Swedes maintain with one of their great cultural totems? The answer to these questions – and many others – could be found between June 24 and 30 in the programming of the Bergmanveckan, the Bergman Week, the festival that since 2004 gathers annually on the Swedish island of Fårö moviegoers from around the world to celebrate not only the indelible mark that the director and screenwriter left in the history of cinema, but also to vindicate the multiple traces of its influence in the context of contemporary cinema, delve into little-known aspects of the work of the creator of The seventh seal (1957) and delve into the substantial contributions of its most faithful collaborators.

Bergman discovered the island of Fårö when he was looking for alternative locations for your movie Like in a mirror (1961), after the producers advised against filming in the Scottish Orkney Islands, and the crush was instantaneous. The director recognized the place as the crystallization of his own interior space and there he would finish shooting some of his most relevant films –Person (1966), The shame (1968), Passion (1969), Secrets of a marriage– With its variety of landscapes, its prodigious light – which in the summer only yields to four scarce hours at night – and the respect for the master's privacy by the local population, Fårö would also become his refuge: his house of Hammars – the most imposing of the six properties that it had on the island – today serves as a space to host artistic residences, keeping alive the flame of the filmmaker's inspiration.

"Last year I directed my first edition of the festival and it coincided with the celebration of the centenary of the birth Ingmar Bergman"Says Emma Gray Munthe, head of the Bergmanveckan. "I felt a lot of pressure, because I only had two and a half months to prepare the programming, and, on the other hand, I had never been here before. I did not have much time to think and I got down to work immediately, but this year I have I have had more space for reflection and I have been able to leave my personal imprint on the programming, in this edition there has been, so to speak, less Bergman in the Bergmanveckan, because this meeting is not only about him, but also about the footprint he has left in other filmmakers and contemporary artists. "

With a program dedicated to the memory of the recently disappeared Bibi Andersson, the Bergmanveckan He has wanted to claim some female figures that the official histories of cinema have left unfairly aside. A documentary about the pioneer Alice Guy Blaché It opened the screenings and the catalog of the event dedicated a delicate tribute to the work of Alva Lundin, Swedish designer of titles of credit of more than 500 films between 1920 and 1960. Perhaps one of the most heterodox proposals of the programming was the theatrical representation of The Children's Scenes from a Marriage, a montage for spectators from 10 years old who recreated the Bergman classic from the point of view of the couple's children, who listen to the conjugal discussions from their room on the top floor.

Debates on Bergmanian humor and sessions in the private cinema where the director used to watch a daily movie at three in the afternoon – among them, The jungle of crystal (1988), "given that he was not a snob," says Emma Gray, "nurtured the heterogeneous offer of an encounter that moves between respect and the lucid questioning of genius. "In the field of Swedish cinema, many considered his figure to be of such magnitude that it overshadowed everything around him and, in reaction to that, they rebelled against him," he recalls. the director of the Bergmanveckan. "Some filmmakers were considered underestimated, because a lot of money went to their projects when that endowment could have contributed to the visibility of other creators. In movie schools they stopped watching his films and began to vindicate the figure of Bo Wideberg, whom they considered as the opposite pole to Bergman, a kind of Swedish John Cassavetes who bet on spontaneity and improvisation in front of the Bergmanian model. However, now many Swedish filmmakers are rediscovering it. It is difficult to be a prophet in your own land, but now all this is changing. Now I see Bergman everywhere. You have to have respect for his work, but also discuss it, dissect it, "he says.

The European Film Academy has included the Bergman Center of Fårö, base of operations of the festival located a few meters from the tomb of the master, in its list of Treasures of the European Cinematographic Culture, in which there are only 10 places, among which there is another bergmanian glare: the beach of Hovs Find where rolled the chess match of The seventh seal. The Bergmanveckan, in short, has something of cult celebration (cinephile) in a sacred place.

A set of almost Cervantes mirrors has distinguished the celebration of the Bergmanveckan this year: the festival coincided with the filming on the island of the new project of Mia Hansen-Love, Bergman Island, where Vicky Krieps and Tim Roth give life to a couple of filmmakers who retire to the place to develop their new projects. The celebration of the Bergman Week plays an important narrative role in the film, as well as one of the most popular attractions of its programming: the so-called Bergman Safari, a tour of more than three hours through mythical locations of the Bergmanian imaginary. Ellen Lundkvist, who for several years worked as a real guide to these safaris, gives life to the sparkling fiction guide in the film. "The beach of Person It is the jewel of the journey. That's where Bergman made the decision to stay on the island forever and the place has a very special aura, "says Lundkvist.