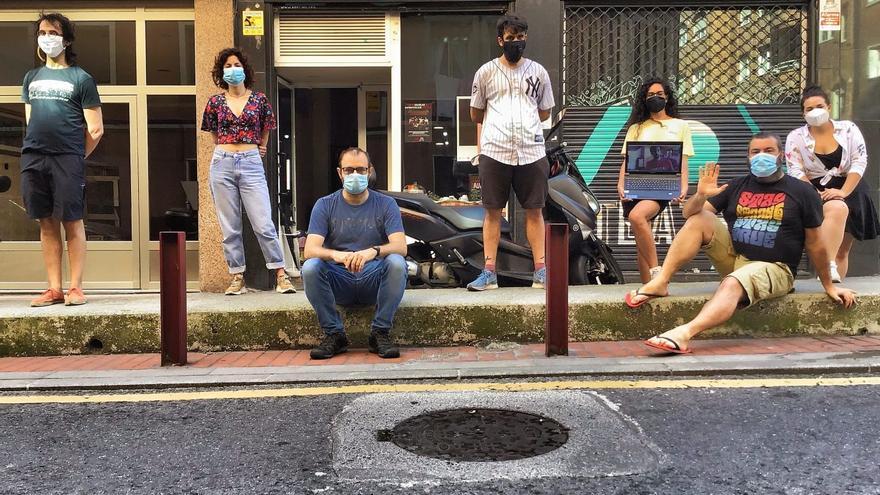 On January 30, the Pavón Kamikaze Theater, an institution in Madrid’s scenic scene, lowered the curtain for the last time. It had been running for five years and accumulated numerous successes, including the National Theater Award in 2017. But also debts, because the survival of a private theater with innovative proposals was not easy during the old normality. The final closure was dated for June 2021, but the pandemic forced the goodbye to be advanced by six months.

“It was inevitable. We have to accept it and let go, say goodbye with dignity,” said one of his partners in December when talking to elDiario.es. The Kamikaze will not open again, but other venues and private companies continue to navigate the third wave of the pandemic, after a year in which European performing arts have lost 90% of revenue, according to the results of a report commissioned by GESAC, the European Grouping of Societies of Authors and Composers where the SGAE is integrated, which points out that the effects of the crisis will be felt in culture for a decade.

“The sector is pure uncertainty”, points out Pilar de Vicente, director of Scene Studio, a musical theater school located in Rivas-Vaciamadrid. At their center they were already familiar with the methodology on-line, so the move to virtual was not a big problem. “We had a 40% reduction in the number of students and we got ahead thanks to the ERTEs, in addition to individual aid and the reduction in the rent of the premises that the owner made us,” he explains. “As an autonomous I have also had state aid, the moratorium on mortgages, without that it would have been very, very complicated.”

Scene Studio has a company made up of students, currently unemployed. “In that field we have lost all options,” laments Pilar. “You can’t expose people when it’s for learning.” However, some projects continue, such as the musical Magallanes, designed to train professionals from scratch, and Pilar says she feels lucky. “We have generated a good bond with the students and we have cared about the families. When the pandemic began, we had students who could not pay and we did not want them to disconnect, we tried to help.” “Measures such as, for example, extending the moratoriums until September, would be very useful,” he emphasizes.

Erik Leal is a theatrical producer and one of the eight members of the Arimaktore theater, which has been active in Barakaldo, Vizcaya for almost nine years, and has a total capacity of 50 seats. During the confinement they looked for alternatives, such as setting up a talk show on YouTube “to continue keeping that loyal audience connected with us”, says Erik, proud to be part of “one of the few private and associative rooms on the Left Bank”. Before the pandemic, they were about to invest 11,000 euros to expand it, but now most of their partners are “in a very precarious situation” after having lost their parallel projects as actors.

“We feel forgotten, there is an important bulk of the cultural sector that is in an associative regime, our size and our regime have weighed down when it comes to obtaining aid,” says the Basque producer. In his case, the Barakaldo City Council has granted a posteriori help to pay part of the rent of the premises. Soon they will premiere a comedy, The new subnormality, although Erik fears that mobility restrictions and continuous schedule changes due to the curfew will weigh on the influx of people, who usually come from other municipalities.

Another artist who hopes to feel the nerves of the premiere is Fernando Manso, who on March 12 and 13 will direct the Argentine comedy Catholic, Apostolic and Roman Boys at the Teatro Real Carlos III in Aranjuez. The idea of ​​bringing the work from Argentina was taken up again after the confinement, and implied the realization of the casting and the first formal tests. on-line. “Now we do fewer face-to-face rehearsals than normal to avoid contact,” he explains, and is grateful that the project works thanks to the human quality of his team, which has known how to adapt to the circumstances.

“It is a crazy and entertaining work, it has rhythm, music and dance,” he says. “I think this theater prototype fits right now, comedy that implies disconnection, making people laugh. That was one of the factors that prompted us and brought us together to push it forward.” His production company, FMproduce, has not received any financial aid, but for the moment they manage to survive. “With this exercise, we are able to show that the culture is safe”, underlines Fernando.

Almost a year after shock In early March, many find it difficult to see closed projects inevitably postponed and canceled. “The Kamikaze is not going to be the first theater to close,” regrets Jorge Amor, a member of the Rodetacón company. Although in October they premiered a musical at the La Latina theater, the force of the second wave “brought widespread fear and people no longer came to the theater.” Due to the cancellation of a tour, he has had to leave Madrid and return to his hometown of Badajoz, from where he seeks employment after a difficult month: both he and his parents contracted COVID.

In a similar situation is Juanjo F. Larcon, a Murcian actor who sees his work horizons continue to fade in 2021. He played one of the characters in Extinction, the award-winning play by Luisma Soriano that was to be performed at the Teatro Circo de Murcia and which was canceled for the second time in January, a week after its premiere. It has been rescheduled for March, but Juanjo does not know if he will be available during those dates, because until then he is looking for work “whatever”. He was already combining his scenic projects with the hospitality industry, like many other professionals in an already unstable and precarious sector, but the company he worked for closed.

“I feel a special affection for the work and the company, I have a commitment to my colleagues so that I can get ahead,” says Juanjo. “You’re waiting for money, suddenly you lose it … I try not to think about it too much, it causes me a lot of stress and helplessness.” He says that the day after talking with elDiario.es you have an interview for a position as a telemarketer; To achieve this would mean not returning to his parents’ house. Ironically, while preparing Extinction, a very demanding play — the original version lasts more than four hours — rejected other opportunities in the theater. “I always say that we are screwed with respect, I understand how this world looks from the outside,” he says. “I just want to live honestly, I don’t think mine is the best.”

All those interviewed agree on the same message: culture is safe, and especially theater. “People do not speak, the actors do their PCR, the entrances and exits are controlled … the problem is that for the rooms and companies the capacity is sufficient,” says Pilar. For this reason, he believes that campaigns such as that of the Ministry of Culture are necessary in order to encourage public attendance, in addition to “imaginative solutions” such as the crowfunding, functions by streaming or attractive programs to retain subscribers. “Beyond direct aid, there is a lack of dialogue and organization,” he says.

As recently noted the Community of Madrid through a statement, no outbreak has been detected in the almost 4,000 cultural activities carried out since June in the region. “Obviously, the sanitary criteria go before any economic activity, but I think a cultural incentive plan is necessary, just as there will be in tourism and we are seeing it in local commerce, a plan that takes into account the fabric associative, “asks Erik. For Jorge, the private theater sector is surviving thanks to the efforts of many producers and directors who are trying to save projects with their sights set on this summer.

The closure of the small venues and companies implies the loss of diversity in the scenic panorama, Erik and Jorge warn, hoping that in a few months “a little light will break through.” Pilar and Fernando want to convey hope: “Performing arts people are creative people, we want to get ahead,” says the director of Scene Studio. “These are difficult moments, when we are all working together we do not forget, but we really believe that we have to achieve it, I think it is something magical”, concludes Fernando.

“Superman” on his way back to the movies with a Warner Bros. movie.