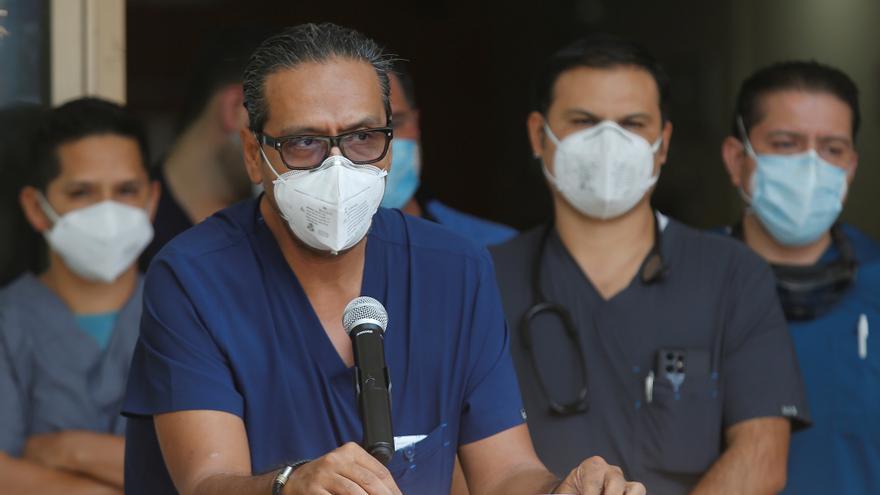 Guadalajara (Mexico), Sep 15 (EFE) .- The singer of ranchero music Vicente Fernández presents a slight neurological improvement, although he continues in intensive care and with assisted respiration, his doctors report.

After the family denied last weekend the rumors that the Charro de Huentitán had died, the doctors now indicate that the interpreter shows a slight tendency to improve.

“Don Vicente continues in the intensive care area due to the type of care he requires. He has remained stable with noticeable changes in his neurological state, his evolution has been slow, but he has maintained a very discreet trend towards improvement”, according to a statement from the doctors, along with the singer’s family.

At the beginning of August, Vicente Fernández was admitted to a private hospital in Guadalajara after suffering a fall that caused him to hit his cervical spine near the skull, injuring his spinal cord and leaving his arms and legs without movement.

He had to undergo emergency surgery that caused respiratory deterioration, and this forced him to be connected to artificial respiration and to be completely sedated to facilitate his recovery.

Fernández suffers from Guillain-Barré syndrome, a condition in which the immune system attacks the nerves and can lead to paralysis, although it has nothing to do with the fall, according to his family.

The specialists who attend the interpreter of songs such as “The King” and “Pity that you’re alien” point out that they hope to be able to remove the tracheostomy that was performed a little more than three weeks ago soon and specify that the inflammation of the airways caused by this procedure begins to give way.

Fernández has a feeding tube because he cannot swallow food and his peripheral mobility – that of the four limbs – remains “absent”, although he can be seated in a recliner, the statement added.

Before this hospital admission, the singer had been admitted for a strong urinary infection that kept him in the sanatorium for two days.

Throughout his life, Fernández has overcome various diseases, such as prostate cancer in 2002, the removal of a tumor in the liver in 2012, a year later a thrombosis that caused him to lose his voice, and surgery for abdominal hernias in 2015.