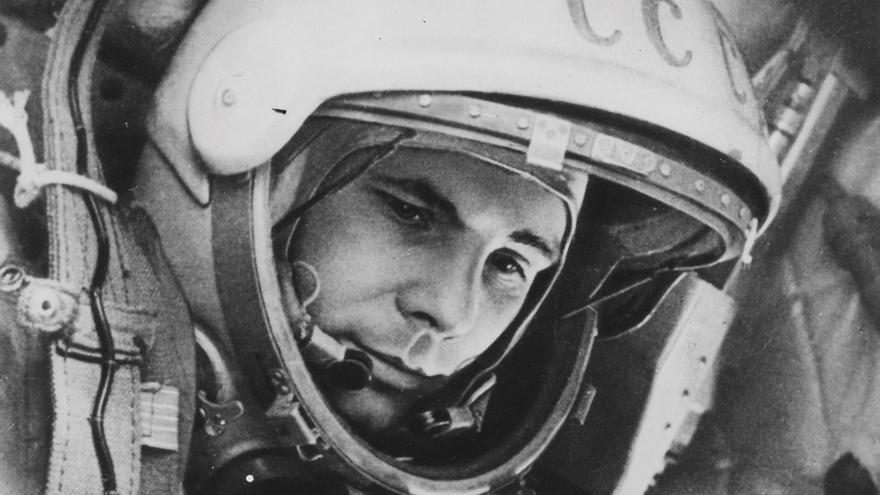 Sixty years ago the Soviet cosmonaut Yuri gagarin became the first man to fly into space, a feat that continues to make Russians proud and amaze the rest of the worldas, as time passes, new details of his incredible odyssey are discovered.

“My father left for the unknown with a 50% chance of returning. What does 50% mean? That he could either return or not, ”his daughter Yelena, director of the Kremlin museums, told EFE.

Since then, the human being has reached the Moon and has sent ships to the last corners of our galaxy, but no milestone is comparable to the one he starred in. a man of peasant origin on April 12, 1961 when he walked around the Earth.

“Poyéjali!” (Here we go!) Said Gagarin before taking off aboard the ship ‘Vostok’.

The flight was, without a doubt, a journey into the unknown. Many things could go wrong. In fact, at the last minute there was a hermetic failure and the 32 screws that sealed the capsule hatch had to be replaced.

Declassified Soviet documents show that authorities feared an accident would take placeThat Gagarin died or lost his mind. Even the father of Soviet cosmonautics, Sergei Korolyov, prepared food for him for three trips to Earth, given the possibility of a technical failure.

“There is and never will be one hundred percent certainty of the success of a space flight, especially the first one. It is difficult to decide who to send to certain death,” wrote Nikolai Kamanin, chief instructor of the Soviet cosmonauts, in his diary.

Gagarin himself, aware of the risk he was running, wrote a letter to his wife giving her permission to remarry, although he also left reflected in his will: “I totally believe in technique. It must not fail.”

The instructions contemplated the possibility of it catapulting 40 seconds after takeoff, although the previous two test launches with dogs had been successful.

Faced with the possibility that he would land in another country, they decided to write him at the last moment on his diving suit, “CCCP”, the acronym for Union of Soviet Socialist Republics.

Three official versions of what happened were also prepared, although, finally, the dispatch launched by the TASS agency reported the “successful return of the man from the first space flight.”

“The bravery of my father, that’s what aroused admiration. It was unprecedented for its time, “explains the daughter.

In addition, according to historians, the flight did not last 108 minutes, as was believed until now, but just over 106.

Gagarin returned safely and the Soviet Union achieved one of its greatest victories during the Cold War.. The United States would overtake him in subsequent years in the space race, but the Kremlin struck first.

Rumiá, the girl who saw Gagarin

“For me, the cosmos is Gagarin,” he tells EFE Rumiá Nurskánova, the first person to see the cosmonaut after landing in a field in the Saratov region, almost a thousand kilometers from Moscow.

Rumiá was 4 and a half years old when saw the ship descend with two large red balloons.

“I was planting potatoes with my grandmother. Shortly after we spotted the balloons, we saw someone approach us in the grass. At first, we thought he was not a human being, “he recalls.

His grandmother started praying out of fear. Then, he adds, “we heard a voice from beyond the grave: ‘I am one of yours.”

“My grandmother helped him take off his diving suit and we saw that he was a smiling man. We offered him a glass of milk“, remember.

To Gagarin’s surprise, they had never heard of him, since they had neither light nor radio.

“We didn’t even know that the USSR had sent a man into space. Gagarin and my grandmother went to see the state of the ship, but I had to stay, since the veal wanted to eat the potatoes. At that time, potatoes were more important than Gagarin, “he laughs.

Both they and the landing site became celebrities. Interestingly, Gagarin died in March 1968, two months after his grandmother.

Every year Rumiá returns invited by the local authoritiesAlthough the wooden house has not existed for a long time and in its place they have erected a memorial park and a museum, which was visited today by Russian President Vladimir Putin and the first woman to fly into space, Valentina Tereshkova (1963 ).

In a demonstration of Gagarin’s historical importance to this country, about 70% of Russians know the date of the historic flight by heart.