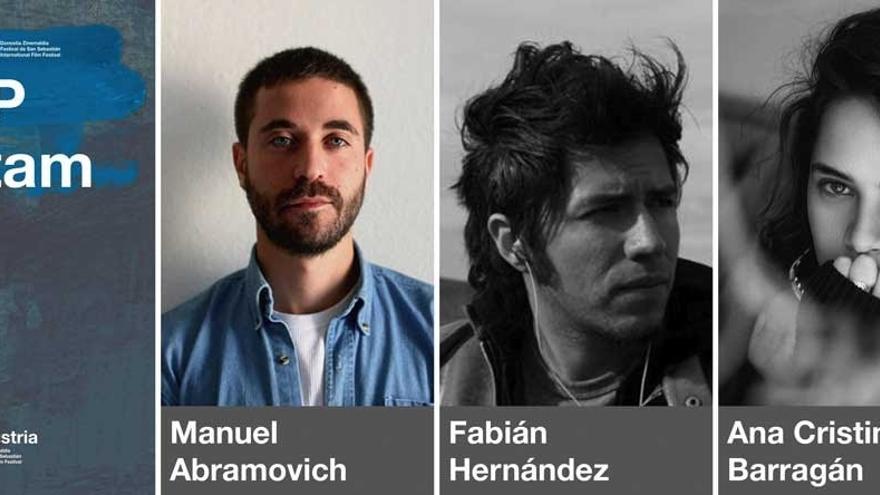 To this support program for Latin American projects, which will take place on September 20, 21 and 22, a total of 161 works have been presented in this edition, the San Sebastian contest reported in a statement.

The six selected films will compete, among others, for the WIP Latam Industry Award and the Egeda Platino Industria Award for the best WIP Latam. The first will be in charge of post-producing the winning title and the second will award 30,000 gross euros to the majority producer of the chosen film.

Argentine Manuel Abramovich will present “Pornomelancolía”, a project developed in 2018 in the residency program of the Ikusmira Berriak Festival under the title “El Oasis”, in which he reflects on the limits of privacy in our times.

This filmmaker participated in 2017 in the Zabaltegi-Tabakalera section of the Festival with the feature film “Soldado” and in 2019 with the short “Blue Boy”, which was awarded the Best Short Film Award at BAFICI and the Silver Bear for Best Short Film at the Berlin Festival of the same year.

“Un hombre”, selected at the TorinoFilmLab’s FeatureLab 2019, is the debut feature by Colombian director Fabián Hernández, whose short films have been programmed at festivals around the world. His film tells the story of Carlos, a teenager who struggles to free himself from the prevailing stereotypes of masculinity in his environment.

Ecuadorian Ana Cristina Barragán, postgraduate in Creation by Elías Querejeta Zine Eskola and participant in Berlinale Talents, will show her second feature film, “La piel pulpo”, a story about the complex family relationships between two adolescent twins, their mother and their older sister. living isolated on a remote island.

“Alba”, his feature debut, won the Lions Film Award at the Rotterdam Film Festival and a Special Mention from the Jury at Horizontes Latinos.

“Two seasons”, the first foray into the fiction of Mexican Juan Pablo González, revolves around the vicissitudes of the heiress of a traditional tequila factory to keep it afloat in the face of pressure from foreign corporations. This project participated in the Europe-Latin America Co-Production Forum in 2019.

The latest work by this filmmaker, Caballerango, was awarded at the Tacoma, Guadalajara and Dallas festivals, among others.

Cuban Carlos Lechuga presents his third feature film, “Vicenta B”, named after the protagonist, a santera from Havana with a special gift for seeing the future, who goes into crisis when her only son decides to leave the country.

With “Melaza”, his first film, he competed in 2012 in Rotterdam and won the Best Latin American Film Award in Malaga, while the second, “Santa y Andrés” was selected in Horizontes Latinos in 2018.

“The daughter of all rages” is the debut of the Nicaraguan Laura Baumeister, who participated in the Cannes Critics’ Week with her short film “Isabel in Winter”. His first feature film stars María, a girl who lives in the Managua landfill and who, when abandoned by her mother, takes refuge in her dreams to cope with the situation.

WIP Latam will coincide with the WIP Europe conference and with the X Europe-Latin America Co-Production Forum, all initiatives of the San Sebastian contest, which will celebrate its 69th edition from September 17 to 25.