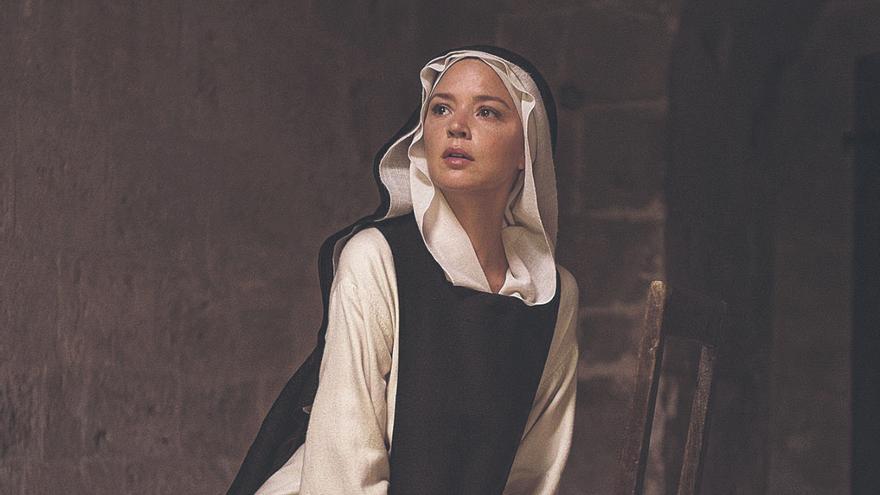 Benedetta, exhibited in the Pearls section, are, above all, two stories of true love, that of the nun with God, a sweet spirit poison that was inoculated by the family from the earliest childhood, and the one that grows between the Illuminated and the novice Bartolomea. You may think that the devil has taken advantage of a gap in the convent walls to sneak into it. You can also choose to believe, like Benedetta, that the evil one is actually He, only that he has wanted to manifest himself through that relationship to all sinful shadows.

To all this, in San Sebastián, a city of deep-rooted pious tradition, God spoke again. If on Friday its sky darkened and thundered accompanied by a fierce rain after the projection of the irreverent Titane, the two days that followed of cloudy skies and persistent chirimiri suddenly opened to a radiant blue sky since Benedetta, embodied by the actress Virginie Efira, made an appearance in the city. But Benedetta’s force in Donostia reached 2,590 kilometers away. Ten minutes after the viewing began on Sunday at the Donostiarra Principal Theater, just at the moment when Benedetta, the girl, was performing the first miracle, a new volcano began to erupt on La Palma.

The most interesting thing about Arthur Rambo, in the Official Selection, the new film by the Frenchman Laurent Cantet, director who with The Class (2008) won the Palme d’Or at Cannes, is not to contrast life in Parisian banlieus full of immigrant population with from the bourgeois neighborhoods of the center, nor between the growing aggressive populism of the right and the moderate and complacent left. No. Arthur Rambo is about the effect of social media on our lives. The playful and friendly, and the wicked and invasive. Or how our actions in the networks are never innocuous. Not only can they be used by others to harm us, they also shape our personality, they modulate it. Anyone who still thinks that there is a separation between what you do offline and online is clumsily mistaken.

“I am interested in seeing and showing the complexity of our world, I see myself very concerned with what I see around me and I try to relocate it, adding emotion, putting what I feel into the skin of characters,” said Cantet at a press conference. «The character of Arthur Rambo is very representative of this time, he was born with social networks, but he does not understand its operation or its dimension. You have to understand that when you are in a social network, you address the whole world. The words that one writes have a lot of weight, a weight that we don’t measure, because, even if it is erased, it can continue there, on many people’s computers ».

Asked about “if Twitter represents current Nazism”, Laurent Cantet denied the major. “The simplification that comes inherent in the messages on the networks does lead to a lot of violence being generated.” It is significant in this same sense, said the film’s producer, Marie-Ange Luciani, that Facebook was created by Mark Zuckerberg as a way to get revenge on an ex-girlfriend.

Bye. From the Rescue Distance, by the Peruvian Claudia Llosa, in the Official Section, I delegate my opinion to the critic Carlos Boyero if you allow me. Come in and read, it must have been posted today. We saw her in adjoining seats in the large living room of the Kursaal auditorium and her desperate gestures, the continuous glimpses of her pre-Jurassic motorola mobile, her crossing and uncrossing her legs here and there, her blank stares at any part of the venue except to the screen, makes me foreshadow that he thinks like me, and will express it better. The only positive thing is knowing that if Netflix has paid for this package produced by the until now very prestigious Chilean filmmakers Juan de Dios and Pablo Larraín, thousands of young filmmakers have reason to think that all is not lost. There is opportunity.