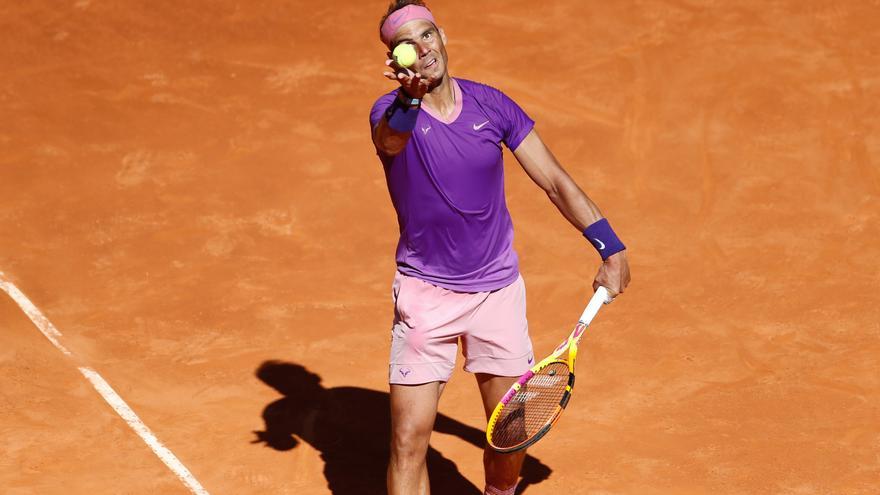 The Spanish tennis player Rafael Nadal will begin this Wednesday its journey in the Rome tournament, fourth Masters 1,000 of the season and last before Roland Garros, in search of having a regularity that he has not managed to have on the dirt tour and with a highly demanding premiere against Italian Jannik Sinner.

The Balearic player arrives at the Foro Italico to win his second title of the season after the one achieved at the Barcelona Open Banc Sabadell at the end of April and where he possibly offered his best tennis on his favorite surface, especially in the final against the Greek Stefanos Tsitsipas.

However, that good game could not have continuity in the Mutua Madrid Open, where he said goodbye in the quarterfinals to German Alexander Zverev, an early elimination that joins the one he suffered in the other great red clay event so far, that of Monte Carlo, where he fell to Russian Andrey Rublev also in the third to last round.

Now, he will try to shine in the Foro Italico in order to improve feelings for the assault of the fourteenth crown in Roland Garross, although last year he could not overcome the quarters against the Argentine Diego Schwartzmann and then he reigned in Paris with enough authority, and will also have there is still time to train more because of the delay of a week of the French 'big'.