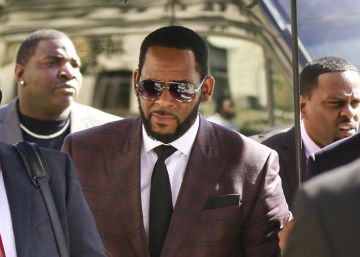 The American singer R. Kelly was arrested this Friday in Chicago, accused by the federal authorities of more than a dozen sexual crimes, including child pornography, according to local media. Kelly, 52, has opened a parallel process since the month of February before the State of Illinois, in which he is accused of sexual abuse to four women, three of them minors.

In February, the R & B singer and winner of three Grammy awards was handed over to the authorities after that accusation, but he was released when posting a bail of $ 100,000 (about 88,900 euros) and plead not guilty of the crimes.

In this new indictment, federal authorities charge R. Kelly with 13 crimes that, in addition to child pornography, include seduction of a minor and obstruction of justice. Although his arrest occurred in Chicago, some media have reported that the process could take place in New York.

Kelly has consistently denied the numerous allegations of sexual abuse and pedophilia that he has been subjected to over the past two decades. When he was 27 years old, the artist married illegally with the singer Aaliyah, who was then only 15 years old.

In 2002 the existence of a video was known in which supposedly appeared to have sexual relations with a minor, but in 2008 was acquitted in the trial for this case, in which he was accused of child pornography.

The authorities returned to be interested in these crimes after the emission at the beginning of the year of a six-part documentary television series called Surviving R. Kelly, that the Lifetime channel broadcast about the artist, who achieved fame in the nineties. In the documentary, a supposed victim of the singer assures that this retained in his mansion women against his will, whom he treated as slaves.

Weeks after the series was broadcast, the Chicago Public Prosecutor's Office charged R. Kelly with a dozen sex offenses to at least four women, three of them minors. The singer appeared briefly in a court hearing dressed in the orange suit characteristic of the prisoners before being released on bail.

In addition, in March he was arrested for non-payment of the maintenance of one of his three-year-old children, whose mother owed more than $ 20,000.