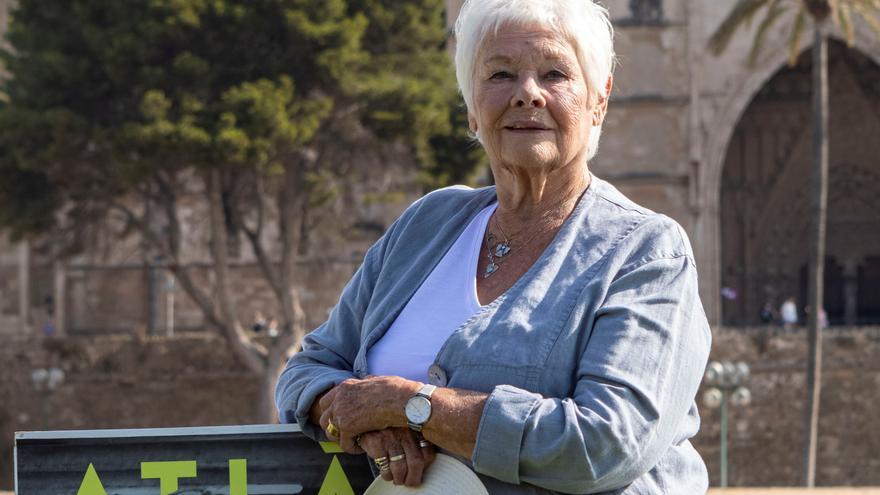 Palma, Jul 31 (EFE) .- The British actress Judi Dench, who tomorrow receives the Masters of Cinema award in Palma at the Atlàntida Mallorca Film Fest, thinks that since she began her career in 1964 with the film “The third secret” , by Charles Crichton with Stephen Boyd, “cinema has become more sophisticated.”

In an interview with EFE, Dench explained that “cinema is constantly changing, new directors, fresh new faces, actors and actresses appear who contribute something new, but in general it has become much more sophisticated.”

Dench, who gave life to M in the James Bond saga in films such as “GoldenEye”, “Tomorrow never dies”, “Die another day”, “Casino Royale”, “Quantum of Solace” or “Skyfall”, his last appearance -in that film he dies the victim of an ex-MI6 agent, played by Javier Bardem-, he thinks that perhaps the 007 agent series reflects like nothing that evolution of cinema in recent decades.

“Bond films have always been very sophisticated and very beautifully shot and it’s not that others aren’t, but there is so much expectation every time a new film in the series is released that, in a way, they have become more complex, they have incorporated more and more special effects, they have given more complexity to the characters, and new technologies have made them extraordinary. ”

Legendary are their roles as Shakespearean ladies such as Ophelia in “Hamlet”, Juliet in “Romeo and Juliet” or Lady Macbeth in “Macbeth”, and Dench herself thinks that Shakespeare is “so extraordinary that she already anticipated the response of the human condition to a pandemic like the Black Death in ‘King Lear’ “.

And she adds: “I’m sure if I lived today, I wish I were alive today, I would have written not one but probably several dramas about the coronavirus pandemic. My husband, who also acted in Shakespearean plays, said he was’ the man who pays the rent'”.

Dench thinks that “the film industry will survive the pandemic, but it is not so clear with the theater” and remembers that he has friends with works about to premiere who have seen that they have been suspended because someone from the company caught the covid, something that is happening a lot. ”

On the other hand, in the cinema he participated last year, in the middle of the pandemic, in the filming of the film “Belfast” under the orders of Kenneth Branagh, a film based on his childhood, when he lived through the riots in Northern Ireland, which “was recorded with extreme care, keeping his distance, and in the end he managed to finish it without mishap. ”

With such a long career, Judi Dench does not feel the need to work with a new director, but remembers with “special emotion” working for Clint Eastwood on “J.Edgar”: “It was the most relaxed experience of my life. It does not start. to shoot until 9 or 10 in the morning and it ends at 4:30 pm In one scene I was talking to someone and I looked up to ask when we were going to start, and they told me, it already has, it had been recording. It was quite an experience and it is always interesting to work with such different people. ”

Dench presents this Saturday at the Atlàntida Mallorca Film Fest “A mocking spirit”, based on a play by Noël Coward, which David Lean already took to the cinema, and which is now directed by Edward Hall, “a beautiful work on stage” and which has given him the opportunity to fulfill his dream of acting under the direction of Peter Hall’s son, with whom he had worked for years. ”

Last year he released “Artemis Fowl”, also directed by one of his fetish directors, Kenneth Branagh, who confirms that Dench does not intend to retire. “Retire is a word that is not allowed in my family and, in fact, I don’t even know how to write it.”