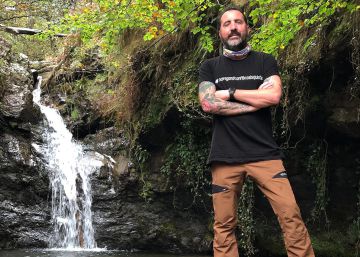 Cystic fibrosis of Xavi Caballero was primed with his lungs. Diagnosed with two months, hereditary disease, which is characterized by a problem of the mucous glands that damages the lungs, pancreas and digestive tract, among other organs, has conditioned its 37 years of life. Until August 5, 2018. A call from the Vall d’Hebron hospital in Barcelona at noon interrupted his meal and changed his life: there was an organ for him. “Since I have reason, I was drowning. At 11, I played football and drowned. It was a life of drowning. The transplant has changed my life“, he explains. Since his intervention, Xavi has gone on to swell the success meter of the national transplant system. Spain has revalidated, for the twenty-eighth consecutive year, its world leadership in transplants (5,449 interventions) and donations, with 48.9 donors per million inhabitants.

Xavi had been waiting for 15 months. He was called twice before the expiration, but the organ was finally not compatible. He was still waiting, tied to an oxygen machine. “When you see that they don’t call you, you get used to it and you are normalizing it. You have to continue with your life,” he admits. That August 7, after the call, he left the food to be done and ran to the hospital from his home in Sant Pere de Ribes, a municipality 40 kilometers south of Barcelona – waiting patients have to be at least two hours from the hospital that coordinates your transplant. “I had a hunch that that day would be for me. When they put on my slippers, my hat and pajamas I knew that the transplant was going forward,” he explains. Doctors do not confirm the intervention until the last moments, when they have the evidence, after extraction, that the organ is compatible.

The intervention was a success and, three days later, in the ICU, the oxygen was removed. Since then, his life changed. “The system is perfect and the coordination is impressive. I will be eternally grateful to the donor and his family because I have experienced a life I had never imagined. I would not have turned 37 if that family had not decided to donate,” Xavi values, who has returned to make hiking trips to Cantabria or Teide and even a section of the Camino de Santiago.

Organ donation has grown by about 40% in the last six years. Although donors have fallen due to traffic accidents (only 4.4%), the donation in asystole (due to cardiac arrest) continues to rise and already accounts for a third of the total. Brain death donors remain the majority. “We continue to grow in donors despite being in an environment that is not favorable to donation because, fortunately, traffic and strokes have declined,” says Beatriz Domínguez-Gil, director of the National Transplant Organization (ONT).

The profile of donors has changed: from young people killed in traffic accidents to elderly people who die from natural causes, usually strokes. In fact, 30% of donors were over 70 years old.

To further improve donation rates, the ONT has launched the 50×22 Plan, to reach 50 donors per million people in 2022. “We almost got it two years in advance,” says Domínguez-Gil. Among the measures to achieve this challenge, the ONT is committed to promoting cooperation between the ICU and Emergency departments to detect more donors and strengthen donation in asystole. “We started in 2009 with asystole, but it is a more complex technique because, with cardiac arrest, the organs run out of blood flow and, until they are removed, they can lose their viability. We want to encourage donation in asystole. [ahora lo hacen 121 de los 185 centros autorizados para coordinar donaciones] and transform it into a multi-organ donation. Now we are developing organ preservation techniques, with extracorporeal circulation machines, which are already being copied by other countries, “says Dominguez-Gil.

The director of the ONT, Beatriz Domínguez-Gil, says that, despite the good results for 28 years, “there is always room for improvement.” The big challenge, he admits, is the sustainability of this successful system. “The system has grown a lot, but workers and donation and transplant units have not grown. If we want to continue raising rates, it is important to adapt human resources and equipment to the reality we have. The care burden is brutal,” admit.

Dominguez-Gil claims “more staff” dedicated to transplants and a talent retention plan. “This increase in activity keeps the system in tension and it is important to strengthen it. We need attraction and retain more professionals,” he adds.

The other major asset of the 50×22 Plan is to incorporate private health into the donation circuit – not the transplant – under the supervision of the National Health System. “The interest is evident. We have signed an agreement with the private sector’s employer to develop a protocol and an implementation strategy. We believe that in four or five years all the centers with potential for donation could be incorporated and our forecasts suggest that, with them, the donation could grow by 10%, “adds the director of the ONT.

The result of the 2,301 donors registered last year has resulted in 5,449 transplants (a rate of 116 per million people, the highest in the world). Renal transplants (3,423) and pulmonary transplants (419), such as Xavi’s, have once again reached record highs. 1,227 liver, 300 cardiac, 76 pancreas and four intestine have also been performed.

With everything, The waiting list is placed in the 4,889 patients, 93 of them children. People waiting for a liver were reduced by 15% in 2018 due to the effect of the novel hepatitis C treatments that began to be administered five years ago. By curing the disease, the need for transplants due to carcinomas and cirrhosis, two common ailments caused by the hepatitis C virus, was reduced.

Jesús Escudero, was one of the liver transplants before the arrival of the antiviral revolutionaries. It was operated at the Hospital October 12 in Madrid in October 2008, with 53 years, after a year on the waiting list. Several tumors collapsed his liver. “The waiting situation was distressing. My family and I noticed how I slowly turned off, like a candle,” recalls now this chemist dedicated to the audit of food systems.

On the night of October 7, while watching television with his wife, he received a call from the hospital. There was an organ that could be compatible. After the intervention, that candle that went out, “began to recover more and more strongly.”

Hepatitis virus returned to his new liver, but a few years had passed, 2014 was running and Jesus was one of the first candidates for new antiviral drugs. With a month of treatment, there were no signs of the virus. With 65 years, Jesus maintains his medical controls, but is clean of the virus and without problems with his new liver. “We are fortunate to live in a country that is a world leader in this. I have met my grandson thanks to the transplant,” he concludes.

Clinical trials of favipiravir against coronavirus begin in Japan