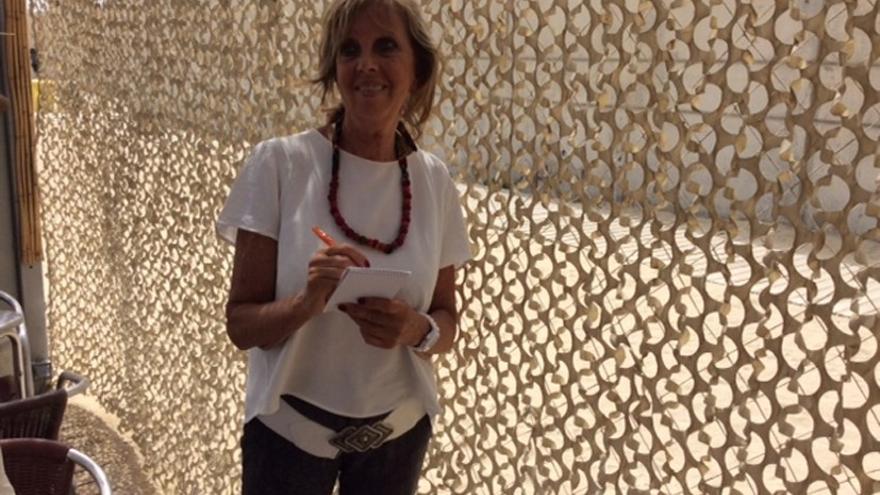 He is an authority on writing methods. The philologist Silvia Adela Kohan created in 1975 at the University of Buenos Aires the mythical group Grafein under the tutelage of the writer and literary critic Noé Jitrik. After publishing the best ‘Guides + of the writer’ in Alba Editorial, the author maintains that reading is the best writing workshop and proposes in ‘Learn from the teachers’ to look at fifty geniuses of literature, with illustrative examples.

Is more written than read?

During the pandemic, more has been written and read. In fact, new and beautiful bookstores were opened in Barcelona and they say that this Sant Jordi sold more than last year.

The other day I did a calculation about how many books a person can read in his life. With an average of one book a week for 40 years there are about 2,100. What do you think?

I had not thought about it, but they seem few to me.

Is the writer born or made?

I would say that it is neither born nor made. Saying that you write since you were a child or that you kept a diary as a teenager is not a guarantee of being born a writer, but rather a common activity at those ages. Many of the best writers discovered their pressing need to write at 30, 40 and more … The case of Saramago or Murakami, among others, is illustrative

Invite the reader to send you their imitation exercises. How was the experience?

Very productive. Really “copying” is one of the best methods to master the profession of writer or writer.

‘Learn from the masters’ is a self-study guide based on 50 geniuses of literature. How many ‘teachers’ have you left out?

I chose the ones that made me want to write, the ones that seemed most useful in the different areas of writing, and those that made up a good set, even for those who don’t write and want to know the styles. I tried to include everyone, but had to leave out many.

Cover of the book ‘Learn from the teachers’ (Alba) by Silvia Adela Kohan.

Because He is the best chronicler of everyday life and a psychologist of the passions of others, He only wanted to narrate what was happening around him, and because “The Lady with the Dog” seems to me a perfect story in which the failed lives of its protagonists move us.

Regarding the beginnings, has the: “In a place in La Mancha whose name …” has been overcome?

These are memorable beginnings, and there is more. The one about ‘Anna Karenina’, from Lev Tolstoy: «All happy families are alike; every unhappy family is unhappy in its own way. The one of ‘The process’, by Franz Kafka: “Someone must have slandered Josef K., because without having done anything wrong, one morning he was arrested.” The one of ‘Hopscotch’, from Julio Cortazar: «Would you find La Maga?». The one from ‘One Hundred Years of Solitude’, from Gabriel Garcia Marquez: “Many years later, in front of the firing squad, Colonel Aureliano Buendía had to remember that remote afternoon when his father took him to see the ice.”

The one of ‘Essay on Blindness‘, by José Saramago: “Now it’s my turn, he thought. Sudden fear made him drop his eyes. The city was still there ”.

Of all the ‘teachers’ he highlights their achievements, but not their weak points.

We all have weaknesses, but not all of us are geniuses of literature.

Noé Jitrik in the ‘Critical History of Argentine Literature’ advocates memory as a great space for writing.

Everything that Noah Jitrik says will be a great truth to me. He was my best teacher at the university, thanks to him and with him we created the method of “Writing workshop and the slogan”, which after publishing a book I brought to Spain, especially Madrid and Catalonia, and trained many who are now writers in all the country. As for memory as a great space for writing, I say like Siri Husdvedt: “It is about working with the invention as if it were memories.” Yes, I think that memory is a great quarry. Anyway, it is treacherous, one remembers what marked him emotionally; and even so, the events experienced are never exactly as one remembers them, that is why I dedicated one of my books to the ‘Autofiction’ (ideal mix of autobiography and fiction).

Depends. The boundaries between fiction and self-fiction are not absolute. In reality, everything we write is autobiographical, whether it be a shopping note, a science fiction novel or an email. In any case, you have to feel free to write and face truths of all kinds. If we write frankly, it will be enlightening both for the reader and for ourselves.

Is a poet who lies an impostor?

There is no greater truth than the poetic lie. It says a lot with very little. It is the power of metaphor and image.

He wrote about the 65 most frequent mistakes of the writer. The three most incorrigible?

A good story ceases to be if it is not well told, with the precise language and the best construction. So what seems most difficult to me is being able to create my own universe, tell instead of explain, say something different and create a particular atmosphere.

Can you reveal the professional secret about consulting a media writer?

I know of several who hire writer friends of mine to write the best-selling books, one is a best-seller from Barcelona.

Now that the networks are in decline, is writing more but worse than ever?

There is everything. But at least writing is no longer alien to people.

I don’t know how to end the interview …

Currently, I give Zoom writing workshops and face-to-face with the motto “Nothing is written”, with Francesc Miralles, and we always have waiting lists and I have a Zoom workshop on “Emotional writing” for self-knowledge, one Saturday a month. Lately, therapeutic writing gives me a lot of pleasure, and every time I go deeper into this aspect, psychologists apply it in the consultation with excellent results. The writing is healing, it is proven.