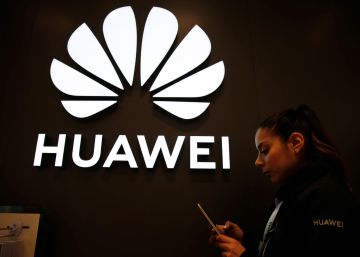 The US technology companies press the White House to grant them a special permit to supply semiconductors and other components to the Chinese Huawei, so that it can manufacture its mobile phones and tablets for consumption. The Administration presided over by Donald Trump wants, however, to maintain the veto on equipment exports for the deployment of 5G technology.

Trump makes a double game that confuses. On the one hand, it tries to maintain the pressure on Huawei but on the other hand it must keep its hand open to the US technologists in a moment class for the deployment of 5G technology. "No one can compete with Silicon Valley," the president said in an act prior to the meeting, "we do not need anything from anyone."

Treasury Secretary Steven Mnuchin and President Larry Kudlow's chief economic adviser called on representatives of Qualcomm, Intel, Broadcom and Micron to discuss the economic aspects of the restrictions that have been applied to Huawei business since two months ago. and try to clarify the situation. Google and Microsoft were also invited.

The companies are looking for a lighter treatment for the components for consumer products than for semiconductors for telecommunications equipment. They ensure that they do not pose a danger to national security. He is also asked to relax the measures that prevent them from participating with Huawei in events in which the technical rules for the deployment of the networks are discussed.

The meeting took place the same day in which The Washington Post revealed that Huawei participated in secret with the North Korean regime in projects for the deployment and maintenance of the 3G telephone network. He did it in partnership with the state company Panda International Information Technology. Washington tries to determine if the controls on equipment exports were violated.

President Trum militated to say that he needs to know more about the information published in the press before starting to shake the tree. The response of the Congress, however, did not wait and they point out that the new revelations reinforce that Huawei is an "evil actor". The US has spent years investigating the company, which was also accused of violating Iran's sanctions regime.

The Commerce Department included Huawei in the blacklist of companies in May. He considered that the activity of Chinese technology is "contrary" to national security and foreign policy interests of the United States. Within a few weeks, however, the terms were revised and the ban relaxed for 90 days. The deadline expires on August 19 and what worries the technologists is that the veto is total.

Real Madrid rises to the lead in Berlin

This is how the HUCA team works that helps resist families with terminally ill children: “No one is prepared for this”