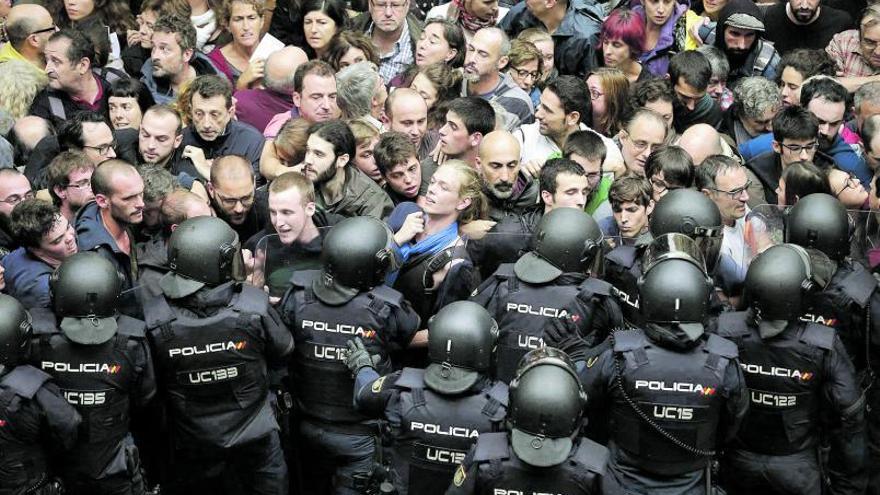 In the current state of nations, at the beginning of the 21st century, Western civilization has experienced one of the longest times of peace in all its known history, but it seems that there is a civil upheaval, fueled by economic-social imbalances, given that communications have imposed welfare standards for the entire population, unlike in ancient times, when societies were slave-owning, feudal, proletarian, or workers, and the principle of equality, at best, was census and masculine, and the self-awareness capacity of the exploited was lower. For their part, the communist systems, achieved through the violent revolution, have been egalitarian at the bottom, that is, the bulk of the population has to be the same, even if it is in misery, while in the elite, always, as Gaetano Mosca and Wilfredo Pareto have already foreseen, they are no longer equal as managers; Communist leaders follow the same authoritarian dynamic as monarchies, their blue-blooded principle and their absolutist abuse.

From the second half of the 20th century to date, for now, the military uprisings balanced through the internal war, and constituted the zeroes when democracies fell into decline. An example of this could be Argentina, which in 53 years, from 1930 until the last dictatorship ended in 1983, had six dictatorial regimes, for 25 years, with 14 dictators. Nowadays, this is no longer the dynamic, so that, in order to achieve the same result of rebalancing decaying democracies, enabling laws are being expanded.

Enabling laws are those in which the parliament gives power to a governmental entity to decree actions. Legislative power slides from parliaments or congresses to ad hoc government. In examples, Charles De Gaulle managed to include in the French Constitution empowering powers to the government for cases of independence or attacks on the territory; In Germany, on March 23, 1933, the Law was passed to solve the dangers that threaten the People and the State (Gesetz zur Behebung der Not von Volk und Reich), once all communist deputies were locked up in concentration camps , and Hitler took advantage of it to undermine parliamentarism and establish the National Socialist dictatorship. In the Chilean constitution, article 64, the president of the republic can ask the parliament for an enabling law for one year. In Venezuela there were enabling laws in 1959 with Rómulo Betancourt, 1974 with Carlos Andrés Pérez, 1984 with Jaime Lusinchi, 1993 with Ramón José Velásquez, 1994 with Rafael Caldera, until reaching the 2000 Hugo Chávez, for economy, organization of ministries and crime, using it Chávez at the end of the mandate with 49 decrees, and that is where the path to the current Venezuelan regime began, since in 2007 the enabling law was for the president to decree for 18 months on economy, territory, science, defense, transportation, popular participation and rules for the governance of institutions.

These are the current paths for totalitarian governments, since the separation of powers gives way and, with it, democracy as such disappears, leaving state management in the hands of whoever is empowered, without the parliamentary filter. It is more dictatorial governance than a parliamentary monarchy would be. The ways of violent revolution, because of the improvement of the conditions of the anti-riot forces and the quasi-total state surveillance, are no longer effective.

In May 1968 the violent revolution was linked to youth hormones and, even the filmmaker Pier Paoli Passolini, a renowned leftist belonging to the Italian Communist Party, said that the protesters were posh young men and the real workers were the riot police: “They have faces of daddy’s sons. Good breed does not lie. They have the same mean eye. They are fearful, ambiguous, desperate (very good!) But they also know how to be pushy, blackmailing and confident: petty-bourgeois prerogatives, folks. When yesterday in Valle Giulia they fought with the police, I sympathized with the police! Because the police are the children of the poor ”.

When we reread Kant’s idea of ​​reaching a perpetual peace of the union of nations through a great final war, we can think of what was, in the second half of the 20th century, mutual assured destruction, a reason for philosophizing by thinkers like Ernst Tugendhat, inserted at that time in Mitteleuropa, but whose situation, in the mutual interest of the opposing powers, provided half a century of world peace. Now, weapons with the new technology have returned to being tactical and highly destructive, but like a scalpel. Now, the new weapons are like the new riot police, practically invincible. The guerrillas are annoying, but they do not bring victory, at most they unleash the hormones. It remains, therefore, the use of these new legal tools to gradually consolidate the new king of the world, the new emperor, who already appears in several places, since violent riots or pandemics become very present and provoke the reaction of the total empire , tools such as enabling laws, waiting there, in these times when it seems that the decaying democracies of the planet are going to burst. The ontological consolidation of the higher self is approaching more and more clearly.