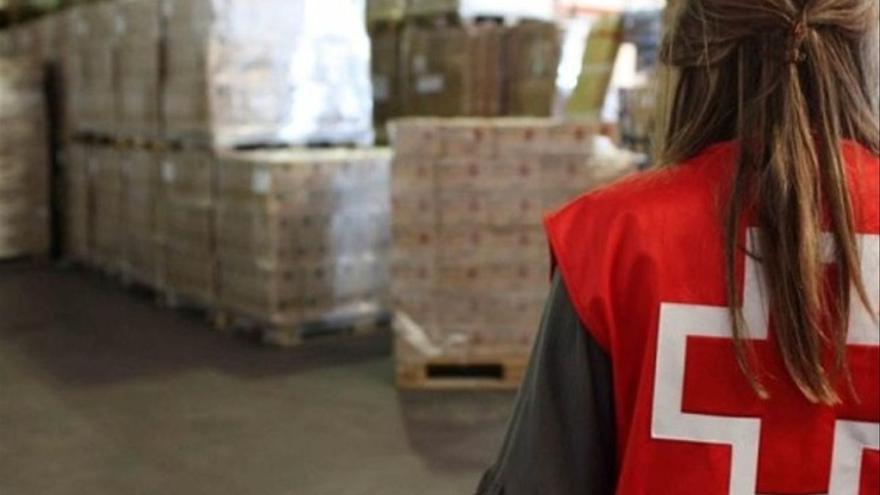 "They leave us five months empty ... this is going to show, for sure"insists the director of the Banc dels Aliments de Barcelona, Lluís Fatjó. It has been warning for weeks what is about to happen: the shortage during the first semester of the year of the Red Cross and the four Food Banks to feed the most vulnerable families. The reason, the European funds dedicated to these entities will not arrive until mid-2022, when there was usually a delivery at the beginning of the year. The Catalan Generalitat, desperately, seeks six million euros in the budget so that all families can be cared for.

Each month, half a million catalans depend on food Bank and of the Red Cross to fill the pantry and be able to eat. In the first case, the entity is in charge of supply food to other NGOs, such as Cáritas, who give it to their users. In the second case, it is the people cared for by the Red Cross, or referred by social services, who receive the food. And it is not by chance that this is the case. The Food Banks and the Red Cross are the only two organizations in Spain accredited to receive European aid funds for those most in need. A program that, only in Catalonia, contributes 12 million kilos of food per year.

The European Comission is who invests the money. The Ministry of Labor and Social Economy receives it and gives it to Spanish Agricultural Guarantee Fund (FEGA), which buys the meal and it is delivered to the Food Banks and the Red Cross three times a year. "The problem is that They have changed the system for 2022 and will only deliver food to us twice a year"says Fatjó. The first cast will not be until April or May."We had food from European aid for January, February and March and we will not have it"Fatjó insists. A concern that has also reached the Red Cross, which fears not having food to deliver to families in need.

The European Comission He insists that he follows the plan as every year with all EU countries. "We have increased the money we had planned with 40 million more", say community sources. The Ministry of Labor and Social Economy admits that the delivery system has changed: this year they will distribute the food predictably in April and September, instead of in three batches as usual. However, they do not clarify why of this decision.

It is true that these two entities have other funds with which to make up for these deficits. But it is also true that the contributions from Europe are the most important they receive. Faced with this lack of supply, the entities in Catalonia have already turned to the Generalitat. "Everyone with responsibility for this should get involved", asks the general director of Social Services of Drets Social, Josep Maria Forné, who was also director of the Banc dels Aliments de Lleida. "The contribution that entities are missing at the beginning of the year is around six million euros. This is a lot of money, but we are trying to find funds in the budget to guarantee at least half", explains Forné. The Government proposes that the rest of the aid be assumed by the municipal entities, town halls or councils. At the moment, there is nothing closed. If these public funds are activated, the Government assumes that no one is going to return them." It is money lost due to an extraordinary situation ", assumes Forné.

At the worst moment

This news falls precisely at a time of "extreme need", according to data from the Government and all social entities. Only in the city of Barcelona have doubled the number of people who need to fill the pantry with these aids. "We believe that the Food Bank and the Red Cross can activate other provision funds, such as donations from companies, surplus fruit and vegetables that supermarkets give them or the funds raised during the Grand Recapte campaign"says the general director. But precisely this campaign was quite bad. The funds raised fell by 40% and the director of the Barcelona bank already predicted that in 2022 the little food they could buy would have to be rationed again.

"We will notice it a lot, a lot," Fatjó repeats desperately. Both the Red Cross and the four Food Banks in Catalonia trust that the Generalitat will provide a solution. "The thousands of families who need us will not disappearThey will continue to knock on the door, "Fatjó assumes. That they have to leave empty-handed and stomach whirring is another matter.