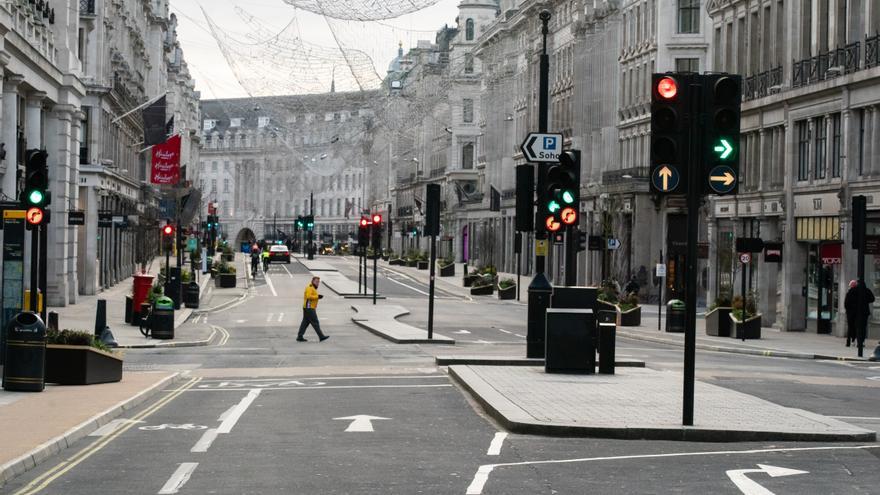 The British Minister of Health, Matt Hancock, announced on Wednesday new restrictions in several areas of the United Kingdom. Areas of the country that will go to alert level 4, the strictest in the British system and in which several areas were already present, including London, as of the morning of December 31. As of now, 78% of England's population (44 million people) is at this alert level, the BBC reports.

This level of alert means that the population of the affected areas must stay at home, as well as the closure of non-essential shops and establishments, indoor gyms and leisure centers. Nor will it be possible to enter or leave the regions at alert level 4, except on "limited" occasions when travel abroad for work will be allowed.

Among the areas included this Wednesday are Leicester City, Leicestershire, Greater Manchester, Nottingham and Nottinghamshire and Birmingham, among others.

In recent days, scientists at the Independent Sage, a group that provides independent advice, had called for all regions of England to enter level 4 to "suppress the spread of the virus while scientists continue to learn more about the new variant." Specialists believe, however, that Level 4 restrictions may not be sufficient to reduce spread.

Much of the attention in the UK is currently directed at hospitals, particularly in southern England but also in Wales and Scotland, which face increasing pressure, while the number of admitted patients reaches the maximum levels observed in the first wave.

The UK has exceeded 88,000 deaths since the start of the pandemic, according to the latest data. Specifically, the virus has left 88,151 fatalities in the country, making it the one with the highest mortality rate in Europe.

He Minister of Health assured last Wednesday that the new variant of Sars-CoV-2, called B117, "is spreading at a dangerous rate." "It is absolutely vital that we act," Hancock told a news conference.

By area, 76,669 deaths have occurred in England and Wales through the week of December 18. Since then, there have been 3,088 deaths in England, 66 in Scotland, 239 in Wales and 117 in Northern Ireland, according to Health data that cites The Guardian.