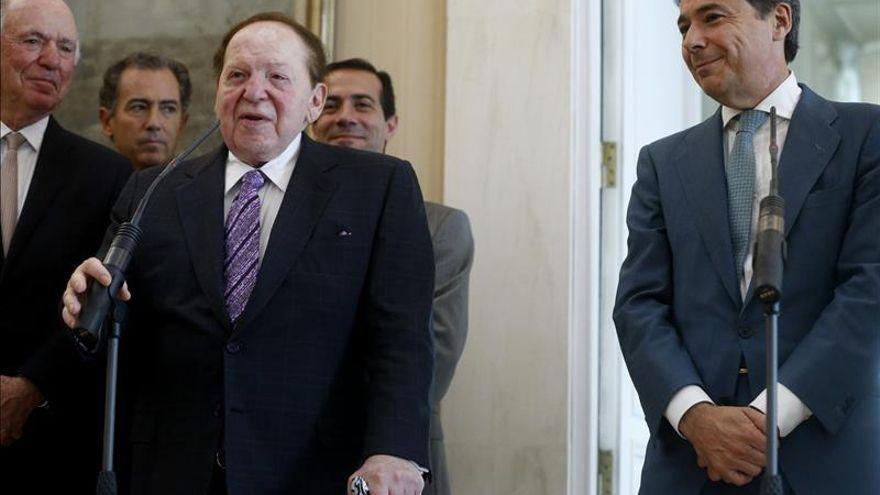 The founder and largest shareholder of Las Vegas Sands, Sheldon Adelson, died tonight at the age of 87 from complications related to the treatment of Hodgkin’s Lymphoma, as confirmed by the company in a statement praising “his achievements. in the hotel and tourism industry “and his” warmth and generosity. ”

The company was responsible for the failed Eurovegas project in Alcorcón. A plan that was being negotiated during the first years of the 2010s, despite the opposition of a part of the population, and definitively failed in 2013 due to the demands of the magnate to the Government.

Specifically, Adelson requested a series of laws a la carte for his hotel and casino complex, such as a special taxation that would allow him to shield himself against any legislative change, eliminate online gambling and allow smoking in his casinos. A sort of legal oasis tailored to the company in the heart of the Community of Madrid to which the Executive of Mariano Rajoy said “no” even after the, at that time, Madrid president Ignacio González took the project for granted and announced that it would be would lay the first stone at the end of 2013.

Adelson has also been one of the main economic supporters for Donald Trump’s latest candidacy for the presidency of the United States. According to the newspaper The Guardian, the tycoon allocated more than 250 million dollars – about 205 million euros – for the Trump campaign, as well as to support Republican members of the Senate and Congress.

The tycoon, married to the Israeli doctor Miriam Adelson, agreed especially with the pro-Israeli policies that have been one of the axes of the Trump legislature, with the transfer of the US embassy to Jerusalem or the hard line with Iran.

Precisely, Las Vegas Sands, which has requested privacy for the family, has announced that the funeral will take place in Israel, although a memorial service has advanced in Las Vegas, on a date yet to be determined.