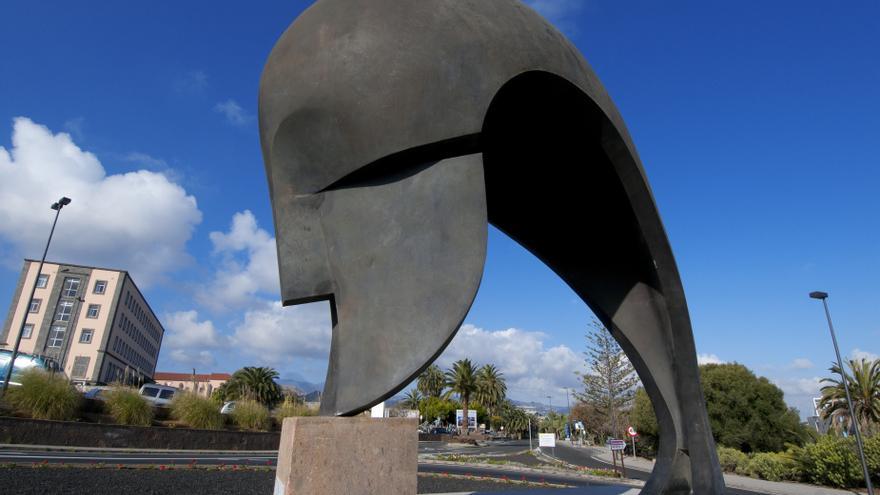 The candidate for re-election, Rafael Robaina presents a medium-term infrastructure plan, budgeted at 30,243,380 euros. It includes 28 interventions related to structural consolidation, improvement of building envelopes, user safety, improvement of accessibility, adaptation to current regulations and the construction of new buildings. “We have drawn up a plan worth 30 million euros that includes more than 28 actions, of which 20 have already prepared the project, which implies being able to execute it on the fly as long as there is funding. It is the first time that there is an infrastructure plan, designed before the pandemic, and in which it has been working for more than a year, “he said.

To carry it out, Rafael Robaina points out that, although the University’s own fund of a few million exists, the ideal situation would be to finance the infrastructure plan with the reconstruction funds for the Covid-19 destined to the education area. “What has happened is that during the crisis almost six million euros a year were stopped investing, almost 60 million are what we have lost for infrastructures. The idea was to have a plan ready to be developed. If it is with our own money, we will do it little by little, but if reconstruction funds come to us, we would leave the University ready ”.

Among the actions included in this plan, the construction of a new Faculty of Education Sciences on the Tafira Campus stands out, designed as a teaching building as well as a testing laboratory for new methodologies “which are currently impossible in the old building. from the Obelisco Campus ”. Funding has already been requested for its construction within the reconstruction funds associated with requests from the Ministry of Education and Universities. “This building is not a whim, it is very necessary because we are working on the new architecture of education, based on the generation of spaces for new ways of learning, for new ways of interacting, very different from those allowed by current Obelisk building, and I think it is time to invest in the center where the teachers of the new generations are going to be trained and that they can develop all the training potential that the new structure of the career will allow ”. Robaina pointed out the objective of organizing an international ideas competition on said building through the School of Architecture of the University of Las Palmas.

This action would also make it possible to expand, with the pertinent reforms, the studies of Humanities, which includes the faculties of Geography and History, Philology, and Translation and Interpretation, also with space problems. “The Obelisk must not be abandoned, it is almost a university heritage, the Polytechnic School was there, and it was where the selectivity was done. With the necessary internal reforms we would achieve significant growth for a crowded area such as Humanities ”.

Another challenge is the construction of the Permanent Training Center, whose project has already been prepared, to centralize, coordinate and disseminate the offer of studies and training activities throughout life, making it accessible to the university community and society, in general. “It would be located in the nascent stands of the Insular Stadium, in an area of ​​the city, Arenales, where there was still no ULPGC presence.”

The rest of the actions included in the aforementioned infrastructure plan range from structural consolidation through the adaptation and rehabilitation of buildings; improvement of building envelopes to increase energy efficiency; increase user safety through the rehabilitation of spaces; accessibility improvements in car parks; adaptation to current regulations through renovation of electrical installations; and the installation of photovoltaic panels. It also includes interventions in the sports hall, in the buildings of Physical Education, Engineering, Electronics and Telecommunications, Basic Sciences, Architecture, Computer Science, annex to the General Library, Business, parking, institutional headquarters and Paraninfo, Millares Carló building, Science classroom of Health, Warehouse of Crops and Mesocosmos, La Granja, Faculty of Veterinary Medicine, Veterinary Clinic Hospital, General Archive … “Only in Humanities there are actions in common and outdoor areas for almost 600,000 euros. They are important interventions that we will carry out, and if we reach 30 million, we will update all the infrastructures of the University ”.

The candidate for rector Lluis Serra Majem, considers that the opportunity to advance in infrastructure has been lost in recent years. “In this year 2021 we have a surplus of 7.1 million euros in the ULPGC, which would have given us to cover part of the infrastructure needs. Instead of saying what we would do for the next four years, it would have been better to have done what we could do for the past four. For example, by executing this money that we have not spent, we could have built infrastructure in the last legislature, and possibly there would not be so much disillusionment in the university community with the politics of the last hundred days ”.

Serra considers that currently the University “needs a lot of maintenance” on all campuses, “including those in Fuerteventura and Lanzarote”, in addition to the development of smart and sustainable structures. To do this, it points to the opportunity to raise funds from the various financial programs approved by the European Union to face the economic and health crisis created by Covid-19 in 2021 and the next few years. “Spain, like other EU Member States, will be a beneficiary of these financial programs aimed at making the economies and societies of these countries more sustainable and resilient, as well as preparing them for the challenges and opportunities of the ecological transition and posed by the present and the future. This is the case of the Recovery and Resilience Mechanism and REACT-EU, both included in the Next Generation instrument, to mention those that contain a greater volume of resources ”, he indicated.

In the case of the European programs created as a result of the health crisis, it considers that the participation of the Canarian public universities should be twofold: on the one hand, contributing, together with other economic and social agents, from their position of organization dedicated to the research and knowledge transfer, to the design and development of the different projects from which the Canarian economy and society may benefit; and on the other, proposing and executing those projects from which the Canarian public universities could benefit and which can directly increase or improve their capacities and infrastructures.

In relation to the former, LLuis Serra points out that the ULPGC should have an “active” role, establishing the necessary mechanisms so that the university community “can participate and contribute in proposing projects that help the Canary Islands to overcome the crisis, and to which will also be necessary to promote a dialogue with the Government of the Canary Islands ”.

Regarding the participation of the ULPGC in projects that improve its capacities and infrastructures, he cites a series of lines of action that could be financed mainly with European funds. Among them, the project to create and revitalize the Tafira SmartCampus stands out, designed to improve the attractiveness of the Campus, which concentrates most of the studies offered by the ULPGC. “The general feeling is that, in recent years, it has been characterized by a low level of activity, the presence of students, who come only to receive classes.”

Among the actions aimed at improving the “attractiveness” of the Tafira Campus, and promoting synergies, the creation, expansion and improvement of spaces dedicated to study and group work of students stand out; improvement of basic services (electrical, water and sanitation facilities …) and of public transport connections with the rest of the island, including weekends and non-school periods, “so that it becomes a recreational area accessible throughout the year ”. It also proposes the development of the green areas surrounding the Campus for walking and running; in addition to a connection with the city accessible to pedestrians and / or bicycles, with bike lanes and electric bike stations. “This accessibility will allow for recreational and restaurant areas, including a university cafeteria with healthy and varied meals.”

The improvement and expansion of the sports facilities is another of its objectives, together with the rehabilitation and putting into use of the Annex building of the General Library; the transfer of the headquarters of the Doctoral School to the Scientific-Technological Park; as well as the improvement of the offer of university residences, “and the implementation of a plan of replacement of investments that allows to face the obsolescence of the facilities and equipment of the University”.

The second axis contemplates the modernization of the Obelisco Campus and transferring part of its degrees to that of Tafira, based on a project of university and institutional participation.

“In parallel, it will be necessary to strengthen the infrastructures and computing and telecommunications services for all the campuses. In this sense, it indicates the update of the internal Telecommunications infrastructure of the ULPGC: (high capacity WiFi; improvement of fiber optic connection); the modernization of computer equipment, including the infrastructure for teaching and a plan to reinforce data security; the renewal of equipment for management and e-Administration (expansion of the functionalities of the electronic office, file processors …); a plan for recycling and processing electronic equipment; improvement of the digital accessibility of platforms including systems adapted to users with functional diversity; expand photovoltaic facilities; and carry out the necessary investments to have more efficient buildings in relation to the consumption of electricity and water. “These actions will make it possible to turn buildings into living labs for experimental teaching in areas such as sustainability, home automation or the internet of things,” emphasizes the professor.

In addition, it emphasizes the need to renew and develop research infrastructures, with a multi-year plan of investment needs in teaching laboratories, external services and workshops, and to carry out negotiations with other research agents (ULL, Plocan) before the Government de Canarias for the acquisition of a training ship based in Taliarte, among other actions. It considers equally necessary to solve the deficiencies of spaces of the administrative services; and conceptualize and equip the Fuerteventura and Lanzarote Campuses with the necessary teaching laboratories, a health research unit, in collaboration with the SCS, and university residences.