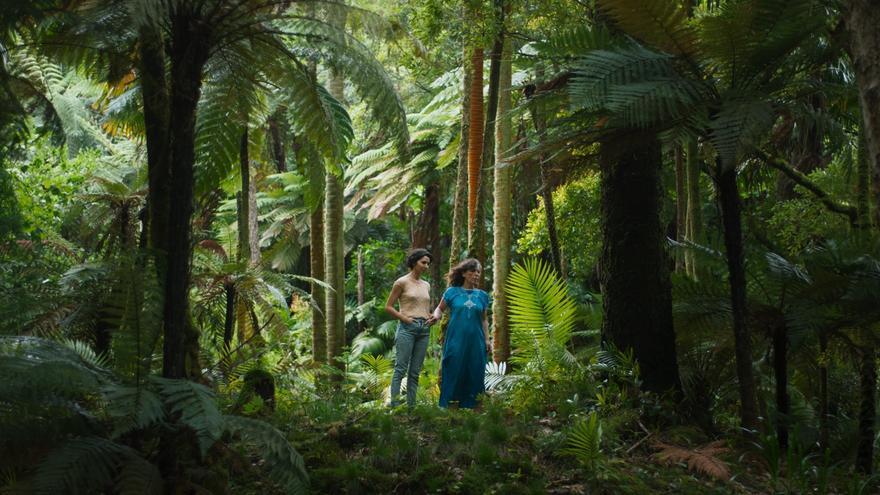 Cannes (France), Jul 13 (EFE) .- Two opposing styles, that of the Spanish Lois Patiño and that of the Argentine Matías Piñeiro, and the story of “La Tempestad”, by Shakespeare, confronted with the most contemplative nature. The result is “Sycorax”, a poetic and hypnotic short that participates this Tuesday in the Directors’ Fortnight in Cannes.

“It is the first time we do something together, we knew each other from watching our films and reading each other,” he explains to Efe Piñeiro (Buenos Aires, 1983), who assures that both were “curious to expand” their universes.

His, the obsession with “The Tempest” and the female characters in Shakespeare’s comedies in which he has worked for ten years. The one of Patiño the nature and the landscape, present in all his works.

“People who know our previous cinema can understand it as an opposite cinema. Matías’s films are very dialogued, mine are silent, contemplative, with fixed shots”, points out Patiño (Vigo, 1983).

Therefore, the objective of this collaboration was to open new prisms of their creative personalities. “Working in pairs makes the level of listening, learning, trying new things, tolerance and understanding different,” says Piñeiro.

Starting from a common text, each one projected their gaze and built this short focused on Sycorax, Caliban’s mother, which is the preparation for the feature film they are preparing about the character of Ariel, from “The Tempest.”

And it is precisely how little is known of Sycorax in Shakespeare’s text that the two filmmakers explore in their short. Who is Sycorax? is the recurring question in the film, with the most diverse responses from the people who appear in the film, a fiction that at times seems like a documentary.

Shot on the island of San Miguel, in the Azores, the long, static shots in which nature is the protagonist are mixed with a faster montage when the characters – normal people of the island – talk about who they think Sycorax is.

What the filmmakers were looking for was to “incorporate new searches” into their way of making films, working with an adaptation of a theatrical text and delving into the psychology of the characters and the narrative structure, impregnating it with the landscape, explained Patiño, film author like “Lúa Vermelha” (2020) or “Costa da morte” (2013).

And before starting the long they have planned, they decided to focus on the witch Sycorax, taken by sailors to an uninhabited island when she was pregnant with Caliban.

The feature will be shot again in the Azores but also in Galicia, two places where the atmospheric presence is very important and changing, perfect for the character of Ariel and the spirit of nature.

A short that comes to Cannes, which is the most important festival in the world, after the two filmmakers have already had experiences in events such as those in Rotterdam, Locarno or Berlin.

But Cannes “is a step forward” and an important place to be when the search for the financing of the feature film is being finalized, as is your case.

“It is the opportunity to expand the network of friends and accomplices that accompany the films,” said Piñeiro – with films such as “Isabella” (2020) or “Viola” (2012) -, which highlighted the fact that the short will be presented “on a spectacular screen before people who do not know” his cinema.

It is, he added, “the possibility of finding people to whom the films tell something new and very stimulating.”