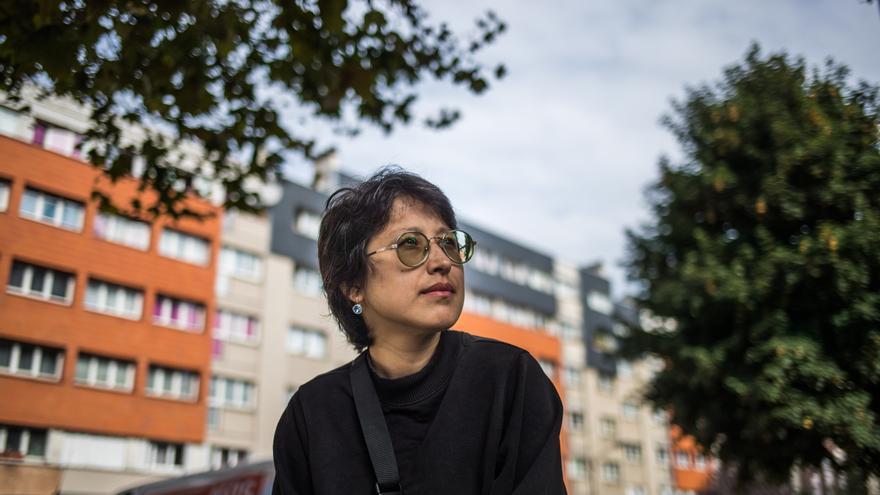 San Sebastián, Sep 21 (EFE) .- At 31 years old, the Afghan filmmaker Shahrbanoo Sadat has lived much longer than what corresponds to her age. He was born in the exile of his parents in Iran, has presented his films at international festivals and has now had to flee Kabul due to the arrival of the Taliban, leaving part of his family behind.

He tells it in spurts but with a firm voice at the San Sebastian Festival, where he gives a talk and takes the opportunity to denounce the abuses of the Taliban but also to be the voice of Afghan cinema, to assume the little that has been done in the last twenty years and bet on a future of cinema that is not limited to politics.

“I am ashamed to say that we did almost nothing in the last 20 years. The films that have been made and that have gone through international festivals such as Berlin, Cannes or Venice were works by filmmakers living abroad who traveled to Afghanistan alone to roll, “he explains.

And that has given a uniform and flat vision of a country that, beyond the Taliban violence and its political ups and downs, has a rich culture to display.

The films that were made after the fall of the Taliban regime in 2001, in the last 20 years of freedom that the country has lived, have been of poor quality “even though they have won awards,” said Sadat. They have remained on the surface and are full of clichés and old images of Afghanistan.

“We do not realize the importance of telling our own stories, we do not have the confidence to share our stories,” laments the director of titles such as “Not at home” (2013) and “Wolf and sheep” (2016).

It is now, despite everything, when a hope opens up for the cinema. “It is a very good time for us to look at Afghanistan from a distance and connect with European industry so that we can reflect on Afghanistan.”

In his view, it is possible that more films by Afghan filmmakers will be made in the next decade than in the past 20 years.

But it is something that has to be done from outside, because those who have stayed in the country “have no hope or future”, they all think about going to the border countries because “life is very difficult, they don’t even have access to their bank accounts “.

He says it with regret thinking of all the people who have stayed, family, friends or complete strangers.

When he was at the airport on August 24 to leave with nine members of his family but leaving as many in his Kabul apartment, he received constant messages asking for his help.

“It was very sad, I couldn’t even help my whole family.” It is one of the only moments when his voice cracks. The other is when he remembers his father’s dejection when they were leaving. He already had to leave his country once, he is a farmer and he was obsessed that no one was going to harvest his potatoes.

But while he does not stop telling tremendous stories, such as the murders of local artists living far from Kabul and outside the focus of the international media, he also vindicates the need for filmmakers to have their own artistic voice, not to focus only on filmmakers. social and political aspects of the situation in your country.

“I am interested in romantic comedies and I do not think they are irrelevant. A comedy can and should be made in Afghanistan,” says the filmmaker, who hopes to be able to set up such a project, which includes “the first kiss in the history of cinema Afghan”.

Obviously, the background is political, says Sadat, who nevertheless assures that precisely because of the current situation, he needs “hope, laughter, colors and pink.”

“It is important that people see a bit of Afghan culture because underneath these horrible things, there are also very beautiful things in Afghanistan.”