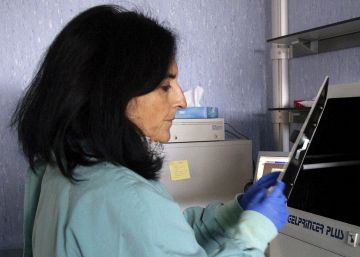 When Ramón y Cajal Hospital concluded that they were before the first case of dengue by sexual transmission described in SpainThey sent samples to the National Center for Microbiology of the Carlos III Health Institute, which has the reference arbovirus laboratory in Spain. Its head, María Paz Sánchez-Seco, was one of the people in charge of analyzing the case.

Question. Why is a case of sexual transmission of dengue so rare?

Reply. Dengue is transmitted through the bite of an infected mosquito; This is the normal way. Sexual is another way that opens a door for investigation. If it had not been seen so far, beyond a case that was described as probable, it is because the virus normally circulates in areas where the disease is endemic, full of vector mosquitoes. And it is impossible to distinguish whether the transmission was by them or by other means. Surely there will be more cases that have gone unnoticed, but it is still very rare.

P. How do you know it was produced by sexual transmission?

R. Viruses have an incubation period. The index patient acquired it outside, on a trip to Cuba, but the other was in Madrid during that entire period, so he had to get infected here. In addition, there is active mosquito surveillance: the Aedes albopictus It is present in Spain, but not in Madrid. When the case was detected, the Community services searched in case there could be in the immediate vicinity of where the infected person lived, where they moved, and did not find. In addition, there are laboratory data: we have found remains of the RNA (genetic material) of the virus in the patient's semen.

P. So, are you 100% sure that the transmission was sexual?

R. You can never be 100% sure, but it is highly probable, laboratory tests indicate this, and there is no other plausible explanation.

P. Sexual transmission of the Zika virus has been described and it is not uncommon to be confused, could it not be a case of Zika?

R. Indeed, the sexual transmission of Zika is known, which is from the same family as dengue. This makes us see that it is not so far fetched: we know that there are similar viruses that can be transmitted by this route. But it is totally ruled out that it is Zika. Symptoms can be confused by fever symptoms; also in some laboratory tests to make diagnosis based on serological tools. But here we talk about other things: RNA and the genetic sequence tells us that it is dengue. Moreover, in both patients the sequences are identical and in turn equal to circulating strains in Cuba that we have seen in some other infected traveler in this country, which indicates that there is the origin.