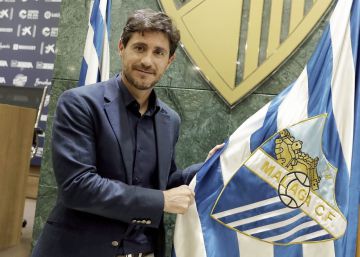 Last year the attacks on the Internet to small and medium-sized businesses, town halls and hospitals broke out. In the particular field, the most notable change in the cybersecurity sector in Spain has been the return of Emotet, orn Banking Trojan that is responsible for stealing users’ financial data. In addition to a rebound in sextorsion, according to the Proofpoint report on cyber threats during the third quarter of 2019.

Sextorsion is the blackmail of an Internet user in exchange for not spreading images, videos or messages of sexual content. In recent years, the Internet has become one of the main means to start a relationship, but sometimes, cybercriminals, through a false seduction, get the user to maintain cybersex and then, is blackmailed in exchange for not Spread the images or videos. Sextorsion also affects teenagers. “Many young people send photos to people they trust but then they can play it if they have photos or videos uploaded,” says Jordi Serra, internet security expert and professor of multimedia studies at the Oberta University of Catalonia (UOC).

The last known relevant case, that of the former coach of Málaga CF, Víctor Sánchez del Amo. The Andalusian club dispenses with its technician, after he announced he was the victim of a blackmail that has denounced the police. Last Tuesday a video of the malaguista coach began to circulate through social networks, dressed in the equipment of the team, in which he teaches the camera his genitals. Sánchez del Amo denounced its dissemination to the police, also stating that he was being subjected to “harassment and extortion”.

Subsequently, Malaga announced that he was suspended from his duties “immediately” until the facts were clarified, and this Saturday he resolved his contract unilaterally alleging that his images had caused “serious damage” to the club.

Sextorsion has more faces: there are more and more tools that allow cybercriminals to unlock mobiles and steal photographs and videos. In addition, users should be aware of publications on the internet, even in email or in private files within social networks. “When a photo is sent or published on the internet, the user ceases to have the power about her. At that time it can be stolen by anyone and from there, blackmail the protagonist of the content, ”says Serra.

Another of the main threats of 2019 has been the banking Trojans. The report notes directly to Emotet. He was first identified in 2014 and was originally a malware bank that was trying to get into a computer to steal information through email spam. Emails containing this virus may include images of known brands. Emotet can also try to persuade users to click on the infected files that they can carry by subject your bill, Payments or shipping information from known courier companies.

Open WIFI networks are useful for opening a browser and making the query, not accessing the mail, much less the bank account

Other banking Trojans are located between the user and the browser. “When the browser sends the data to the bank, to access the accounts or transfers, the information is encrypted. However, when we access some pages and enter passwords, these Trojans can record them and cybercriminals can enter our accounts later, ”explains Iván Martínez, an expert in cybersecurity and artificial intelligence of the Complutense University of Madrid (UCM).

These types of threats can be avoided by protecting ourselves and using common sense. “You should never open a message from an unknown recipient, or offers; something worth 100 euros and they try to sell you for three, it is only for the user to open the mail, ”says Serra. You should never access a bank from an open WIFI network. “They have been able to supplant the identity of the network, and the user connects to the computer on the next table instead of that of the establishment. Open WIFI networks are useful for opening a browser and making the query, not accessing the mail, let alone the bank account, ”says Eusebio Nieva, technical director Check Point for Spain and Portugal.

Malicious URL-based links is another of the most prominent threats, according to the report. These links they comprised 88% of the total volume of attacks through messages. These links are apparently reliable but when the user clicks on them, they are redirected to a fake website that mimics a real website. When the user browses the page and enters personal data such as passwords or emails they are recorded and stolen. These messages arrive through emails where the user is asked to click on a link. Care must be taken especially after signing up for a new website or platform.

Ransomware has been the star of 2019. It is malicious software that when it infects a computer gives cybercriminals the ability to block a computer from a remote location and encrypt files so that the user stops controlling the information and data stored in the system . In May, the city of Baltimore (Maryland, USA) was attacked with a ransomware called Robbin Hood, which blocked the town hall system for almost two weeks. That attack was the beginning of a wave of ransomwares against public administrations around the world. He arrived in Spain in September when Jerez City Councils remained collapsed for several days after a virus called Ryuk infected about 50 servers.

“This wave has also been transferred to hospitals. The most frequent is to send an attachment simulating that it is another company with an invoice or relevant information. The user clicks and and the PDF or Word file no longer opens. At that time the virus begins to encrypt and infect all other connected computers and takes control of the company, ”says Jordi Serra, internet security expert and professor of multimedia studies at the Oberta University of Catalonia (UOC). Cybercriminals ask for money to unlock the system. “They started asking for the equivalent of 300 euros in bitcoins but now they are asking for thousands,” Serra adds.

The only way to protect yourself is to have backup copies because when these viruses act the company or City Hall is no longer operational. “Some antivirus companies are creating tools to combat these viruses. Karspersky released a version that unlocked some computers for example, ”explains Serra.

Other attacks that have featured in 2019 are targeted threats. The cybercriminal investigates a company: he knows who is in charge, the organization chart and the secondary positions. In addition, if they observe on Facebook that the boss is traveling, they sometimes call on his behalf and ask for a transfer. “Many companies are falling into this thymus of payment of bills by non-existent third parties, mainly SMEs,” concludes Serra.

How to disable custom searches on Google for Android