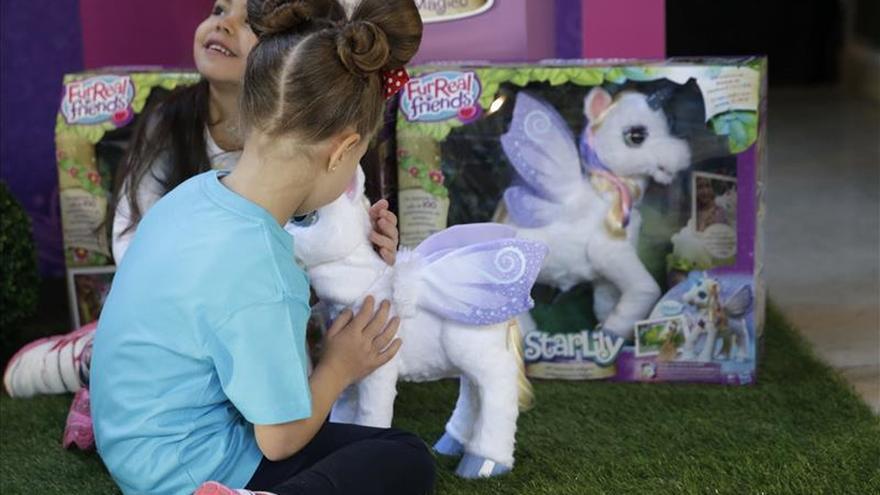 At the end of October the televisions already anticipate Christmas with advertisements for toys and large volumes of catalogs arrive at homes. With them comes the revelation that children’s play is not yet a field free of sexism. Girls running around happily in their new kitchen, taking care of a doll, pushing her cart or putting on make-up with a palette of pink paints, and boys playing the role of great scientists, building imposing buildings or driving cars and motorcycles.

“Little or nothing has changed stereotypes in recent years. During the months leading up to Christmas, far from what it may seem, advertising turns gray and returns us to times of the past ”, stated the Secretary of State for Equality, Noelia Vera, in the presentation this Monday of the report“ Publicity and Christmas toy campaigns: promotion or breaking of gender stereotypes and roles? ”. “This study is one of those feminist alerts that is not less relevant because it is repeated, because playing, despite what they tell us, seems to us a serious matter.”

More than 100 hours of advertising recording, 180 advertisements, hundreds of catalogs and places of sale have been analyzed to verify that “when it comes to playing it is not the same to be a boy than a girl and that also the roles are not interchangeable”. expressed Beatriz Gimeno, director of the Institute for Women. Pausing first on the supply of toys, the researcher responsible for the study, Diego Fernández, has found that for children this offer opens up a wide range of possibilities with activities that stimulate creation, the intellect and encourage them to action, while for they are mostly restricted to activities that are expected of their sex, home and care, and that stimulate concern for their physical appearance.

“Do we want that for future generations the main female concern is to be desirable or seductive? To stay inside the home and take responsibility for the care?”, Beatriz Gimeno has asked herself, aware that “toys are a powerful means of educating and socialize in childhood. ” For Pilar López Díez, an expert journalist in Gender and Communication, keeping girls in certain settings “promotes the culture that women continue to earn less than men, or that certain men, not a few, consider themselves superior to women with the ones that are related. “That is, he clarifies, we place girls in absolutely disempowered spaces.”

The report highlights, in addition to the traditional professional segregation by sex – nurses, hairdressers and housewives compared to pilots, scientists and architects – the marked absence of technological devices in advertisements featuring girls. “In 60% of the advertisements aimed at girls, the technological support does not appear, in the case of boys this percentage drops to 26%”, adds the coordinator of the study. The report relates these messages that come from childhood to the adult professional reality, in which women are still underrepresented in careers related to Engineering, Architecture or Videogames. It is one more strategy of what some expert voices call ‘gender marketing’, and that extends to the design, the color palette, the iconography, the voices of the protagonists of the advertisement or the music that illustrates the action.

The way in which the narrative is constructed and the archetypes are identified, with all their elements, is key for the message to be effective. How does gender marketing work in advertising for children’s toys in Spain? Diego Fernández first analyzes the figures of the protagonists of the advertisement. “Girls have more presence (83% compared to 68% boys), but in places of less relevance. They always appear in the foreground, they seem bigger, more important … And it is also interesting to look at how they interact Children appear more alone, with autonomous capacity, they in groups “.

The construction of archetypes

To what extent can advertising condition the development of the children who receive the messages? Juana Gallego, professor at the Autonomous University of Barcelona (UAB) and director of the Observatory for Equality of the educational institution, explains that “advertising has become a discourse similar to that of a religion, which tells us how we should behave and how to to the deepest longings of the human being. Advertising does not reach reason, does not demand criticism, it is pure emotion “.

According to the study, girls are related in 68% of cases with archetypes of beauty, 35% with the figure of caregiver, mother or wife, and 7% with that of heroine or warrior. For children, 9% introduce the role of father, 15% that of adventurer and 33% that of warrior. The context in which they are presented also continues to reproduce these stereotypes. “Pink in toys and clothes continues to be the prevailing color in advertisements aimed at girls. We have even observed that it sometimes disappears from the advertisement but remains on the product’s packaging,” adds Fernández.

The data show that boys appear on backgrounds with bright colors in shades of blue, or dark ranges, girls, on pink and pastel backgrounds. On the other hand, it points out important differences in the tones of the “voice-overs” and in the phrases that are used in advertisements for one or the other sex. “Male voices are remarkably low, authoritative and strong for boys, and very sweet, soft and even too childish for girls.”

For Juana Gallego, this strategy responds to the need to stereotype femininity from childhood by showing girls as “sweet creatures that have a soft little voice.” She says that it also happens with the voices of adult women who appear in the ads, so that “you seem like a good girl when you do not yell or show anger or determination.” All this adornment, with music of the same characteristics and iconographies of hearts, rainbows and glitter, “prevents us from taking a step forward and leaving general ideas behind,” laments Pilar López Díez.

“There are diverse families who want their boys and girls to be able to put themselves on the stage they want, or replace the dolls with technological devices, and who turn off the TV when they perceive the musty smell that some advertisements have,” said the Secretary of Equality . He believes that it is urgent “to transform pink and blue into a more diverse color palette that reflects the society that we already are.” In the opinion of the experts consulted, children’s advertising lags some steps behind social progress. How to break with gender marketing?

The director of the study explains that in some online portals, “the first steps are already being taken to end the segmentation of toys for boys and girls by creating more spaces of equality, with unisex toys, images of cultural and geographical diversity, changing the roles that perform … “. However, putting the magnifying glass on the products “we see that the language, the tasks that are still assigned to girls or the sexist slogans continue to dominate the discourse.”

For Pilar López Díez “developing non-sexist advertising is relatively easy in these times and, furthermore, we cannot say that it has to scare anyone.” He says that “it is not a question that the day after tomorrow the trolleys with the pink dolls will disappear. But just as this advertisement is done, an alternative advertisement is made that places the girls in spaces that have not been placed until now. I would put a woman with a stethoscope or an agronomist next to the cart and the kitchen. We must expand the field of representation of girls. ”

“We know that they are not going to do it out of feminist conviction, he says, but we must point out to those who are holding this publicity and convince them that this is how they are losing consumers, families who decide to stop buying a toy because they are tired of seeing that the girl wants to be a princess and the boy Spiderman “, concludes López Díez. Juana Gallego recalls, on the other hand, that “children do not only see the ads that are directed at them, they also see those of adults, where marketing also works to represent certain values”.

The director of the Institute for Women, Beatriz Gimeno, has clarified that the study includes many of these recommendations and has called on companies to “eliminate gestures associated with femininity and masculinity, especially messages of sexualization.” Soon we will meet with the industry so that January 6 is a date in which the real magic is in breaking down the barriers that are being put to equality by restricting the freedom of the game. ”