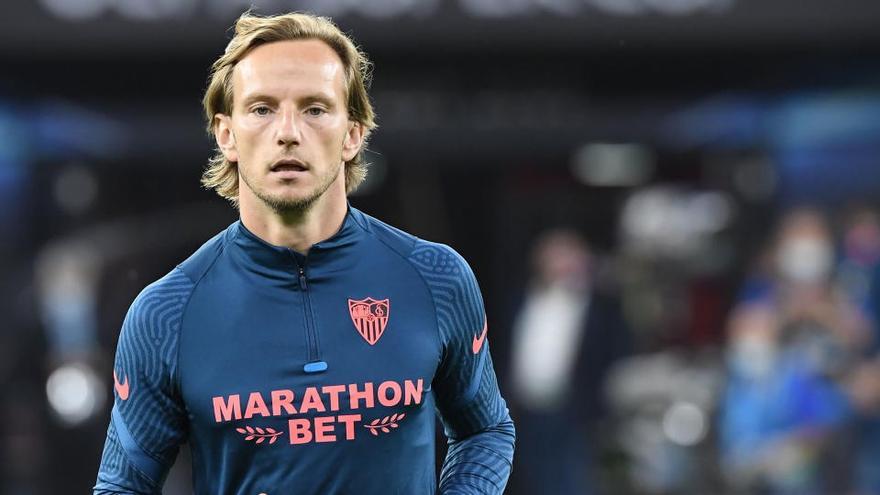 He Seville faces his first official game of the season without complexes with the illusion of adding a new title, that of the European Super Cup, but for this he will have to overcome Thursday in Budapest powerful Bayern Munich, current champion of the Champions League and of the Bundesliga and that started the domestic tournament this year with a resounding 8-0 against Schalke 04.

The spectacular curriculum of the Bavarian team, one of the most successful in Europe, is highly respected within the Andalusian club, but the Seville has also earned a prestigious position on the continent, as evidenced by last August he won his sixth Europa League title by defeating Inter Milan in the final or earlier in the semifinals against another team with a great history such as Manchester United.

Bayern and Seville are even in the European Super Cup, than they have each won it once: the Spanish in 2006 to Barcelona (0-3), in the first of their five attempts so far; and the Germans against Chelsea in 2013, the last of the four times they played it.

The party arrives surrounded by the peculiarities forced since last spring by the pandemic of coronavirus, although UEFA has set this appointment as a test for the return of stadium fans and study the impact on the so-called ‘Return to Game Protocol’ of this body.

Thus, the Puskas Arena, with a capacity that exceeds 60,000 seats, will be thirty percent open of its capacity and UEFA provided each competing club 3,000 tickets, of which the Seville It has made use of half a thousand and Bayern of about two thousand, all due to inconvenience and suspicion of travel and strict health protocols required.

On the sporting level, the Andalusian team reaches this Super Cup with little more than two weeks of preseason, a period in which he has played three friendlies with atypical formats, one against Levante and two against Athetic Club.

He also had the sevillista coach, Julen Lopetegui, the downside of the forward’s positive for COVID-19 Munir El Haddadi, who had to stay in quarantine and who has not joined the group’s work until last Sunday, so it is unlikely that he is in the best tone to measure himself against the German team.

The Gipuzkoan coach can no longer count, compared to the squad that left such good feelings in the final stretch of last year both in LaLiga -fourth place tied with third- and in the Europa League -champion-, with the brain of the team , the Argentinian Éver Banega, who went to football in Saudi Arabia.

Nor will the one who took ownership of the left back, Sergio Reguilón, who finished his stage on loan from Real Madrid and has now been transferred to English Tottenham.

On the contrary, a well-known Sevilla player has arrived from Barcelona as Ivan Rakitic, who must alleviate the absence of Banega; as well as the Argentine international Marcos Acuña, which covers the gap left by Reguilón.

Another reinforcement for this campaign is the playmaker Oscar Rodriguez, who arrived after two seasons on loan from Real Madrid at Leganés and who, in addition to his recent debut as an absolute international, has been very intoned in the preseason.

With them, Lopetegui could make some variations in his starting eleven before him Bayern, although it will not differ much from the one he constantly repeated in the last Europa League games last August.

Rakitic seems to be on the way out, but there are more doubts in Acuña, who joined the group last week, so Sergio Escudero would be on the left-back, while Oscar would await his opportunity from the bench.

Meanwhile, Bayern come to the duel for the Super Cup after their spectacular debut in the Bundesliga with a win uproariously 8-0 against Schalke, extending their winning streak to twenty-two in a row.

The treble of titles can become a quintuplete in two weeks, with the European Super Cup and the German Super Cup, which is one more reason for expectation for this duel in Budapest.

However, in the Bavarian environment there is a certain skepticism towards the two super cup commitments, the second will be against Dortmund, which add more games to a season that will already be quite tight.

Furthermore, the pandemic situation of coronavirus in the Hungarian capital has caused that the mere fact that the game is played sparks debates in Germany. Despite this, Bayern will seek the Title and hopefully he will play in Budapest with his best possible team.

Against Schalke, the coach Hansi flick had to do without Alphonso Davies and David Alaba due to muscle problems, although they have returned to training and are expected to be available, as well as Kingsley Coman, quarantined due to a positive coronavirus in a person in your environment.

The scorer was also in the last training session Robert Lewandowski, who had paused as a precaution, but whose participation in the Super Cup, according to the club, has never been in danger.

Bayern have started the season with the purpose of vary the play style a bit which he showed towards the end of the previous season.

Flick has admitted that the permanent high pressure that Bayern showed from the quarter-finals of the Champions League It is something that cannot be maintained throughout each game and is needs to introduce quiet phases through ball possession or also to withdraw a little at times and look for the backlash.

The game against Schalke was a kind of experiment for this variability and Bayern alternated moments of internal pressure with calmer phases and, also, with a couple of deadly counterattacks taking advantage of the Serge Gnabry speed and and Leroy Sané and the good eye of Joshua Kimmich to make long, precise passes at the right time.