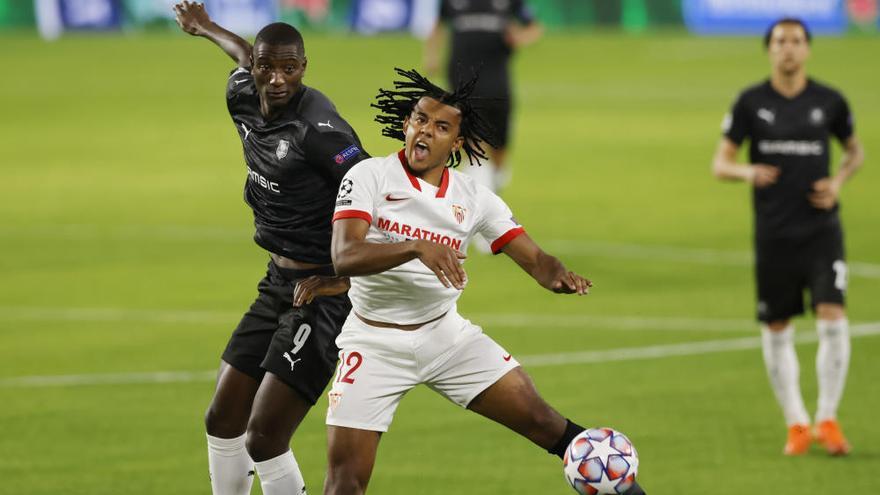 Sevilla won this Wednesday 1-0 at Stade Rennes and with his first win in the upper zone of his group in the Champions League, equaled 4 points with Chelsea, after a good game in which he deserved a much larger score given the numerous occasions that it generated before a relieved French team, seen what was seen, to avoid a win.

The Spanish team generated countless occasions throughout the match, including two finials to the stringer, but he lacked definition and could only overcome the Breton team 1-0, although that result makes the tie achieved on the first day (0-0) at Stamford Bridge against Chelsea to be firm in his intention to overcome this phase of the ‘Champions‘.

On the return to their stadium in Europe, eight months after Sevilla-Cluj on February 20 in the Europa League that ended up winning in August, Sevilla received a debutant in the ‘Champions’ who arrived with the losses of their heavyweights in the midfield, the young gala star Camavinga due to injury and the former Sevilla player Nzonzi due to suspension.

With the news of the return of the central Jules Kooundé After overcoming the covid-19 and with the Argentine Ocampos, the Dutch De Jong and Munir at the top, Julen Lopetegui’s team came out very strong, for their first victory in this competition, the same challenge that the team trained by Julien Stephan, third in the French League.

The Spanish team started with great enthusiasm, without speculating in the least, they always dominated the game and won the center of the field to the decimated medullary line of Rennes, in which Bourigeaud, the former Betis Jonas Martin and Grenier did not give enough to stop the attacks of a Seville very intense, deep and vertical.

Thus, the sevillistas, far superior, had good goal options in a first half that was practically a local monologue, with up to three early warnings in a shot from afar by Lucas Ocampos, a poisoned center of the incombustible Jesús Navas and a volley that Munir sent to the crossbar in the 6th minute.

Far from despairing, the Andalusians continued with their siege of the Gallic goal and, with Óliver Torres -substitute in the eleven of the Croatian Rakitic-, the Brazilian Fernando and Joan Jordán commanding in the middle, they forced Rennes to fight in defense. In fact, the Bretons only hung up some foul, plus a shy shot of Martin Terrier at 33.

With a very high pace and ten corners in favor, the team from the Nervión neighborhood only lacked what decides the matches: the goal. He touched it quite a few times, as in a header from Brazilian Diego Carlos who diverted the busy Alfred Gomis; in a hand in hand with Ocampos that the Italian goal of Rennes resolved; or in a Koundé shot. The clearest was the young Sevilla central defender, who headed on goal after 29 minutes, but his intentional shot took him out “in extremis” under the sticks in the middle Benjamin Borigeaud.

In the resumption he followed the same script, with Sevilla bossy and in search of a goal that, after an infinity of attempts, arrived in ten minutes with a magnificent header from an Argentine center Marcos Acuña from the left.

It was the reward for so much insistence and dominance. In addition, he did not stop in search of the 2-0 that would give him peace of mind against a timid Rennes, unable to generate danger against Lopetegui’s team, which again disturbed Gomis in a heads-up that eThe incisor Munir sent high, although the action was invalidated for offside.

To make matters worse, the Breton team had lost the experienced Bourigeaud due to injury at the beginning of the second half, who was relieved by Lea Siliki, a setback that joined the one already suffered in the first quarter of an hour of the crash. when retiring injured Italian defender Daniele Rugani, supplied by the Moroccan Aguerd.

Even so, Rennes, overwhelmed by the clear superiority of a very solvent Sevilla, which hardly suffered and was a gale in attack, showed a very poor offensive baggage, with which, except for a foul thrown by Grenier that forced the Moroccan goal to work Bono at 70 minutes, the chances continued to fall on the local side.

De Jong returned to touch the goal on a header from a free kick by Jordan, but Gomis stood out with a save, like Ocampos in a shot also with the head to the center of Navas, in a powerful launch by Jordán to the crossbar or in a high shot by Munir, but the lack of accuracy prevented Sevilla achieve what would have been a more than deserved broader marker.

Incidents: Match of the second day in group E of the Champions League played at the Ramón Sánchez-Pizjuán stadium, which was not attended by the public due to the health protocols due to the coronavirus pandemic.

Scare when Grosjean’s car exploded after crashing in Bahrain

The postponement of the Olympics costs more than 1,600 million