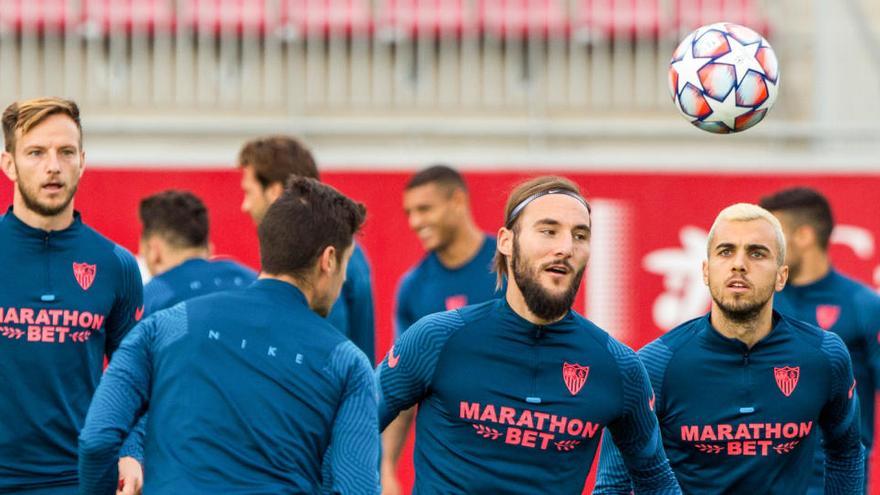 Sevilla hosts Krasnodar on Wednesday at the Ramón Sánchez Pizjuán stadium, a match that reaches Ecuador in the group stage of the Champions League in which the Spanish team can leave the goal of qualifying for the round of 16 on track and the Russian stay alive in order to continue with options in the next three days.

Sevilla, if they achieve victory, after the draw in London against Chelsea (0-0) and the local victory against French Rennes (1-0), would stay well positioned, with seven points from three games, to compete for the top two spots in group E.

Krasnodar, who drew on the first day as a visitor against Rennes (1-1) and lost in the second at home against Chelsea (0-4), if they won at Sánchez Pizjuán, they would get fully into the fight and would redouble his illusion for the fourth game of this phase, in which it receives precisely the sevillistas.

Both teams come to Wednesday’s game with bad feelings in their respective domestic tournaments, in the case of the one coached by Julen Lopetegui with three consecutive defeats; Pomegranate (1-0), Éibar (0-1) and Athletic (2-1), streak that radically cut another positive one of eighteen consecutive games without losing in The league.

The explanation may be in the lack of a goal, together with some defensive oversights and the accumulation of demanding matches in a squad that started their summer vacation last, after winning the final of the Europa League against Inter Milan, and starting this season with the European Super Cup against Bayern Munich, with which they fell after an extension.

The Gipuzkoan coach, with basic players saturated with minutesLike the right-back Jesús Navas, the Argentine winger Lucas Ocampos or the Brazilian midfielder Fernando Reges, he will have to weigh those who are best to face the game, although it does not seem that he is going to revolutionize the team much and this will be the one he uses the most.

In addition, wingers Jesús Fernández ‘Suso’ and Moroccan Oussama Idrissi and central Sergi Gómez have been outside the group for days in their injury recovery processes, so they will remain as casualties, as well as the right back Aleix Vidal and the French central Joris Gnagnon, who are not registered for this phase of the Champions League.

Krasnodar, for its part, also has problems in this visit to Seville, as it is mired in a game and results crisis, to which must be added the significant casualties it accumulates due to injury or covid-19.

The debutant in the Champions League, who already played two years ago at the Sevilla stadium in the Europa League (3-0), is paying the price of the effort made during the previous phase, and that started the group league well with a creditable draw in Rennes, although Chelsea put him in his place last week with more goals than play.

The ‘bulls’ are a very offensive team, so the absence of their three most creative players is making a big dent in performance. These are the Brazilian ex Getafe Wanderson Sousa, the French Rémy Cabella and the Swede Viktor Claesson, who have not been able to play a game in recent weeks.

Cabella contracted covid-19 two weeks ago, Wanderson has just returned to training after an injury and Claesson still doesn’t seem recovered from his muscle problems.

Russian coach, Murad Musáev, He has tried to replace them by reinforcing the midfield and handing the offensive responsibility to the young Daniil Utkin, but the results have not been good.

In an attempt to give a Copernican twist to the team’s dynamics, he could also put the jewel of the Russian quarry, Shapí Suleymánov, in the running from the opening whistle at the Sánchez Pizjuán, a player capable of changing a game, but who is covid-19 and injuries slowed its progression.

The worst thing about the last month is that the team lacks a lot in defense, although it has the future goalkeeper of the Russian national team, Matvei Safónov.

In the last matches, Musáev has displaced the Ecuadorian Cristian Ramírez, usual offensive left back, to the position of pure winger and in his place has placed a purer marker, Yevgeni Chernov.

Krasnodar have suffered three consecutive defeats, two in the league and one in ‘Champions‘, and is now tenth ranked in the Russian championship, a place that he had not occupied for many seasons.