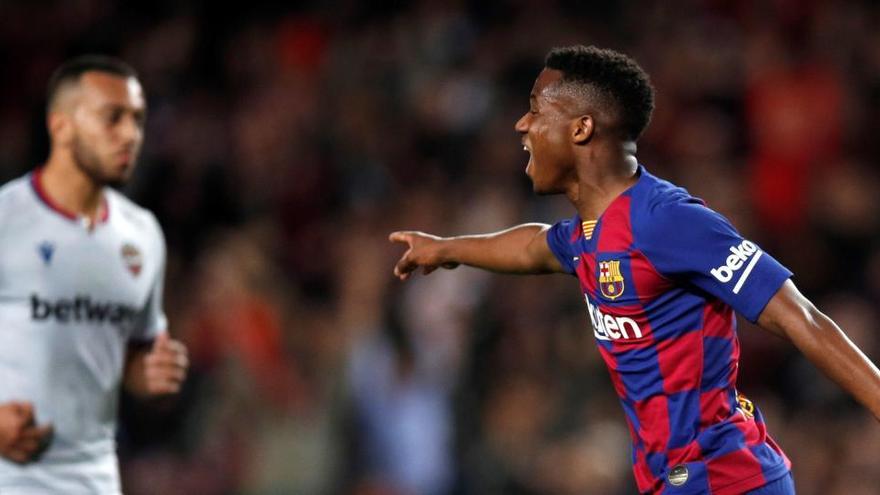 The good feelings of Barcelona of Ronald Koeman They have this Sunday at the Camp Nou another demanding test against him Seville, which will measure the maturity of a project that passed with flying colors the first two exams of the season against Villarreal and Celta.

There is still no euphoria in the Barça environment, but yes some optimism. Perhaps because expectations were low before the start of the course or simply because after 2-8 against Bayern Munich, morale was low.

The truth is that Koeman changed the spirit of a team that seemed to have entered a spiral of endless pessimism. The match against Celta (0-3) confirmed that something is changing. Barça played more than 45 minutes with one less player due to the expulsion of Lenglet and the team not only kept a clean sheet, but also scored two more goals in the second half.

Solidarity, physical strength and talent in attack. And that before Villarreal and Celta played seven starting players who suffered the last European shipwreck.

Koeman has given prominence to Ansu Fati, author of three goals In the first two days, he has recovered Philippe Coutinho for the cause and, after a busy summer, it seems that he has also got on the boat Lionel messi, who led his team against Celta.

Sevilla will be the third and last test before national stoppage, being the most complicated of this first section, so adding a full nine points in the first three league games would give arguments to those who believe that there are reasons for hope.

Not many changes are expected in the alienation of the premises, beyond the entry of the Uruguayan Ronald Araujo in the axis of the defense for the sanctioned Clément Lenglet, while the American full-back Sergiño Dest, signed this week, could make his debut in a call-up, although Barça is waiting to be able to process his license.

Sevilla come to Barcelona to play their fourth official game of the season in ten days, after the season began on September 24 in Budapest, with the final of the European Super Cup against Bayern Munich, and then get hooked on The league Santander on the third day to face Cádiz last Sunday at the Ramón de Carranza stadium and last Thursday at Sánchez Pizjuán against Levante.

Now again with almost no recovery time, face the always complicated visit to Nou Camp against Barça, a team that also started the tournament on matchday three and that has also won two wins, although both with impressive results.

Sevilla’s visit to the Barça field is almost always a martyrdom, as evidenced by the fact that they have lost the last eleven games played at the Camp Nou, where they have not scored since their draw at zero in the 2011-12 League and have not won. since January 2010, in the last 16 of the Copa del Rey.

Lopetegui, who is sanctioned, only has the absence due to physical losses of the U21 international Bryan gil. Given the entity of the rival and that the team will not compete next week when a window of matches of national teams opens, the Sevillista coach will not change his base ‘eleven’ much.

The Croatian will be in that starting team Ivan Rakitic, He is in his second spell at Sevilla after leaving Barcelona this summer, in which he has completed six seasons after his transfer from the Andalusian entity and now replaces the march to Arab football by Argentine Éver Banega.

Rakitic will be one of the Sevilla players who can relax a bit next week, as he recently resigned to play more with Croatia, although there are a dozen players in the squad who have been called up by their respective national teams.