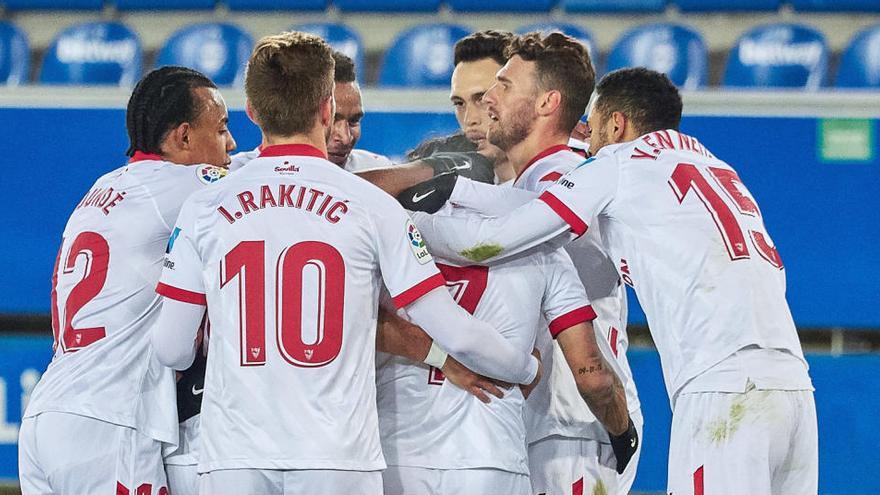 Sevilla goalkeeper Yassine Bono saved the Seville team in Vitoria against him Deportivo Alavés to the stop a penalty to Joselu Mato in the 90th minute and to enforce the goals of Youssef En-Nesyri and Alberto Fernández “Suso” who advanced the Hispanics in the first half up to two times, after the draw by Édgar Méndez in a match that ended 1-2 on the nineteenth matchday.

With this triumph those of Julen Lopetegui they recovered the fourth place, while Vitoria accumulated three consecutive defeats for the first time in the season.

The sevillistas took the upper hand but it was difficult for them to create chances when their rival settled on the pitch. Details of Abelardo Fernández’s stamp were already seen on the Basque team, that put the Andalusians in trouble from set pieces, but they did not have enough punch to overcome those from the Nervión neighborhood.

Little was enough for Sevilla to get ahead on the scoreboard. After three minutes, Youssef En-Nesyri picked up a serve from Jesús Navas from the right wing, which the Seville forward missed in the first instance, but managed to get into the goal later, after an important brand failure of the Vitorian rear.

Alavés barely had time to get to their stadium for the premiere in The league of Abelardo Fernández this season, but in minute 12 it was Édgar Méndez, who started the game as a forward, took advantage of a throw-in badly defended by Sevilla to equalize the head game and beat Bono.

The Basques pressed the ball out of the Andalusians, who suffered to filter balls, but generated danger when they exceeded the first line of pressure of the albiazules.

Despite the hustle and bustle of the early stages, Sevilla took the initiative, but the verticality of the premises set off the alarms of the Sevilla fans in the retreats to cover the bands and finials like the one Joselu Mato tried at 20 minutes, who entered the second row to beat Bono, but found a timely Jules Koundé.

The intensity of Alavés in the first half hour was reduced by a genius from Jesús Fernández “Suso”, who again overtook Sevilla with a shot too far away, unattainable for Fernando Pacheco.

The babazorros looked for the tickles from set pieces and with aerial balls to those of Julen Lopetegui, who were not fine in these defensive actions and they lacked forcefulness, although they went to the locker room with a slight advantage.

Alavés returned to warn with the indirect free kick in a resumption that did not change the script of the first, but Fernando appeared to truncate the header of Argentine Rodrigo Battaglia. The locals continued with their pressure and forced Sevilla to play long balls, far from their game plan, but they found their place in an open second half.

He kept combining, but managed to define in the last meters. Only a few sparks from Suso could sentence the meeting, with the permission of an Alavés who did not leave the party.

Joselu Mato found two good services from Rubén Duarte to tie the duel, but the Galician forward failed to see the door, at a time when Sevilla accumulated more men behind due to the Albiazul push.

The VAR went into action to cancel a Sevilla goal in the final stretch of the game and Alavés came alive to the last bars in which he could achieve the tie from eleven meters, after a hand from Jules Koundé, but Bono stopped Joselu Mato’s launch in the 90th minute and the victory went to Nervión.

Incidents: match corresponding to the nineteenth round of LaLiga Santander played without an audience at the Mendizorroza stadium in Vitoria.